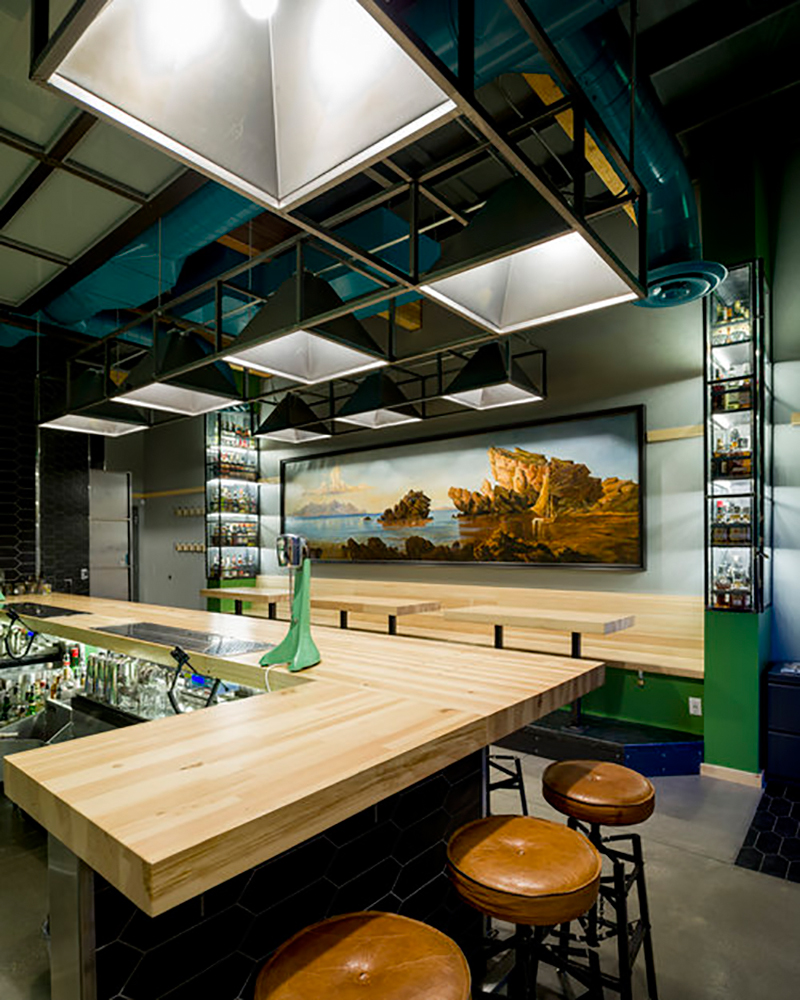 Good design shouldn’t draw attention to itself, even if the thing designed does. It should seem as though a space or object has just always existed. But there will always be someone behind the scenes obsessing over the details. Utah has many talented designers and fabricators—people who don’t merely wish something exists but make it through the power of will and specialized knowledge. The people at Creative Services Bureau, HI Co-operative, M3LD and Project Sunday are all talented in different ways. Though their mediums and tools may vary, they are unified through a love of beautiful form and perfect function.

Mark Hofeling and Matias Alvarez of Creative Services Bureau have long worked in the film industry in various capacities, and they have a very particular set of skills—skills they have acquired over very long careers. They can design, implement and create things, especially for one-off, client-based projects. Recently, they have applied these skills beyond the movies to projects ranging from commercial design to museum exhibits. “Where we come from in film, designers and management are hired guns, producing a ratty desert trailer park one day and a 1960s Tiki restaurant on the beach the next,” says Hofeling. “So for us, it’s less about finding a way to stretch a singular aesthetic around the shape of every project, and more about trying to invent a new, fully custom one for each client every time.”

When The Leonardo was creating its exhibition on all things flight, Creative Services Bureau pitched a bold proposal to treat 10,000 square feet. “From the first meeting to opening day was just over a year, with the basic outlines of the initial pitch realized in the final exhibit,” says Hofeling. The exhibit is large in scale and varied in content. They also recently completed a collaboration with Water Witch, an upscale cocktail bar that is part of the ongoing development at the Central 9th district. “I think our first pitch and renderings were not what they had expected, but they had the faith to believe in the vision. The bar now looks almost exactly like our first rendering,” says Hofeling.

They also fabricated the public art piece 10,000 Years of Labor in Utah, which was co-designed by Christian England and can be seen at Central 9th. It is a large welded steel collage representing Utah’s labor story. “My private passion is un-whitewashing local history that a certain local, powerful institution has spent decades whitewashing,” says Hofeling. We came up with this celebration of the countless hands—some known but most not—who built this place we now call home.” From their previous work, it is clear that Creative Services Bureau’s next projects might be hard to predict, though surely they will be remarkable.