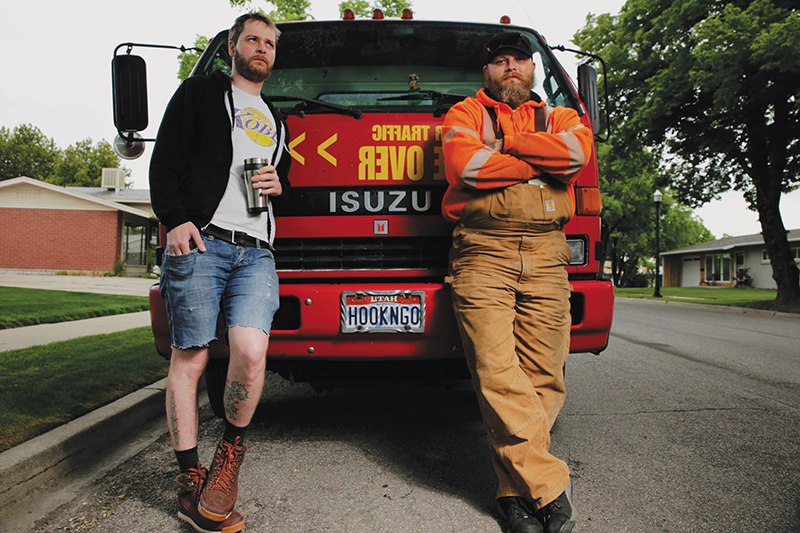 Some wise, old, famous dude who invented gravity with a tree shitting an apple on his head one time said something along the lines of, “For every action, there is an equal and opposite reaction.” This may be true. I’m not a rocket biologist, so I don’t know exactly what he means by this. I do know that in today’s world, where technology has finally prevented the phenomenon of trees shitting apples on our heads, this law still applies, but not necessarily with regard to the laws of physics—more so with regard to the laws of paying your bills.

What I mean is that if you don’t take action—such as the action of paying your car loan—there is a super shitty reaction, which can be your car getting repossessed. Basically, if Isaac Newton never had a tree poop on his head and was locked into a shitty car loan instead, he could have come up with the theory of gravity just as easily. And maybe my buddy Josh Rudy would be the guy who would take his chariot back to the dealership.

I asked Josh if I could go on a repo ride-along with him for the day and get the low-down on Tow Town. It was a ton of fun! It started with Josh picking me up, and we smoked cigs in the cab of the tow truck while we caught up. For the most part, it felt like being on a road trip where you get to steal cars before your final destination: a random repo lot.

While we were driving, Josh explained to me how the repo game works. It’s pretty simple: The company he works for is independently contracted with a few dealerships and title loan companies. When someone fucks up, they send Josh out to grab the car. When said person finally makes their payments, they get their car back. It’s similar to getting your power shut off.

Title loan companies seem to be the most cutthroat. In fact, if you can avoid ever using a title loan company, you probably should. If you need money that badly for crystal meth or something, just sell your shitty Ford Focus—because the interest rates on those loans are higher than a hippie in a hot air balloon, and chances are, you’ll end up with your car on the back of Josh’s tow truck and have no wheels anyway.

Some of these dealerships that sell cars to people—whom they know will probably meet the Grim Repo at some point after receiving their car loan—will put GPS units somewhere in the vehicle. Specifically, it’s for the purpose of Josh being able to find your car super easily, which was the case with the first car we repo’d that day.

As fun as it sounds to ruin someone else’s day by taking their car away, most people that get their car repo’d know it’s coming, and don’t really complain or get too upset. Josh is cordial and courteous throughout the process and has his own methods. Some repo companies will just hook it and book it, but Josh will notify the person to try to get their key and let them get their shit out of their car that they need. He’s nice to you until you are a dick to him. The other golden rule applies: Don’t start no shit, won’t be no shit.

But not all cars have a GPS tracker installed to make finding the car simple. Some you just have to chase down the old-fashioned way, thus beginning a fun cat-and-mouse game. This can require a little bit of luck, and on our second repo of the day, we got lucky by finding a car on Josh’s hit list. We backed up the truck, hooked one of the tires and knocked on the door to try to get the key from the guy.

For safety and entertainment purposes, Josh records and streams all of his repo’s live on the Periscope app under the handle monsterboss666. It’s definitely worth checking out. Good thing we had the camera rolling for this repo—the guy who finally came out of the terrible house we were at was covered head to toe in sloppy prison tats, with “Skin Head” tattooed on his forehead. The “K” looked like an “H,” so I’ll just call him Shin Head. I assume that he misspelled Skin Head on purpose so that he could still apply for a job at Taco Bell someday and tell the employer that it’s actually not a Nazi thing, but still keep his street cred with the brotherhood.

Things got a little tense for a moment when Shin Head didn’t want to hand over the car key. Josh is no stranger to confrontation, and he is a firm negotiator. Plus, we already had his car hooked, so at this point, Shin Head was just being a jerk. Finally, we were able to drag the car down the street without a major incident. And the satisfaction of taking away horsepower from white power made me realize why Josh loves his job so much.