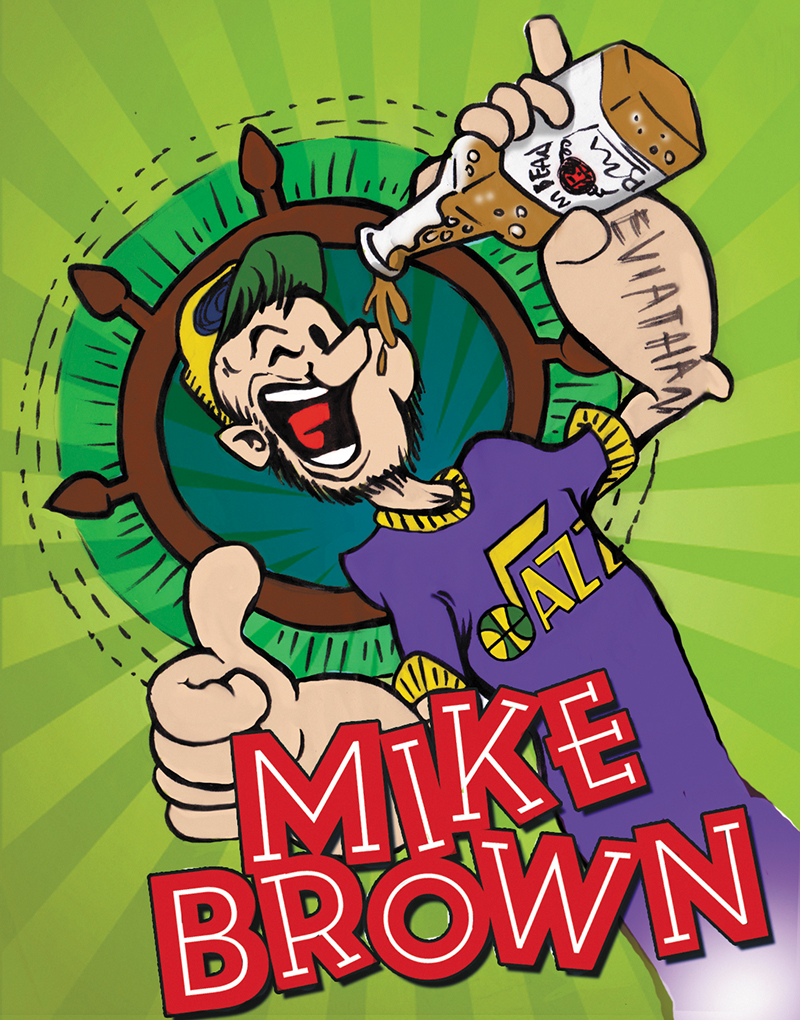 For SLUG’s Distillery Issue, I’m guiding our loyal, drunk readers on how to best navigate through the liquor store, and revealing the best deals. Since I pretty much just drink Jim Beam and it’s been on sale lately, I’ll start by suggesting that. I’ll do my best to guide you through the alcoholic apocalypse, but for the most part, I treat the Downtown Liquor Store like I would treat a whorehouse: get in and out and then in and out as fast as possible.

When at the liquor store—which I affectionately call The Circle L—you will always have to make a decision between saving your wallet or saving your liver. We all know that top-shelf booze can be easier on the hangover, but life isn’t supposed to be easy, and we live in a society where money is important, so I say fuck it. The best deals are the hooch in plastic.

That’s my first tip on saving money at The Circle L. I have a whole chapter of my life called “The Sunny Brook Days.” For those who don’t know, Sunny Brook is a bottom-shelf whiskey that goes for, like, $4 a pint. Me and my old roommate Paul, who is one of the thriftiest men I’ve ever met, used to rock a bottle each in our back pockets every weekend. Although “The Sunny Brook Days” chapter of my life is quite blurry, we did have some good times and some good pukes—aside from the night where a prank phone call I made somehow ended up with Paul getting a gun pulled on him. I just blame the Sunny Brook.

If you don’t opt for Sunny Brook, plenty of other whiskeys come in plastic. Old Crow is not a bad alternative—same with Ancient Age, Early Times, or you can step up your game a bit to some Evan Williams. The hangovers from these concoctions are gnarly, but we are talking about saving money here.

Aside from the price, another advantage to the plastic bottles is that you can safely pass out on them and they won’t break. I really think that this is why the cheaper liquors are packaged like that. The liquor companies are really looking out for the drunk, passed-out bums we all see on the street and are catering to that demographic.

While we’re talking about bums and saving money, you are going to have to navigate through a handful of them on your way to the entrance of The Circle L. So another money-saving tip—just don’t give the bums any money. If some of them have one of those clever cardboard signs that are really tugging on your heartstrings, give them some food—that’s what I do.

And while we are talking about navigating your way through The Circle L, keep in mind that if you have to go there on a Friday or Saturday night before they close, last call there is a total shitshow. The parking lots are ridiculously small (aside from the Sugarhouse and Rose Park locations), and the checkout lines are ridiculously long. I realize that this is no fault of the noble employees of the state-run establishment. I feel bad for them and don’t blame the brave cashiers one bit for their somber, soulless countenances expressing what they have to put up with on a Saturday night at 9:45. I applaud them.

The liquor store is probably the easiest place in the state to use a fake ID. For how strict this state is with the bars on their drinking policies, this has always struck me as another one of those quirky Utah ironies. Unlike all the taverns and established drinking establishments here, the liquor stores don’t use ID scanners. So heads up, freshmen looking to impress your elder frat bros: Don’t be afraid of the rent-a-cop standing by the door while you are walking out with a carton of Ice House and three bottles of raspberry vodka—he probably won’t give a shit.

Another thrifty tip I can think of is to just buy higher-proof alcohol. A bottle of Wild Turkey 101 will fuck you up faster than a bottle of Jim Beam for about the same price, even though I prefer the latter.

Some other things to consider when shopping at The Circle L are the holidays. A lot of liquor companies will put together cute, special Christmas packages with shitty little gifts in them at no extra charge. So you can buy a bottle of Crown Royal; drink it for yourself because you deserve it and the holidays are depressing; and give the free shot glasses away as a gift to your significant other that led you to drink the Crown Royal in the first place. It’s a pretty good value.

While we are speaking of holidays, keep in mind that the liquor stores in Utah are state run, meaning they operate like the post office … except for the fact that people actually use the liquor store these days. But during all the bullshit holidays that most normal Joes have to still show up for work for (e.g. Columbus Day), the joint will be closed. True alcoholics will plan around this and are aware of what day Labor Day falls on and plan ahead. You’ll need to double up your booze stash around these holidays, and Sundays, too.

The last tip that I can give you when it comes to saving money with regard to booze is a simple one, but I find it highly effective, especially when I try to explain Utah’s quirky drinking laws to out-of-staters: Just drink faster.