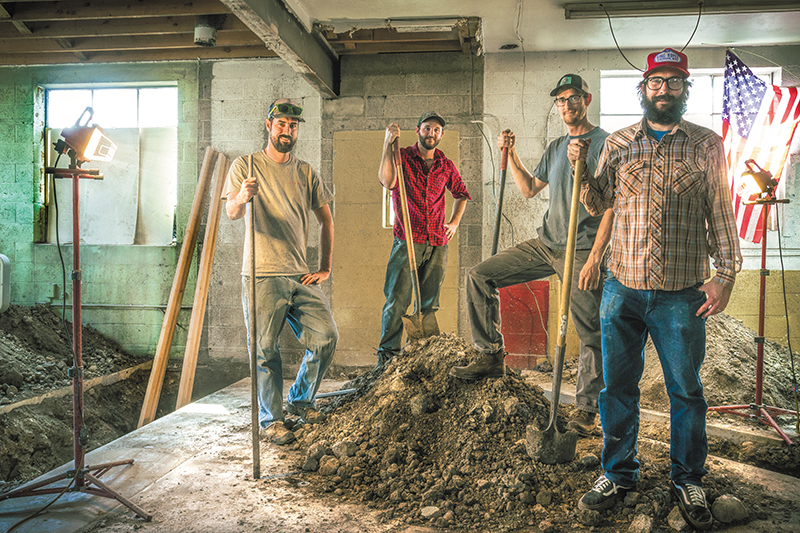 It’s no easy thing, bringing a brewery to life; it’s a whole other ballgame to bring one back from the dead. That’s what is happening now in Salt Lake City—the resurrection of one of Utah’s more legendary pre- and post-Prohibition breweries. The story of the A. Fisher Brewing Company began in 1884 when German immigrant and brewer Albert Fisher moved to Utah and set up shop on 200 South, next to the Jordan River. Now, his descendants are hoping to bring some of his old-world brews to the 21st Century.

To look at the modest space located in the Granary District of Salt Lake City, you wouldn’t think that this is a “Legacy Brewery” until you talk to Fisher’s four partners, whose enthusiasm for their brewery’s history is matched only by their passion for the beer. “It’s been a dream in our family for a long time to reopen the brewery,” says Tom Riemondy, general manager and one of Albert Fisher’s descendants. “I’ve listened to my aunts and uncles tell stories of the original brewery from their youth. Those stories have always stuck with me.”

Though Riemondy’s brewery memories are solely limited to family stories, many of Fisher’s relics still exist today in the form of actual product, advertising and packaging. All of these things are constantly on the minds of the Fisher guys. “We want to use as much of the historical logos and imagery as we can,” says Bar Room Manager Steven Brown. “All those ads from the past will be used verbatim in our new advertising, and the image on the original bottlecap is our logo.”

Having all that wonderful imagery is a brilliant move, but you can’t sustain a 21st Century brewery on 19th Century beer. “We’ll have a lot more variety than the original brewery,” says Head Brewer Colby Frazier. “We’re excited to modernize and explore new styles, but our flagship beer will be akin to the beers of that era. We’re calling that our Classic American Pilsner, and it will always be on tap.” That Pilsner will be accompanied by 13 other beer taps that will showcase four main beers with 10 rotating seasonal beers—all dialing in at 4-percent ABV. “At some point, we’ll do some high-point growlers,” Frazier says. “For now, we’re focusing on draft for our Aug. 1 opening.”

Tim Dwyer, Fisher’s General Manager, thinks that Salt Lake’s beer lovers will find their “immersive” approach to brewing comfortable and inviting. “The brewery is right there—no glass separating you from the brewery,” he says. “We like the idea of the bar not being isolated from the brewery. We just want to make accessible beer for locals—old-school or otherwise.”