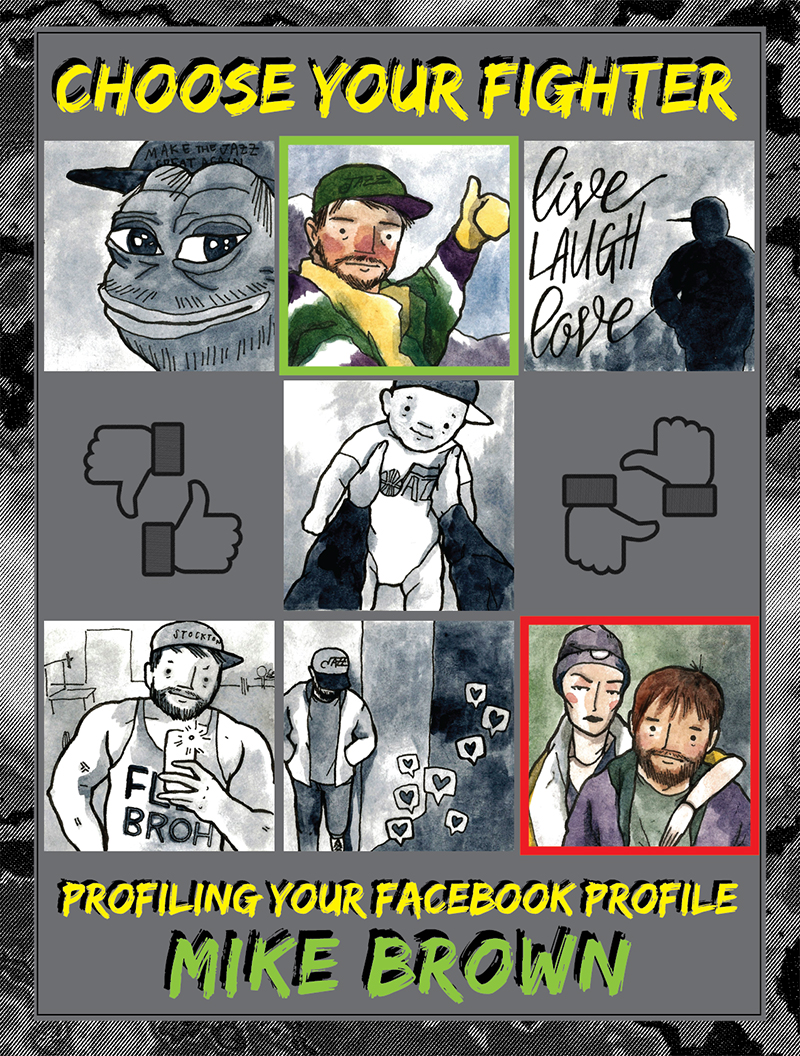 I, like so many millions upon millions, am basically addicted to checking in and wasting valuable and large amounts of time scrolling Facebook. Good or bad, the dopamine dump our silly, little brains get from the amount of likes we receive is real. I’ve realized that there’s a lot of different personalities on the FB that I don’t think existed even 10 years ago. I thought it would be fun to break some of them down and profile FB profiles. Chances are, you know at least a few of these types of profiles. Chances are, you are one of them. Also keep in mind that a lot of these profiles cross over. But let’s begin.

The Shit Poster: If you are unfamiliar with the term “shit posting,” hopefully, I can help. According to urbandictionary.com, there are 11 definitions, but the top one is, “The constant posting of mildly amusing but usually unfunny memes, videos or other pictures that are completely random or unrelated to any discussions.” This probably describes me the most on FB. I’ve personally chosen to never take FB seriously. It’s not quite trolling or cyberbullying, and the idea of interrupting “serious” FB battles with a shitty meme is kind of funny to me. I can see shit posting being more popular with the younger generation.

The Troll: We all know what a cyber bully is, so I’ll skip that definition, but the Troll is kind of a special breed of one. The Troll’s main objective is to get a negative reaction out of people by posting disagreeable shit. They might not even believe half of the shit they post. The Troll, these days, mostly lives under the bridge of the political spectrum, but they can be liberal or conservative. Usually, they don’t pick a political alliance so they can back-pedal on their comments when needed.

The Ultra-Blocker: They’re kind of like a troll, but a little different. They post an opinion or pic, and anyone who casually disagrees or engages in intelligent debate gets blocked. Trolls like to see the reactions, so they don’t block as much. The ultra-blocker defines the echo chamber that FB provides for so many. They’re never willing to hear another side of things, and thus never actually progress in any real change. I actually like trolls more than I like Ultra-Blockers.

The Baby-Blaster: These are the people whose entire feed is just a stream of their baby. We get it, you procreated—congratulations. They rarely post the real shit, though, like diarrhea diaper explosions at 3 in the morning or constant crying or the future abandonment issues because Dad isn’t in the FB feed at all. Regardless, I wonder what effect this has on the evolution of human reproduction? Much like Instagram food pictures, this could make a lot of people baby hungry and spike the population.

The Insta-famous: These people post all of their social media content on their FB feed, usually take a lot of selfies or food photos and think that a Snapchat filter constitutes as a legit, real image. They usually get a ton of likes from creepy dudes and sometimes thrive off the amount of likes. Some of them are models that actually get paid. I’m not hating—if I could get paid to post pics of me in my new swimsuit, I totally would. They kind of found a gap in the system, and I respect that.

Workout guy: The bro equivalent of the Insta-famous but will never get the same amount of likes or creepy DMs. He sometimes poses with a Photoshopped six pack and is probably the guy sending out the creepy DMs to an Insta-famous girl.

Outdoor guy: A majority of these posts are of this dude camping, hiking or doing fun anything outside. He probably owns at least three GoPro cameras, a dog and seems to be genuinely happy. This enables most of his FB friends not to enjoy the outside world and live vicariously through his feed. He’s killing it at life and making the rest of us just want to kill ourselves for being trapped in a cubicle.

Inspirational Meme person: I can’t sugar-coat this one: I’m pretty sure that the more inspirational memes a person posts, the more unbalanced they are.

The relationship poster: This person posts constantly about their relationships, or usually the lack thereof, focusing on the intense loneliness of sometimes being a human—plenty of “Men can’t be trusted and here’s why” or “All women are evil, blah, blah, blah.” Look, I understand heartbreak—most people do—but the irony here is that no one would ever want to date you out of fear of being put on blast. So please just shut up and get a drinking habit. That seemed to help me.

I’m sure there’s plenty more FB profiles we could profile. The weirdest thing to me about the internet friends I have is that I can count all of my real-life friends on my fingers and toes. That’s life these days. For some strange reason, I miss the Dewey Decimal System.