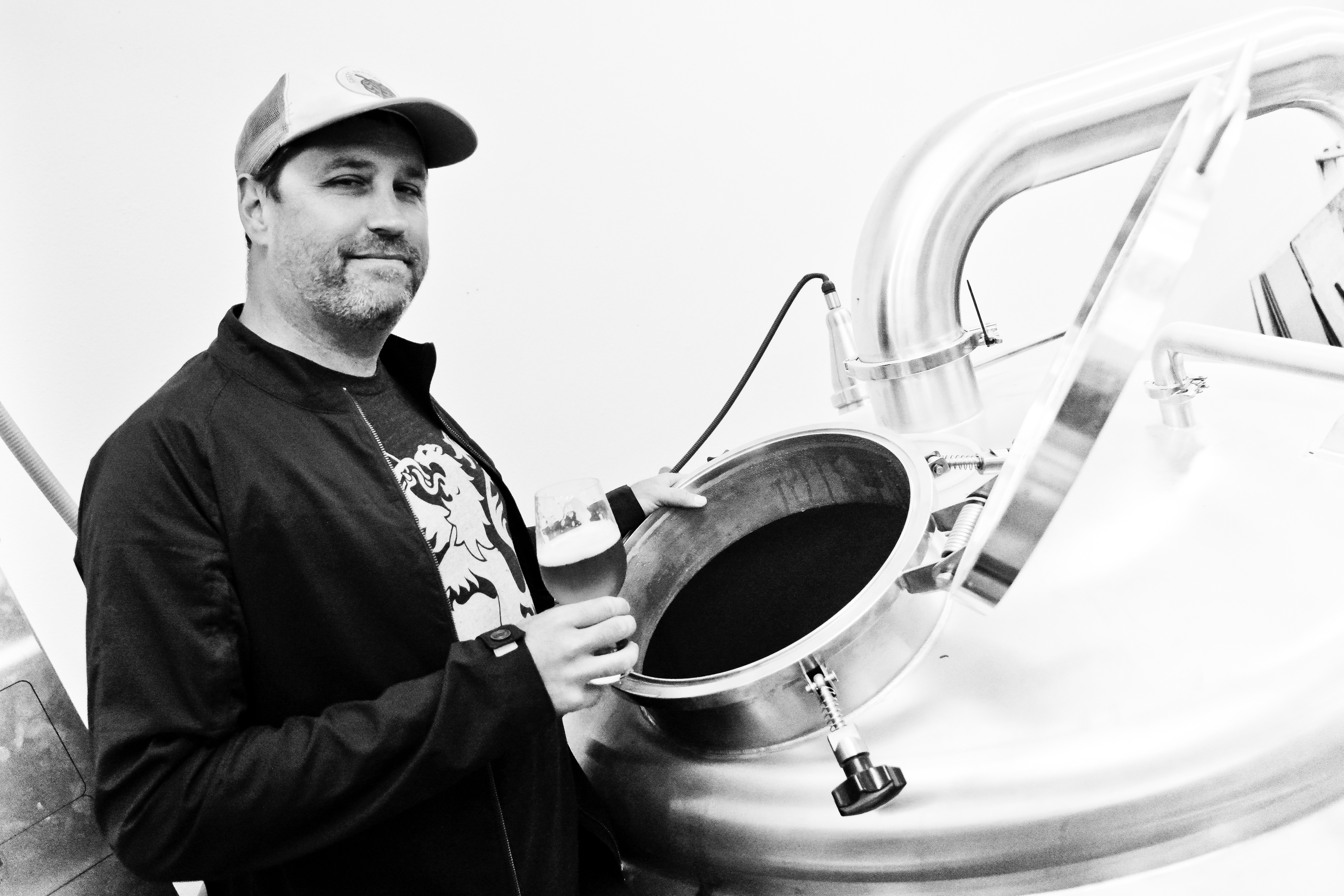 SaltFire Brewing Co.: The Brewery Built from the Bottle Up

When starting a brewery, the tanks and fermenter are generally the first things one ought to acquire. Ryan Miller, Owner and Founder of the up-and-coming SaltFire Brewing Co., probably would have gone in that direction as well, but sometimes life has a way of giving you lemonade long before you have need for the lemons.

Miller, an avid home-brewer for most of his adult life, is building his brewery from the bottle up. “I started home-brewing back in the early ’90s while attending Westminster College,” Miller says with a grin, but his passion for craft beer didn’t end there. “Once I hit grad school in Arizona, I was fortunate enough to find myself living near Four Peaks Brewing, in Tempe, Arizona.” This is where Miller started to develop a more personal relationship with beer culture—not just with the beer. “It wasn’t until I moved back to Salt Lake to work as a software project developer—that’s when the wheels started turning.” To me, beer and software are from two different worlds. For Miller, there was more cause and effect from being on the road. “There was a lot of travel involved,” Miller says. “While on the road, I’d seek out craft breweries, and after a few years of doing this, I decided this is what I should be doing.” He was beginning to find his focus but was still a long way from creating SaltFire.  “I still needed to know the realities of what was really needed to get off the ground,” says Miller. “I started picking the brains of local breweries, and that was very helpful.”

These realities took Miller to places he was only vaguely aware of from a beer consumer’s perspective. “I knew that if I was going to be brewing in Utah, I’d have to plan on bottling because we, as brewers, want to brew our beer to style, which means above 4 percent,” he says. This is where the realities of starting a brewery become more apparent. “You need to keep cost down,” Miller says. “I started doing research on affordable bottle lines, and found that there are basically two options: You’re either spending a couple hundred dollars for a single-bottle filler, or you’re spending tens of thousands for a fully automated, two- or three-bottle filler.” That’s a pretty big gap for any entrepreneur to find themself in.

Staring down two unappealing options, Miller chose a different route. He says, “I decided to do my research and design my own four-head, manual, counter-pressure bottle-filling machine,” which could be tough for a guy with little engineering in his dossier. “Luckily, I’m fortunate enough to have a friend that knows about these things and was able to manufacture my concept. It’s not too different from the original prototype.” With this concept, Miller has managed to fill this particular gap. “Yeah, I started looking at this thing saying, ‘This thing fits the bill for so many nano- and microbreweries that can’t afford to jump into those 10,000-plus packaging systems.’ So, we ironically found ourselves filling this little niche nobody had tapped into.”

Miller’s niche bottle filler not only solved his bottling problem but also filled a gaping hole in his budget. “Oh my god, it just took off,” Miller says joyfully. “We’ve sold a couple hundred of these machines all over the world over the last two years.”

After picking my jaw up off the floor, Miller proceeded to blow me away again. “This bottler has really paved the way. It’s paid the rent and funded all of our brewing equipment.” Miller gestures to the brand new Brewtech system that he purchased last year. “It’s been thrilling. Not a lot of breweries can say that they’re already in the black and they haven’t even brewed a single pint of beer. It makes me feel like we’re on the right path and doing the right thing.”

With the advent of so many new breweries hitting the market, you’ve got to wonder if there’s space for more new beer as much as there is a new bottle filler. “I’ve thought long and hard about that,” Miller says. “Salt Lake originally wasn’t my first choice for a brewery just because of the stringent alcohol laws, but as I delved deeper, I noticed that other larger markets like Denver and Portland were getting completely saturated with breweries. I haven’t seen that happen here yet.”

While Utahns are notorious for being on the bottom as far as beer consumption goes, Miller is optimistic about our future. “I think Utahns crave a vibrant craft beer scene with lots of options that many larger cities take for granted,” says Miller. “Look at Fisher Brewing. Those guys burnt through 11 barrels of beer on their opening weekend, trying to keep up with demand. That’s great to see.”

Miller would like to set his ABV goals high. “We’re going to focus on some nice, big ales like IPAs, stouts, porters—then we’ll move into some ‘Utah beers’ later, but since witnessing how well the Fisher guys are doing with their 4-percent beers, we’re moving up our timetable to get our taproom open with some draft options to go along with our bigger beers.”

There’s a nice community of breweries popping up in the south part of SLC. With the advent of the RoHa Brewing Project, Shades of Pale and soon SaltFire, there won’t be too many areas that don’t have fresh beer within minutes of your home. Look for SaltFire to open its doors near the beginning of fall 2017.