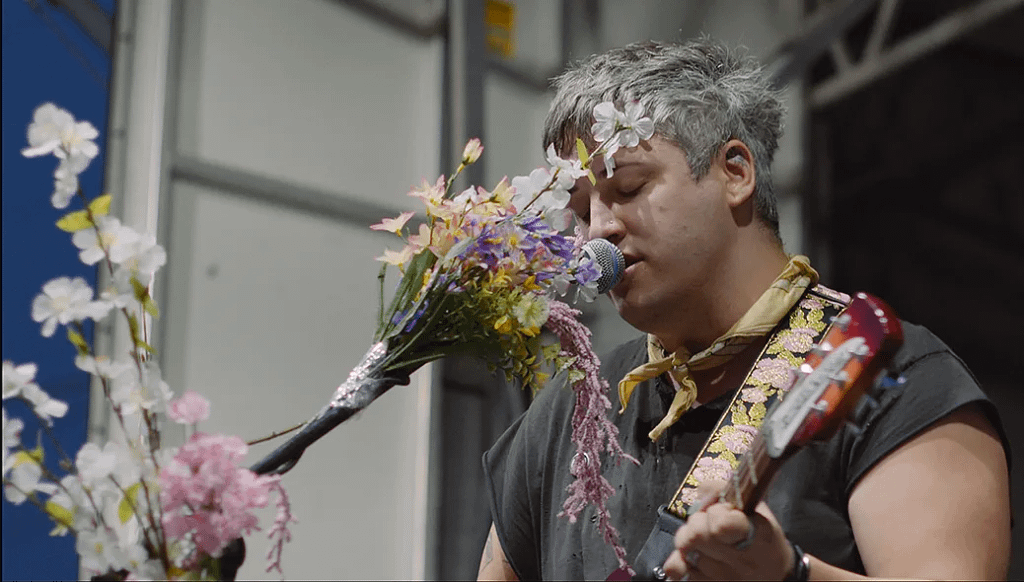 The Field, brainchild of Only Loud's Alexander Blocher, comprises 2021 concert footage of 16 different Salt Lake-based bands into a feature-length film.

On Mar. 28, The Field—which comprises 2021 concert footage of 16 different Salt Lake-based bands, including Musor, Branson Anderson and Sculpture Club—will have its first test screening at 6:30 p.m. at Brewvies Cinema Pub.

The Field is the brainchild of Alexander Blocher, who filmed and edited the movie. Blocher, a 2015 film studies graduate from Ohio State University, moved to Salt Lake in the summer of 2020 with some music friends—some of whom he filmed for this movie—to get a hard reset on life and focus more on his film projects. At the time, Blocher had many film ideas that never came to anything. “I feel like I was slacking off for a few years pretty hard. This [last] summer I was like, ‘You know what, fuck it. I need to do this. I need to get back into it. I’m just going to start doing it,’” Blocher says.

“Let’s push what I can do with a band live. What can I technically do that looks cool but is also sort of down and dirty and raw?”

The Field is produced by Only Loud, which started out as Blocher’s photography project in Columbus but has since developed into his film production company, specifically meant for his work with musicians. Blocher began filming concerts only last September as a way to experiment. As he watched the footage back on his projector at home, Blocher thought to himself, “I feel like I need to see this on a bigger screen with people around.” When the project first initiated, Blocher was filming friends’ bands, but it quickly grew to shooting bands he didn’t know and other bands reaching out to him.

Blocher says filming concerts is his comfort zone where he can experiment freely. “There’s the technical aspect,” he says. “Let’s push what I can do with a band live. What can I technically do that looks cool but is also sort of down and dirty and raw?” This ethos has led to a “plant your feet” filming style, shooting close with long lenses. Blocher feels this allows him to get the shots he’s looking for, while still being considerate of the band and audience’s need for space. “When I’m in a show, at least for each song, I don’t move. I don’t think you should interfere with either the band or the audience,” he says. Instead, it’s the camera itself he moves. “I think that’s what helps the footage be pretty dynamic,” Blocher says.

“It’s pretty experimental in terms of a standard documentary [because] there’s no interviews—you just stumble into someone’s life for a second.”

The Field takes its name from the notion of field photography and documentation wherein artists try to capture subjects in their own environment. “I really wanted to understand the musicians better by immersing myself into a space outside of the venues that people typically see them in,” Blocher says. To accomplish this, The Field includes short-film vignettes of the members doing a variety of things that usually have nothing to do with music—working their job, ice skating or shooting guns at Stansbury Island, say. “Every band has a different location, theme or activity that either they’ve chosen or have trusted me to choose,” Blocher says. “It’s pretty experimental in terms of a standard documentary [because] there’s no interviews—you just stumble into someone’s life for a second.”

The process of filming, editing and organizing this project by himself has been a stressful but worthwhile experience for Blocher. “I’m kind of losing my mind honestly,” he says. One of the biggest struggles was retrieving good audio. Many of the shows Blocher filmed didn’t have a soundboard, which puts him at the mercy of a field recorder and the space itself. “It’s hard being a one-man crew and not having good connections with every venue or access to soundboard audio,” he says.

Blocher is excited both to finish the film and for people to see it. He hopes viewers go in with an open mind. “I hope that everyone who watches it … understands that there’s not really a narrative individually. There’s a narrative as a whole, but this is just a bunch of bands who you haven’t seen in this kind of way before,” Blocher says.