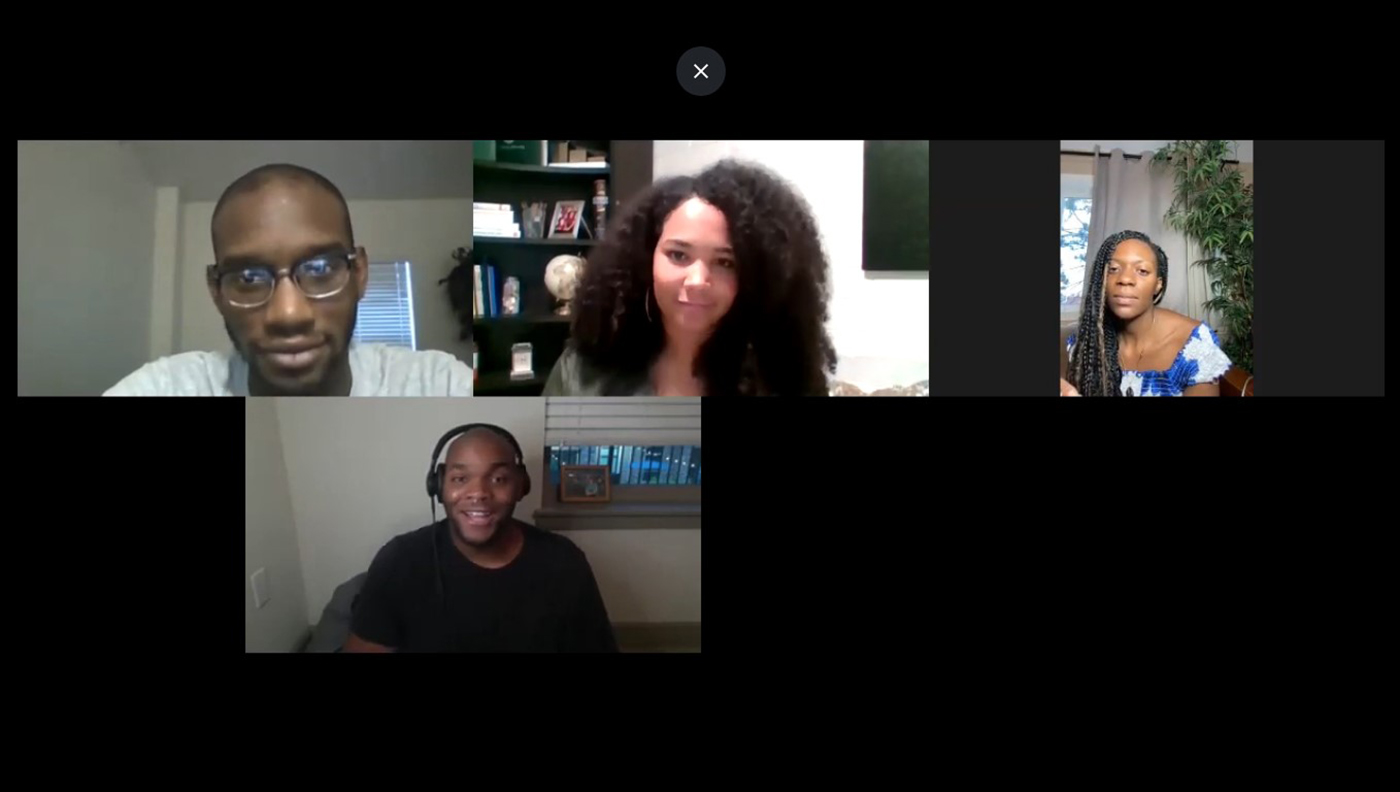 Photo courtesy of An Other Theatre Company

Igniting Empathy with An Other Theater Company

An Other Theater Company

Kacey Spadafora and Taylor Jack Nelson, the two co-founders of An Other Theater Company, had a love for theater starting at a young age. They both found themselves more attracted to the acting side of theater initially, but as time progressed, they found that production was the obvious path. Spadafora dabbled in self-directing his own shows while he went to school at Utah Valley University—he realized that if he wanted to see the shows he desired, he’d have to make them himself. Similarly, Nelson studied theater at Utah Valley University and became increasingly involved with Spadafora and his unprecedented theater exploits in Utah County. There was potential for the theater scene in the area to go beyond the usual family-friendly, G-rated musicals. Spadafora says, “That’s a very limited scope of what theater has to offer, so we wanted to broaden those horizons.”  The two founded An Other Theater Company in 2017 with the shared vision of an all-accepting theater in the valley that they both love so dearly.

“It means that we will center the voices of the marginalized. That we will prioritize art that disturbs the comfortable and comforts the disturbed.”

Joining Spadafora and Nelson on their journey are Shelby Noelle Gist and Liz Joyner. Both of these company members started out supporting An Other Theater by attending shows and holding season tickets. Gist auditioned for the company, and was eventually welcomed as the Co-Artistic Director. She directed her first play with the company, Something to Cry About, this past November. Joyner had similar origins with the company when she applied and was accepted into various roles around the theater. Her more recent title is Production Manager.

The name An Other Theater Company defines this team as creatives and as people. Spadafora says, “When we came up with the name, it was half-joking,” but also says that the name is far deeper than the pun and exemplifies that the company focuses on “the other.” Joyner expands on this, saying, “It means that we will center the voices of the marginalized. That we will prioritize art that disturbs the comfortable and comforts the disturbed.” Otherness is simply defined as the state of being different, essentially becoming “the odd one out.” For An Other Theater, these stories of the “othered” are centralized around Black, Indigenous, People of Color (BIPOC), LGBTQ+, fat, disabled and immigrant issues. Through acceptance and community, the company hopes to open minds with these stories and inspire empathy in their audiences.

As the theater members reflect on how they’ve grown, Spadafora and Nelson mention that they now know more about what it takes to run a theater company. However, they also acknowledge all the time and effort it takes to put on a single show within their framework. Gist reflects on the murders of George Floyd, Breonna Taylor and Ahmaud Arbery and how theaters began to look within to change company culture. Gist, the first person of color to join the company, says, “I found that this company has the compassion and humility to change so much in such little time, to create space that is intersectional and forever adapting,” another astounding way that this small theater company is fostering positive change within the community.

“I found that this company has the compassion and humility to change so much in such little time, to create space that is intersectional and forever adapting.”

Recently, An Other Theater Company has started a monthly panel series for minoritized creatives in theater. The main goal of these panels is to produce a safe platform for others to share their ideas regarding certain topics or identities in theater such as the roles of BIPOC, LGBTQ+ and disabled individuals in theater. A moderator leads the discussions and asks panelists questions that vary between panels. Each speaker shares wisdom and advice regarding discrimination, representation, positive experiences and necessary change.

“There is no ‘default’ human, and we should stop casting as though that were the case.”

Through these panels and more, there has been a strong—albeit small—community built around An Other Theater Company. An intimate space between the stage and the audience generates a feeling of interconnectedness that some other theaters lack. An Other Theater Company strives to positively represent everyone involved with their shows. In particular, Joyner speaks of erasing white-washing and other discriminatory casting practices from theater altogether. This also includes the conscious practice of casting marginalized actors in roles where the character doesn’t traditionally call for it. “There is no ‘default’ human, and we should stop casting as though that were the case,” Joyner says. Theater, like many other types of art, has the ability to create empathy, and An Other Theater Company is set on creating empathy for the “other.”

An Other Theater Company is also unique in the way that they select their shows for the season. Seasons are quickly picked for each year, and there is a selection mandate that requires a certain percentage of the shows written by women, LGBTQ+ and BIPOC individuals. One show that doesn’t fit into the requirements above is also put on each year. The theater’s Artistic Directors choose members for a selection committee where shows would be pitched. Due to COVID-19, the theater has decided to keep its doors closed to traditional theater experiences, opting for safe, distanced shows. The pandemic has caused An Other Theater Company to think outside the box when it comes to performing, but they’ve already been on the ball. They produced two streaming shows, Odd Shaped Balls and Something to Cry About, shown in April and November, respectively. There was also a drive-in production of Last Train to Nibroc, where two actors performed outside with microphones as the audience circled around and listened in on a radio station.

More information on these innovative and inspiring shows can be found at anothertheater.org.