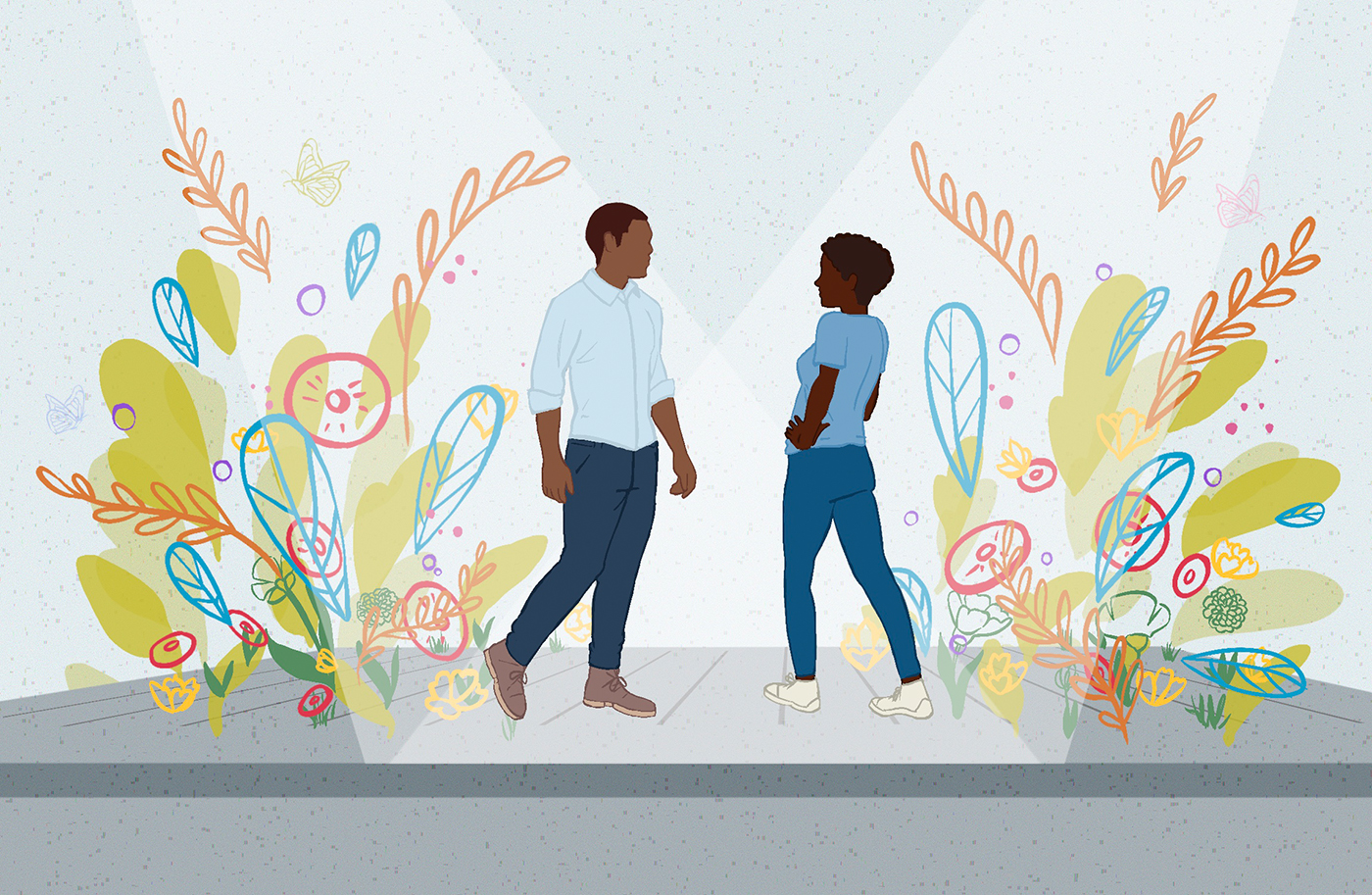 Over the pandemic, Plan-B Theatre has continued to workshop plays by using video-conferencing tools. Their new production, Local Color, is the first result of these endeavors to present what a theater production in our current environment might look like. This particular production will highlight four plays by local playwrights and was the yield of the Theatre Artists of Color Writing Workshop (TACWW), a Plan-B–hosted workshop among local playwrights of color. Amid social distancing, these will be streamed online—from June 3 through June 13—as an audio-only experience with a pay-what-you-can price tag.

“The intersection of queerness and art in myself was made manifest in the company.”

Plan-B Theatre has been around since 1991 and is currently led by Artistic Director Jerry Rapier. As a son of Japanese immigrants and a gay man, Rapier has been an ardent champion of both BIPOC and LGBTQ+ works for decades. He moved to Salt Lake City in 1994 and found that both his ethnic and queer identities were difficult to traverse here at that time. Fast-forward six years, and Rapier had become Plan-B’s Artistic Director. “It quickly became a huge part of my identity, and I quickly became a huge part of its identity,” he says. “The intersection of queerness and art in myself was made manifest in the company.” Over the course of eight more years, he was able “to fold in my perspective as a person of color” and create avenues of expression for BIPOC groups through his efforts in the theater community.

The plays cultivated through the TACWW will broadcast during the upcoming Local Color production. It will premiere four short plays by four different playwrights of color, two of which also include themes of queerness and ethnicity/race. In his play Organic, Tito Livas juxtaposes a healthy relationship between two gay men and a gay man still struggling with his sexuality and suffering because of it. Dee-Dee Darby-Duffin offers a comedy about two girls connecting over an awkward situation in her play DoLs—which stands for “daughters of lesbians.” Chris Curlett tackles themes of male vulnerability and Black tokenization in Guise, and Tatiana Christian explores mental health and dead-end jobs in Suicide Box.

The plays by Livas and Darby-Duffin offer intersectional vantage points through stories that deal with queerness and race/ethnicity in tandem. When speaking with them, they both very much feel that this was not intentional, per se; this is simply them reflecting the world through their lenses. Both plays contain varying degrees of autobiography and have resulted in something important to them: the ability for them to tell the stories that they want to tell.

“The organic nature of how we wrote these plays goes right along with the organic nature of our intersectionality,” Darby-Duffin says. She is not so much interested in writing a queer-plus-Black anthem as she is interested in writing about her quotidian existence, which just so happens to be inextricably linked to her experiences of queerness as an ally and her Blackness. DoLs is based on an experience she had when she was younger that she found funny, where she met a girl at the park who was a part of the group “DoLs,” and Darby-Duffin herself ended up being a part of that group as well. “We need to stop with the trauma porn,” says Darby-Duffin, “and we need to write about our regular everyday lives.”

Livas adds that he’s interested in portraying gay men of color in a way that’s grounded in reality and does away with some of the more cartoonish depictions of gay men often found in mainstream content. His play Organic takes the audience on an emotional ride where the antagonist elicits a bit of empathy and the protagonist must re-evaluate his own biases and his reactions to them, loading an otherwise mundane situation with ideas to unpack.

Beyond intersectional content, the plays from Curlett and Christian also tackle important themes that can often go missing from our everyday conversations. Curlett, in his play Guise, presents a locker-room encounter between two men in which one of them is struggling with issues of depression and anxiety and the other is struggling with how to best help support his friend. In Suicide Box, Christian offers a view into a Black woman who is struggling with self-harm, suicidal risk and trying to keep it together at her call-center job.

TACWW showcases the value in having a room full of people with similar experiences that led to Local Color’s works. “Plan-B was the first and only place, I felt, that was not just talk—they followed through with aiding BIPOC artists to tell their stories,” Curlett says. “And now, I am taking all my influences, passions and knowledge [from] over the years and putting them into my plays.” Christian adds that “white supremacy undercuts a lot of art spaces so seeing a space that pushes back on that is wonderful.”

“Plan-B was the first and only place, I felt, that was not just talk—they followed through with aiding BIPOC artists to tell their stories.”

My conversation with these playwrights felt almost therapeutic, which seemed like a glimpse into what the TACWW in session might be like for people seeking much-needed opportunities for and among those like them without creating a genre out of their identity. Affirming this continual intention, Livas asserts, “I want color onstage.”

Don’t miss the opportunity to hear contemporary, locally grown theater by queer and BIPOC playwrights via a safe, virtual medium. Local Color premieres online at 8 p.m. on June 3 and will be available to stream until midnight June 13. Tickets are “pay what you can.” More information, including how to purchase tickets and how to stream the production, can be found at planbtheatre.org/product/localcolor.

Editor’s note: This article previously and erroneously stated that Darby-Duffin is queer. We’ve corrected this in the online version to reflect that she is an ally.