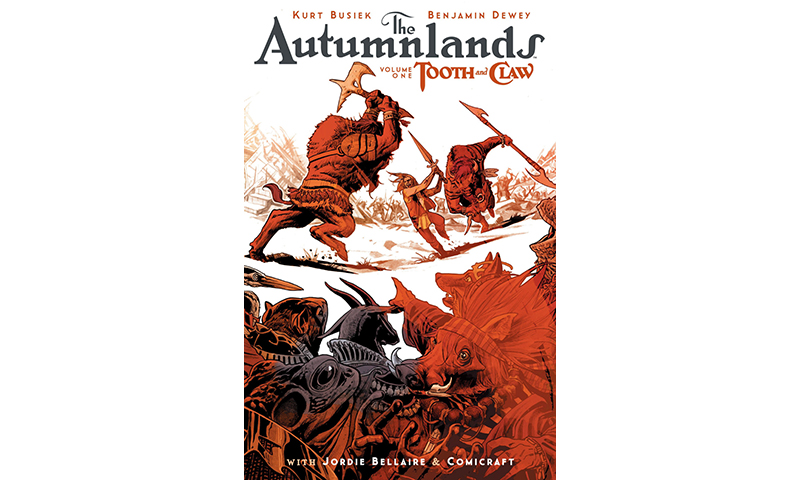 If you enjoy fantasy, even  just a  little bit, then The Autumnlands is right up your alley.  With anthropomorphic animals who are every bit as charming and varied in personalities as any human character and just as intriguing and cheer-worthy as any superhero, Autumnlands captures the imagination with its beautiful artwork, but was a little overwhelming with all the character introductions and developments. To avoid stepping into spoiler territory—much of the story’s entertainment comes from not knowing what is going to happen—a brief and broad explanation of this story is that this story takes place in a world where magic is dying.  The world is a high fantasy setting,  characters give prayers to their multitudes of Gods and travel on flying cities powered by magic spells.  The characters try to find a way to renew the magic and stop a potential revolt. Kurt Busiek is an excellent story teller, and although Autumnlands is a slow burn and it took awhile for me to get into the story, I can see all the potential this comic has to offer.  The art of Ben Dewey was very pleasing to the eyes and several of the pages warranted a second or third look.  If the story doesn’t draw you in and make you feel like you are visiting a true fantasy land, the art surely will.  Although the story took sometime to pick up they left on a cliffhanger and has me wanting to pick up the second volume. —Kristal Starr