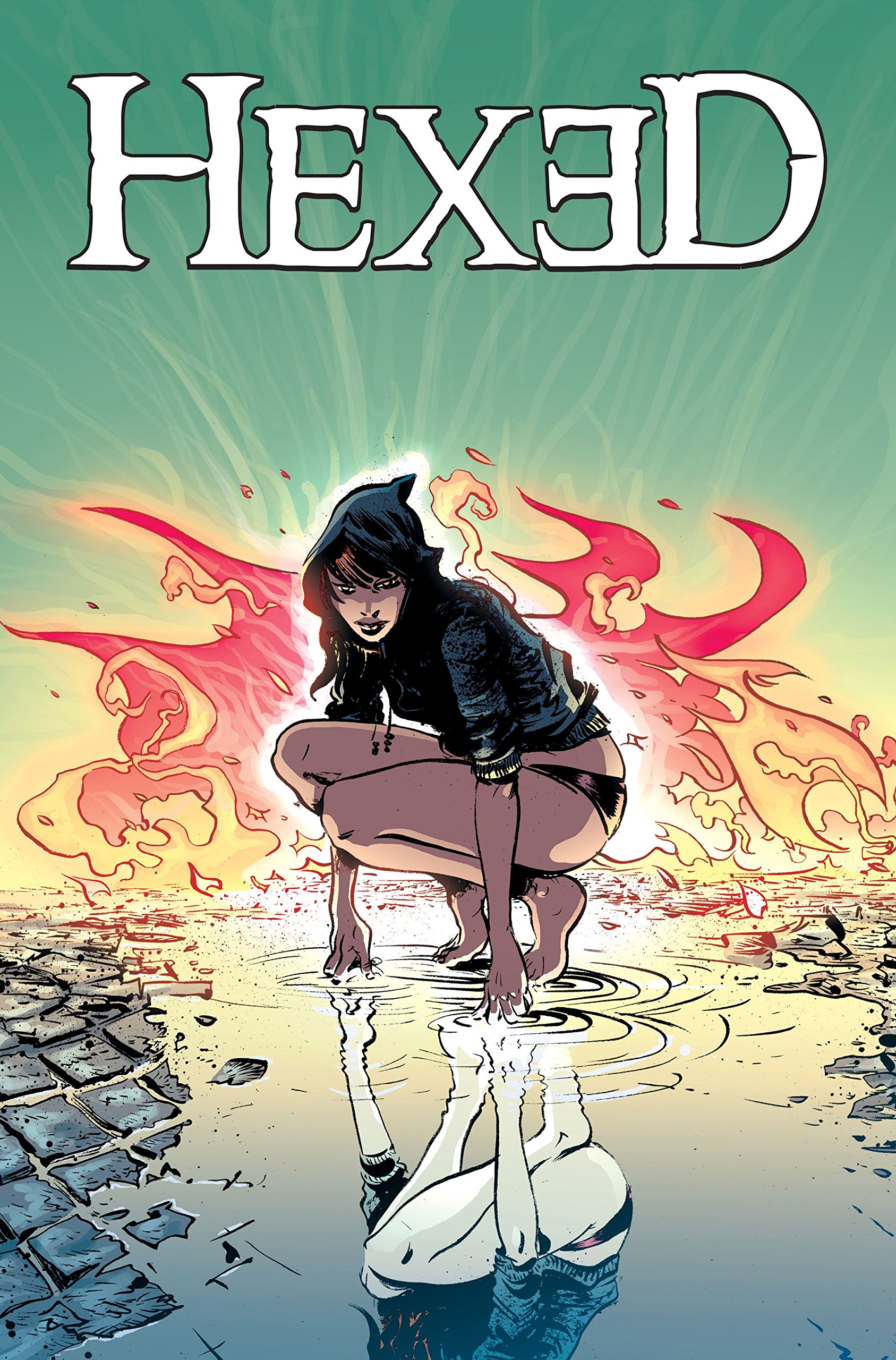 Nothing Wrong With Being Hexed

One of the best things about comics is getting to explore an entire world and spending the time to see how it all works and comes together. It’s so enjoyable when it’s done so well. Hexed starts with one of the best first issues I’ve ever read. We’re immediately dropped into an art heist, and we meet our hero, Lucifer, a young female who has more to her than it would appear. She handily defeats a team of opposing thieves with magic spells—while making snarky comments about how they look like space ninjas—but when a security guard has a heart attack, she whisks him magically into a painting and goes for help, so we already know she has a rough exterior, but deep down, she has a heart of gold. The pace that is set in this first entry is so good that you’re given a bunch exposition, but because it happens along with so much action and jeopardy, it never feels forced. By the end, we’ve met our hero who steals magic items to keep them safe, her mentor, Val, and an intern who gets her soul stolen by the end of the issue. They give a ton of info, but like all good storytellers, they make it so the more I find out, the more questions I have, so I have to keep reading.

Writer Michael Alan Nelson is very much at home working in the horror/fantasy genre, even doing his own contemporary take on HP Lovecraft’s ominous deity, Cthulhu ,and his surrounding mythology. He has worked on a multitude of projects, including DC’s New 52 Supergirl title, but with work as strong as this, I hope he plans to stick with Hexed for a long time. This is evidence that he truly knows how to elegantly tell an exciting story.

Dan Mora’s art feels like this is something he has been aching to do throughout his career. He’s currently working with comics legend Grant Morrison on Klaus, an origin story for Santa Claus that will modernize the Christmas icon. He makes the short scenes that take place inside the painting look and feel like living brushstrokes without beating the reader over the head with the transition, and his “Shade” dimension is again ethereal and otherworldly without being obvious about it. He’s incredibly versatile and builds an interesting world to look at.

For those diehard fans of the WB show Supernatural, or those bemoaning the cancellation of Constantine, this is a comic for you: It doesn’t have to worry about its budget, and they actually show you what those shows only are capable of hinting at.

Lucifer—never Lucy, is a great female lead character. In what should be a bigger tradition of Buffy and Lara Croft, she’s confident, knowledgeable and she definitely kicks ass. Plus, it’s clear early on that she has a past. The title Hexed comes from the fact that she’s doomed to a fate that enslaves her as a guardian of the afterlife. It’s obvious that she’s had a history and that she’ll have a larger, overarching story that will keep readers coming back.

Hexed is strong in everything it’s trying to do. I would love to see this title run for a good, long time, giving the team a chance to delve deeper into the world we have only had a peek at. I want to know about these characters and where they are heading.