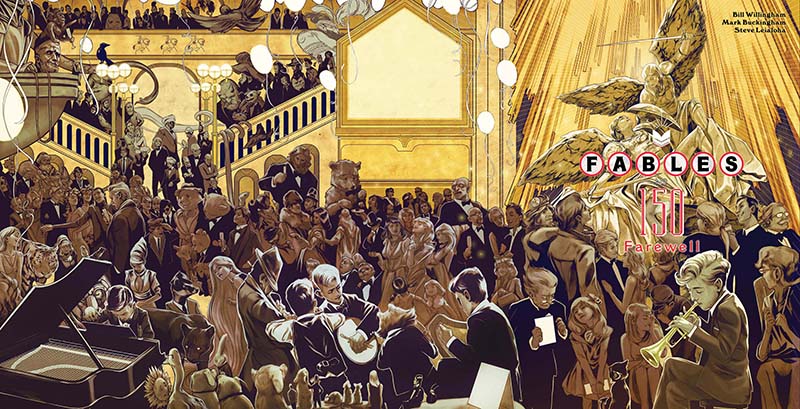 When I learned that Fables was coming to an end at Issue #150, my heart broke. And why shouldn’t it? We live in a world where comic titles and their characters live forever (or die and get brought back to life, but you get the idea), and issue numbers range from 400-900 no matter how many reboots they do. So to watch a series of this caliber of writing and art come to an end after only 13 years is disheartening on many levels. However, the way they finally brought the series to a close couldn’t have been done in any better way, and it left a great door open for people to use their imaginations to decide what happens next. This final chapter in the trade editions begins with an 80-page leading story, illustrated by Mark Buckingham and Steve Leialoha, before bringing you to inevitable issue #150 where we say our goodbyes as Rose Red and Snow White march into battle. If you’ve followed the entire series, you’re going to cry, there are no other words to follow that statement as you are given a beautiful ending and some fantastic features to close out one of Vertigo’s greatest series. –Gavin Sheehan