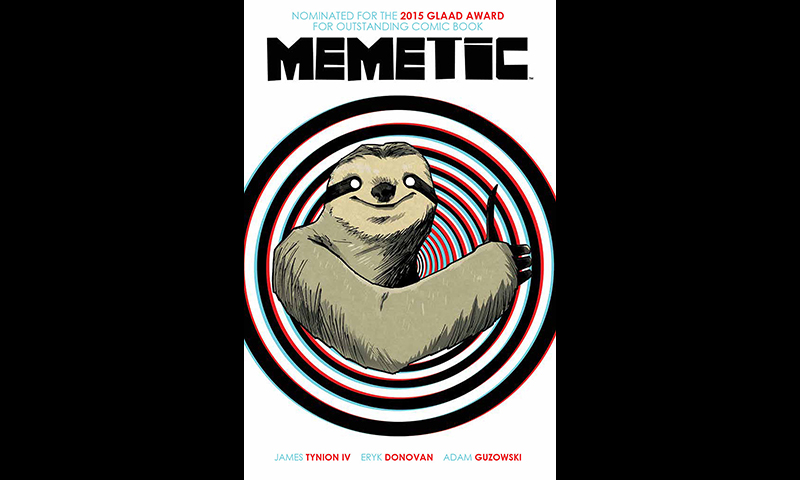 WARNING! This comic will mess with your head. It’s been a few days since I’ve read this graphic novel, and I’m still haunted by it. The Glaad Award nominee for Outstanding Comic Book lives up to the hype, and somehow—despite the gore and the fact that it’s a comic—seems quite plausible. In the story, a meme shows up on the Internet, causing mass euphoria for those that see it. A weaponized meme is called a memetic, and well, that’s where this story takes off. The story centers on a blind man and a color-blind/deaf college student who initially survive simply because they can’t see the memetic. One searches for the source of the memetic while the other frantically escapes one evolving disaster after another as everyone in the world around them turn into zombies. The artwork is fun and almost cartoon-like, and the story feels so realistic (the viral spread of things) that I spent half of it wondering if I should ditch the social networks I’m a part of. Even looking at the image in the graphic novel itself, I felt a little off. Memetic is a unique and foreboding comic for those who like to be spooked. It opens the mind and then shuts it off, leaving the reader wondering. It zigs when it should zag. It jumps instead of bumps. It’s good reading bliss, and I highly recommend it. –Benjamin Tilton