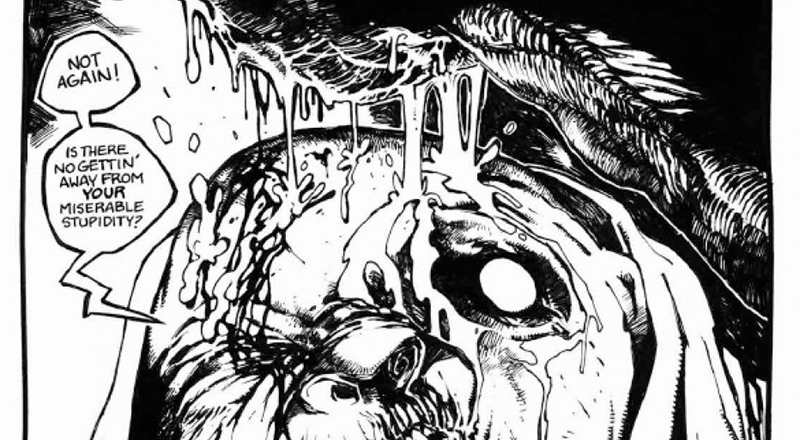 Beginning a review with WTF did I just read is probably as cliche’ as the post-apocalyptic story you’ll think you’re getting yourself into. Ted McKeever tells a chaotic tell of the last man on earth surviving in a world full of mutated animals that have taken over. From a monkey butcher to an elephant crime-lord this book runs the gambit of strange creatures blended with chaotic story telling, strange art, and of course, a crazy person. While his friend Captain (a mannequin that he has named after his dog that went missing during the downfall), keeps him company without ever talking back, the animals lend to interesting world development and occasionally funny moments. While this comic isn’t for everyone, it’s a great read for anyone looking to step outside of conventional story. –Thomas Winkley