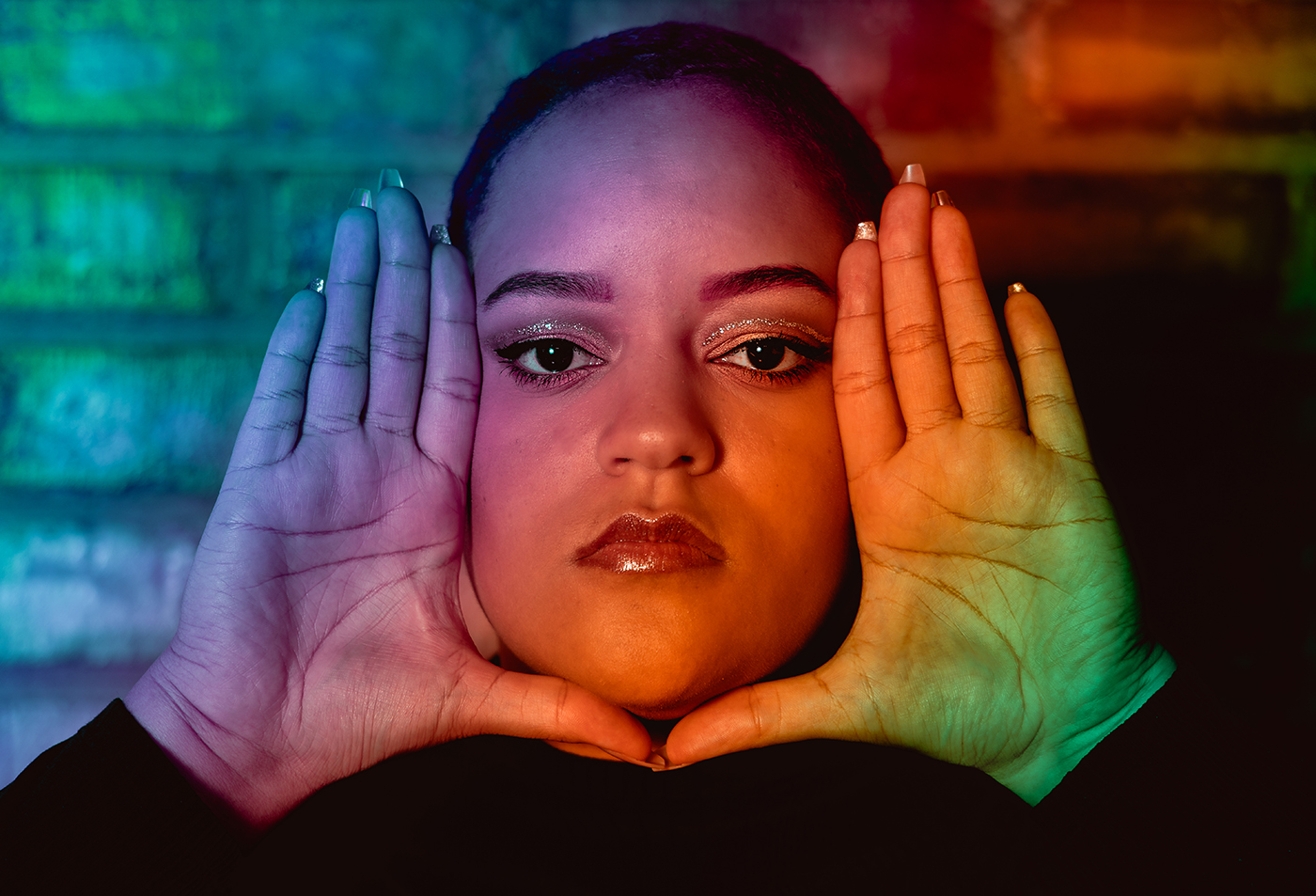 Jazzmine Pike—aka CC99, aka “ya favorite aunty”—is an SLC native, dancer and badass. She was “born and raised on Goshute, Shoshone, Ute and Bannock land (also commonly known as SLC, Utah).” When she’s not studying for her bachelor’s in business administration in marketing, playing video games or cooking, she’s dancing—notably, voguing.

Several years ago, Pike got into the ball scene here in Salt Lake City with Tia Aiono. “It first started when I went to a dance event about four years ago and got to meet Archie Burnett (the grandfather of the House of Ninja), as he was a guest judge,” Pike says. “I was still trying to figure out what the hell I wanted to do with dance at that time, but, I tell you, one thingy is that I was fearless, so I would hop into any cypher I could at the time.” Burnett then asked her what style she performs. Pike replied, “Oh well I’ve done a bit of whaacking (shout out to Tia Aiono) and mostly freestyle.” Burnett then looked at her and said, VOGUE!

Voguing came out of Harlem, NYC, and is a style of dance that focuses on making pronounced shapes with your whole body. It was created by Black LGBTQIA+ artists and LGBTQIA+ artists of color, and is performed in warehouses and nightclubs and various spaces. These events are called balls, and vogue is just one of many forms of ballroom. Mainstream dance has only recently been including them, so voguing was a way to create a space for “outsider artists.”

Voguing has been a huge part of Pike’s life for the past few years. The interaction with Burnett sparked her to get motivated to continue to learn about vouge and get involved with SLC Slay, Dolores Ninja and the Pacific Northwest Ball scene. “Vogue itself is a dance style where you have to show off how you are the baddest bitch in the room,” Pike says. Over the years, she’s proven to people that she is exactly that.

“Voguing was a way to create a space for ‘outsider artists.'”

Dance is a main part of Pike’s life. The hype she brings into a room when you watch her perform is infectious. It’s been a way to tell her own personal story. “I love this saying of your movement is your story, and the styles that you use are just tools to help you convey your story to be clearer.” Her movements flow from the top of her beautiful head down to her incredibly talented toes. Dance gives her confidence, she says, and it shows.

As an ex-dancer myself I know how much it means to be able to express oneself through the sweat of spinning, jumping, dipping and posing. Pike says, “The only thing I would want is that my dance does resonate in some shape or form. I dance for myself, but I understand the spaces I am a part.” Pike is a great example of how to appreciate a culture appropriately and share it with others. “When I am dancing, I love when people come up to me after and say ‘they felt something’ when they watch me dance.” That connection with her art and community really means something to her.

Recently, Pike stepped down as a co-organizer for SLC Slay, but it did lead her to start thinking about dancing in a different sense. “It did help me realize where I was at as far as what I have been giving back to the community and myself, and now I’m starting that journey to figure out how I can help the community in other ways,” she says. “SLC Slay has been an amazing jumpstart to show me what I can do. It’s been emotional making the decision to be selfish and work on ME,” which seems to be an ongoing journey that she hopes to use to help others in any way or capacity she can. She has an great sense of community and wants to give back to it.

“The only thing I would want is that my dance does resonate in some shape or form.”

Because ballroom was created by Black LGBTQIA+ artists and LGBTQIA+ artists of color, Pike identifies that spaces where artists like her can dance, teach and engage safely need to be protected and respected at all costs. “I have done a Zoom Series where we break down the history, culture, and structure of ball culture, where there are four classes once a week.” Pike says it was successful and that she’s planning to offer an additional course before the years end. We’re lucky to have movers and shakers like her.

With ballroom and drag becoming more recognized in mainstream media, we asked Pike her thoughts on how to further break things that have harmful effects on artists, such as gender stereotypes and barriers within the dance world. “Gender is not a binary, and we have to keep doing the work to educate ourselves and then apply that knowledge to further redefine the space,” Pike says. “Best example is how there are still dancers and choreographers that define their choreo as ‘male’ and ‘female.’ It completely leaves out everyone that is not within those two categories. Everyone has masculine and feminine energies that can be utilized with movement.” In addition to hitting the nail on the head, I believe this is a big part in what drives Jazzmine Pike to do what she does.

What Pike does isn’t just dance. “It’s because it is a lifestyle for some, a hobby for others,” she says. “It is therapeutic, it is political, it is … divine and chaotic at the same time.” If you’d like to support this badass, talented babe, be sure to follow her on Instagram @jazzminepike and send a tip through Venmo @jazzminepike. Like she says, “Give me ya coins if you have learned something from this, dammit—lol, jk, but really, though!”