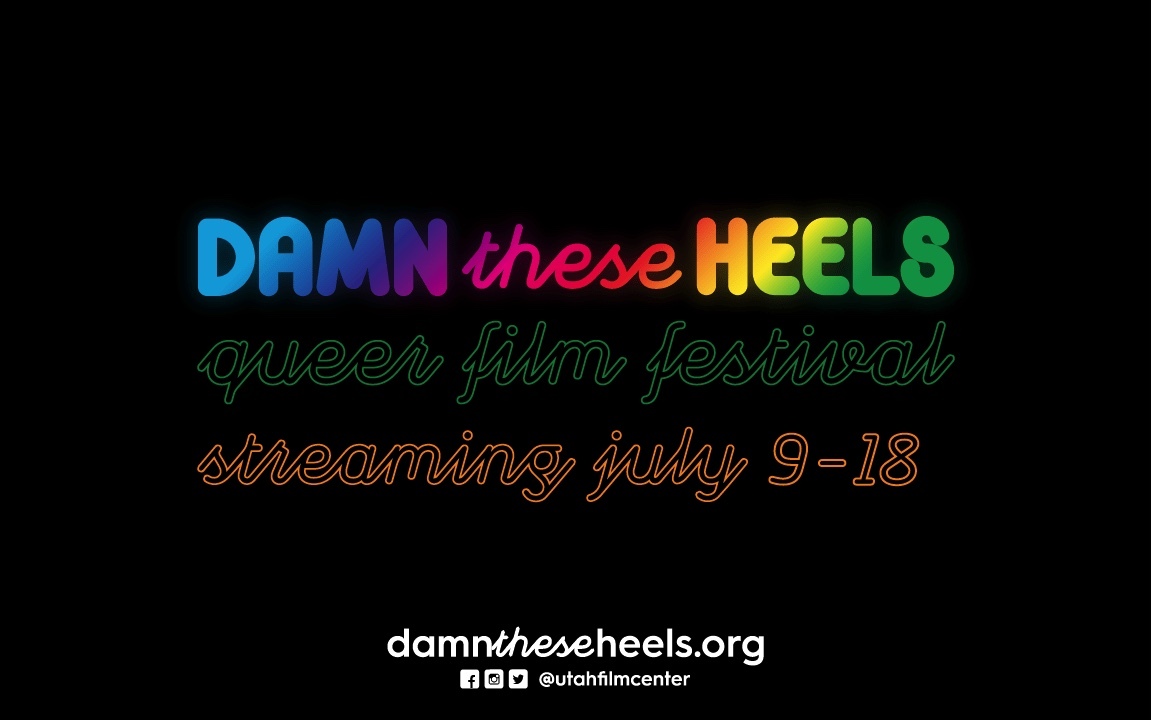 Photo courtesy of Damn These Heels.

It’s been an interesting year for film festivals, and like just about everything else, they’ve been faced with a choice: Either call it quits or evolve in order to survive. But resilience and persistence are nothing new for the Damn These Heels Queer Film Festival, which has been running strong and fighting the odds for 18 years.

“As a young queer person from Salt Lake, Damn These Heels! was always a lifeline,” says Ash Hoyle, the new Director of Programming for the festival. “It was always this beacon that felt at once unexpected and also made sense. There’s this absolute need for it because the community is there.” Hoyle is quick to point out that Damn These Heels! is the longest running queer film festival in the Mountain West. “I think that’s a real testament to how important the work we do is, that it’s something that the community, and the wider community has been responding to for such a long time.”

“As a young queer person from Salt Lake, Damn These Heels! was always a lifeline.”

Hoyle comes to the festival with a wealth of experience, having already worked as an integral member of the programming team at the Sundance Film Festival as an Associate Shorts Programmer. Additionally, Hoyle’s extensive experience with a wide variety of film organizations includes Outfest LA, NewFest NY, Sun Valley Film Festival, Overlook Film Festival and AFI Fest, as well as working in production at ABC. “I really wanted to bring a more well-rounded program as well in terms of LGBTQ+ representation,” Hoyle says. “I have a local programming team that is really representative of the whole rainbow, as it were—you know, the whole spectrum of the community. I think that this year’s program has made some real strides in terms of reflecting that.”

Damn These Heels 2021 will showcase 25 feature films and 25 short films, screening July 9–18, 2021. This year, audiences have a variety of ways to experience the Festival through online streaming, in-theater screenings at Rose Wagner, an opening night drive-in at the Utah Fairpark and an outdoor lawn-seating event at Liberty Park for closing weekend.

Among this year’s offerings is a sneak preview of Sediments, a documentary from director Adrián Silvestre which follows six trans women who travel to a small town in León, Spain, where they explore unusual landscapes as well as the ins and outs of their own personalities. Looking for answers about what connects them as a group, they learn to deal with their differences. “We’re really excited to be part of its really early life in the states,“ Hoyle says of the film. Another film that Hoyle is particularly happy to be showcasing is Madalena, a Brazillian film from director Madiano Marcheti that follows the story of a trans woman who is found lying dead in a field of soy and the bond formed by three women who are strangers but feel guided by Madalena’s spirit.

“I really wanted to bring a more well-rounded program as well in terms of LGBTQ+ representation … I think that this year’s program has made some real strides in terms of reflecting that.”

Damn These Heels has thrived due to dedicated grassroots support, and Hoyle attributes its survival to the dedicated people who have stuck with the festival, especially during these past two summers of a pandemic film festival, when other regional festivals were unable to keep going. Hoyle sees the ability to keep going through adversity as being fitting and poetic for a queer festival: “As film lovers, this year, we’ve been kind of reminded of how grateful we should be for these moments and these abilities to come back together,” Hoyle says.

Of Damn These Heels!’ place in Utah’s larger LGBTQ+ community, Hoyle notes that tremendous strides have been made for equality in Utah in recent years, but that there’s still a lot to be done. “It’s long from over, but it’s different than it was,” Hoyle says. “18 years is a long time, and a lot has changed over the course of our history at the festival. So I’m excited to meet this moment that we’re at right now.”

“As film lovers, this year, we’ve been kind of reminded of how grateful we should be for these moments and these abilities to come back together.”

Damn These Heels! is a festival with a mission, fighting for quality on the front lines, and Hoyle believes that the fact that this kind of representation and the opportunities for stories like the ones told here to help open hearts and minds is in no small part why it has been able to create a strong foothold, and why it has been met with such a loyal following that allows Damn These Heels survive and even thrive. “Our supporters have sustained us [last] year,” Hoyle says. “They showed up in record numbers to come watch movies with us virtually, and I imagine they will again this year. So, it’s of them, it’s by them, it’s for them and I think those are the reasons that we’ve been able to continue to operate in the face of those challenges, and I think we’ll come together in even a stronger, louder fashion.”

Tickets and passes for the 2021 Damn These Heels festival can be purchased though  damntheseheels.org