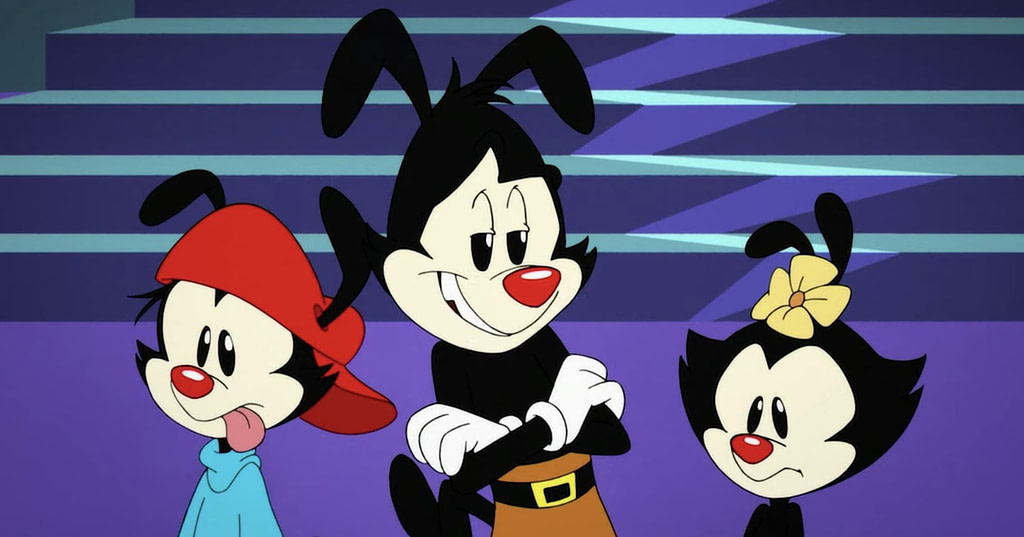 While you may have never even heard his name, chances are you’ve heard Rob Paulson‘s voice many times in many different forms. His list of film and television voice-acting credits stretches into the triple digits, starting with the role of “Snow Job” on  G.I. Joe in 1983, and Paulsen is perhaps best known to many for the ’90s classic Animaniacs. The groundbreaking series originally ended in 1998 and  made its triumphant return to television in 2020 in a successful reboot which is now in its second season on Hulu. “Getting the chance to do this again is just a huge gift,” Paulsen says. “I think that most people, critics included, are finding it quite enjoyable. I don’t think we’ve taken too many critical punches, and I’m very proud of it.”

Anmaniacs follows the mischievous Warner siblings, Yakko (Paulsen) Wakko (Jess Harnell), and Dot (Tress MacNielle) as they embark on new and hilarious adventures after being absent from television for 22 years. “It’s been a huge passage of time,” Paulsen says. “We have a lot of homework to do to catch up, and that way we’re able to lampoon sacred cows that are brand new fresh ones.”

“You never know when it might influence someone else to deal with their own cancer and say, ‘Wow, if he got through this, I can handle it.’ That’s why the book was important … It was a labor of love, and I think it has been helpful.”

One such “sacred cow” is the 45th President, who has appeared on Animaniacs as everything from a giant baby Cyclops to Nero, the Emperor of Rome who infamously played the fiddle while his kingdom burned. “Donald Trump, in terms of material that people can have a good time with, is a bottomless pit,” Paulsen says. “I certainly have my own political ideas and views on his Presidency, but in terms of what is available for us to go after—and not just us—he’s the gift that keeps on giving.” Paulsen, who also provides the voice of Pinky in the Pinky and Brain segments, is careful to note that it’s not just Trump that the show skewers in the name of comedy, as the new series has also taken on timely topics such as social media and “cancel culture”.

In addition to Animaniacs, Paulsen has an incredible history with one of the biggest pop culture properties on the planet, Teenage Mutant Ninja Turtles. Paulsen voiced Raphael in the original cartoon in 1987 and went on the do the voice of Donatello in the 2012 version for Nickelodeon. He then served as director of voice acting for Rise of the Teenage Mutant Ninja Turtles in 2018, though he admits that directing is not where his heart lies. “I enjoyed it, but it’s not as much fun for me as acting,” Paulsen says. He did find that his long standing connection to the material was a big plus in directing Rise, and Paulsen loved reteaming with his Pinky and the Brain co-star Maurice LaMarche in recurring roles as two henchmen.

Paulsen has developed a big following over the years among animation enthusiasts and counts FanX in Salt Lake as one of his favorite places to meet and speak with fans.

“Dan Farr [Founder of FanX] and his crew just do a remarkable job,” Paulsen says. “That is one of the top three shows in the world. To get a chance to be one of the regulars at that show is a privilege.“

It was through speaking with fans on the convention circuit and through other venues that the idea of writing a memoir first came to the actor. “I’d had very well-meaning, very kind fans suggest that I write a book because I’d had a terrific career,” Paulsen says. “But I didn’t think that the world needed another celebrity memoir by someone who was not a celebrity. It’s not false modesty—I’m good at my job, but the characters are famous.”

“We have a lot of homework to do to catch up, and that way we’re able to lampoon sacred cows that are brand new fresh ones.”

In 2016, Paulsen was diagnosed with stage 3 tetastatic squamous cell carcinoma of the throat. The cancer was treated successfully and is in remission, and Paulsen returned to his

work with a deeper appreciation for an extraordinary career and the chance to create so many immortal characters with his voice. He also increased his focus on bringing hope and smiles to sick children and their families by visiting them or calling them as one of the characters that they loved so much. Paulson finally felt that his life was worth writing about, and Voice Lessons: How a Couple of Ninja Turtles, Pinky, and an Animaniac Saved My Life, was published in 2019. “I thought: that’s an important story to tell,” Paulsen says. “You never know when it might influence someone else to deal with their own cancer and say, ‘Wow, if he got through this, I can handle it.’ That’s why the book was important … It was a labor of love, and I think it has been helpful.”

At 65, Paulsen is showing no signs slowing down, and Animaniacs is coming back for a third season on Hulu this fall. Rob Paulsen is doing what he loves and will continue to do so for many years to come and no doubt has many more colorful characters to add to his repertoire. But turtle power, silly sibling rivalry and maniacal mice will always be with him, and thankfully, with animation fans everywhere.