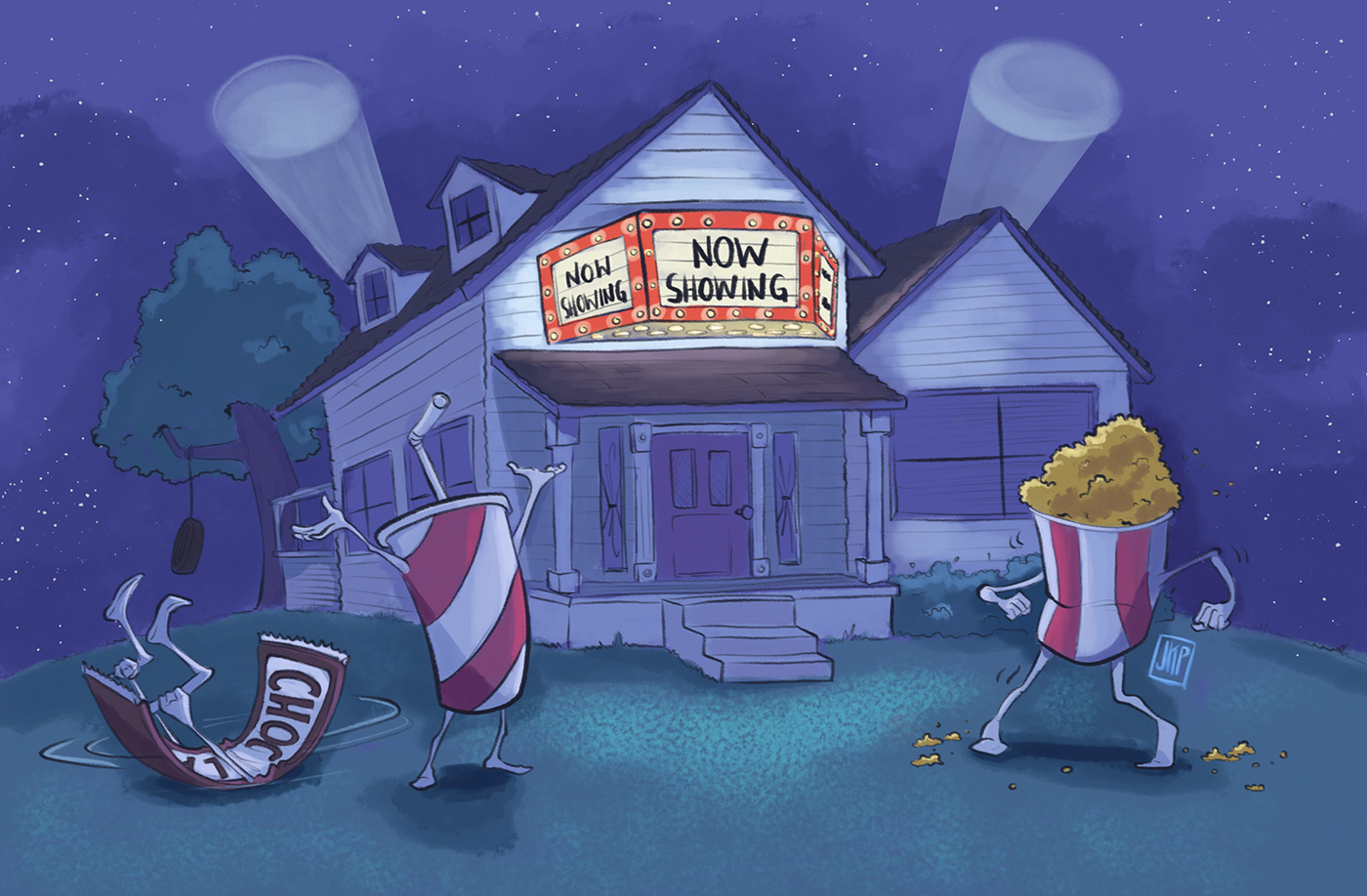 When COVID-19 broke out in March, arthouse movie theaters around the country faced the grim prospect of shutting down indefinitely. Amid lockdown, Salt Lake Film Society (SLFS) staff dove headfirst into the challenge to create SLFS@Home, a platform that allows members of the community to enjoy the experience of going to the movies at the iconic Broadway or Tower theaters in their own home. SLFS staff crafted “a tool for arthouses that allows a patron to have a seamless arthouse experience on a particular screen,” says SLFS CEO/President Tori Baker. Adopted by 12 other indie theaters across the country, this new service connects patrons to the arts in the age of social distancing.

The SLFS@Home platform is intuitive to use. Any moviegoer can visit SLFSathome.org, browse the selection of available movies, buy a virtual ticket and watch from the comfort of their own home. However, it is not a streaming service. SLFS@Home replicates the authentic arthouse experience, complete with concessions packages that can be picked up curbside from Broadway. Some film offerings will be available on demand for long periods of time, but others are limited-availability screenings or live events with panels, requiring audiences to actively stay updated by following SLFS on social media.

In terms of programming, SLFS@Home offers a wide range of films, matching the variety audiences expect visiting one of their theaters in person. Patrons can choose from around nine movies at a given time in addition to any series and special events. During November, new films like the 2020 documentary Donut King and the virtual-reality experience Traveling While Black stood alongside the 4K restoration of the classic 1954 Italian drama La Strada (The Road). Meanwhile, they offered two film series—a retrospective of documentarian Frederick Wiseman’s filmography called Wednesdays with Wiseman, and Filmexíco 2020, an annual program that highlights Mexican filmmakers and stories.

“The point with this technology creation was to make it so you could still go to your local arthouse.”

Once cases began rising, SLFS had to act fast. Fulfilling their mission while bringing in enough income to continue operation would be almost impossible with theaters around the country shut down. Head of Media Accelerator Studio (MAST) Miles Romney dedicated his time to build the tech behind SLFS@Home at a breakneck pace—and the work paid off. The staff realized they had to share the technology with other venues experiencing hardship. “Once we created it, we ethically didn’t feel like we could sit on this,” Baker says. “It is the right solution for art house cinemas. It’s of interest to us in this time to share as much as we possibly can.” Along with other theaters, local arts institution Salt Lake Acting Company (SLAC) uses their own version of the @Home platform, SLAC Digital.

The soul of the arthouse theater lies in curation and community, with groups like SLFS handpicking a diverse selection of films for an adventurous audience. Local arthouses share an intimate relationship with the community and don’t bend to greater market trends like the massive media conglomerates. “Ultimately, if you’re a film lover, a cineaste [and] you’re somebody who wants to see things that are curated from the experts in the area, then you’re going to go to your local arthouse,” says Baker. “The point with this technology creation was to make it so you could still go to your local arthouse.”

In an overflowing digital marketplace, the arthouse connects audiences to films that may be overshadowed on other mainstream platforms. Some of the movies SLFS presents offer insights into cinematic history. Others speak from the rich experiences of people of color and marginalized communities. “These kinds of stories are getting buried in the algorithm,” says Baker. With a new platform and the continuation of SLFS Motor Cinema drive-in movie exhibitions, the staff delivered that level of curation for their patrons during an unprecedented time.

“There’s potential that it sticks around, but even if it didn’t and it served its purpose during this time, then I think we’ve done good work.”

As 2020 draws to a close, more existential questions for the independent art community loom on the horizon. “The arts are in a lot of trouble right now,” says Baker. With no clear end in sight for the pandemic, artists and curators rely on the support of patrons to keep the doors open, even if those doors are digital. The community participation at the heart of the arthouse grows more important than ever. “Whether it’s free, digitally or not, become a donor. Choose to put value into those art forms,” says Baker.

While the future remains uncertain, Baker and the rest of SLFS are maintaining their momentum into 2021 with a number of offerings, including an Israeli-Jewish film tour planned for February. SLAC will also debut productions via SLAC Digital in the near future. “I think this digital screen will potentially exist well into the future,” says Baker. “What I’m seeing on a community level is, regardless of a vaccine or anything else, we’ve now discovered that there’s a group of individuals who may decide that they always want to stay home or they don’t want to go out and participate until we’re well past some safety point.”

With this new demand to meet, SLFS@Home will deliver an at-home arthouse experience for some time to come. “There’s potential that it sticks around, but even if it didn’t and it served its purpose during this time, then I think we’ve done good work,” says Baker.