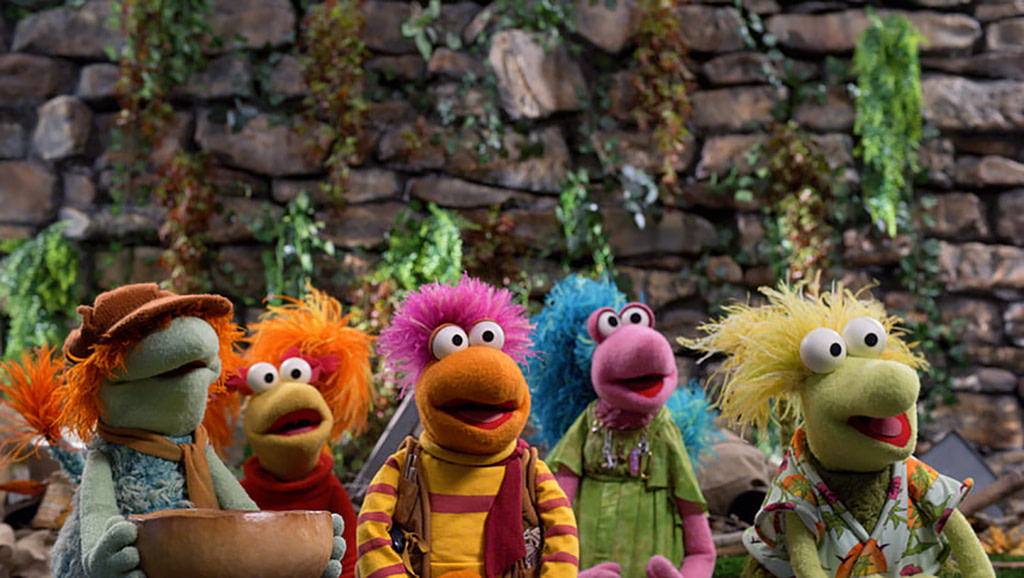 The Jim Henson Company Goes Back To Fraggle Rock

It’s time to dance your cares away and let the music play, because the ’80s classic Fraggle Rock has returned in an exciting reboot. The Jim Henson Company has brought Gobo, Red, Boober and the rest of the gang to AppleTV+ for Fraggle Rock: Back To The Rock, which seeks to captures the spirit of the original while bringing modern sensibilities and toe-tapping new songs. Matt Fusfeld and Alex Cuthbertson serve as the series showrunners, working in close collaboration with Executive Producer Hallee Stanford.

“I grew up with Fraggle Rock,” Stanford says. “I’ve been with the company 27 years creating television, and Fraggle Rock is the reason that I wanted to come work for the Jim Henson Company.” Stanford is the President of the Television Division, overseeing shows ranging from The Dark Crystal: Age of Resistance to Word Party.

For Stanford, Back to the Rock was an opportunity to revisit a childhood favorite in style. “We wanted to take it to a premium level,” Stanford says. ”We thought, ‘Let’s amplify the scope, the production value, the music, the talent. Let’s make the adventures bigger …’ But, we also worked with a lot of the same people from the original show … this amazing blend of old-school and modern messaging.” Stanford says that Jim Henson’s vision was always about exploring big themes and making the world a better place. Some of the surprisingly sophisticated topics dealt with in Fraggle Rock: Back to the Rock include consent, privilege, the importance of listening to facts and coming out to your friends and embracing differences.

“It wasn’t trying to be a trendy show or a show for a particular audience …  I think there’s something so appealing about how practical puppets are and that you kind of get to just escape into this fantasy world.”

For Matt Fusfeld, the music was always one of the defining aspects of Fraggle Rock. “If you could find a better theme song … I dare you to try,” Fusfeld says. Fusfeld and Cuthbertson’s impressive list of previous writing and producing credits include New Girl and Community, but stepping behind the wheel of such an iconic property wasn’t something they did lightly. Bringing the same level of quality to the music of the new series was key. Each episode features what Fusfeld calls a re-recorded and updated “legacy song” from the original show, but they also each include one entirely new song. “I think we came up with a lot of beautiful, catchy, meaningful songs,” Fusfeld says.

While some might question whether a puppet-based show is going to feel cutting edge or interesting in the age of CGI, Cutherbertson explains that Fraggle Rock: Back To The Rock doesn’t need to meet these markers. “The show, at its essence, always existed in its own space where it wasn’t trying to be anything else,” he says. “It wasn’t trying to be a trendy show or a show for a particular audience …  I think there’s something so appealing about how practical puppets are and that you kind of get to just escape into this fantasy world.”

Perhaps the most important perspective on Fraggle Rock comes from the Fraggles themselves, who have never ventured outside their home but are happy to be sharing their world with viewing audiences once again. Gobo, Red and Boober hope that they can bring the same sense of innocence and fun of their world back into ours. “It’s always been a party down here at Fraggle Rock, and the party never really stops,” Gobo says. The adventurous unofficial leader of the core group of young Fraggles known as the Fraggle Five (which also includes friends Wembley and Mokey), Gobo has a spirited personality and a wisdom beyond his years  “If you’re walking down the caves and tunnels of Fraggle Rock, you can’t help but sing a song.”  When it comes to facing the modern world and all of its conflicts, the Fraggles believe that the best solutions are the simplest ones.

“I’ve been with the company 27 years creating television, and Fraggle Rock is the reason that I wanted to come work for the Jim Henson Company.”

The cautious, straight-arrow Boober, whose favorite activities include doing laundry and cooking radishes, believes that the key to harmony in the human world lies in  cooperation. “It sounds like maybe everybody just needs to learn to listen and learn to appreciate each other a little bit more, ya know?,” he says. Red, the energetic, fun-loving and friendly feminine Fraggle, couldn’t agree more. “Then you can look around and you see ways to make the place where you’re living into the best and most fun, beautiful place it can be,” she says.

All 13 episodes of Fraggle Rock: Back To The Rock are streaming now on AppleTV+. If you’re looking for a lighthearted and magical experience, you simply can’t do any better. As a way to introduce your children to important life lessons that we could all learn from, there’s no better place to go than back to the rock.