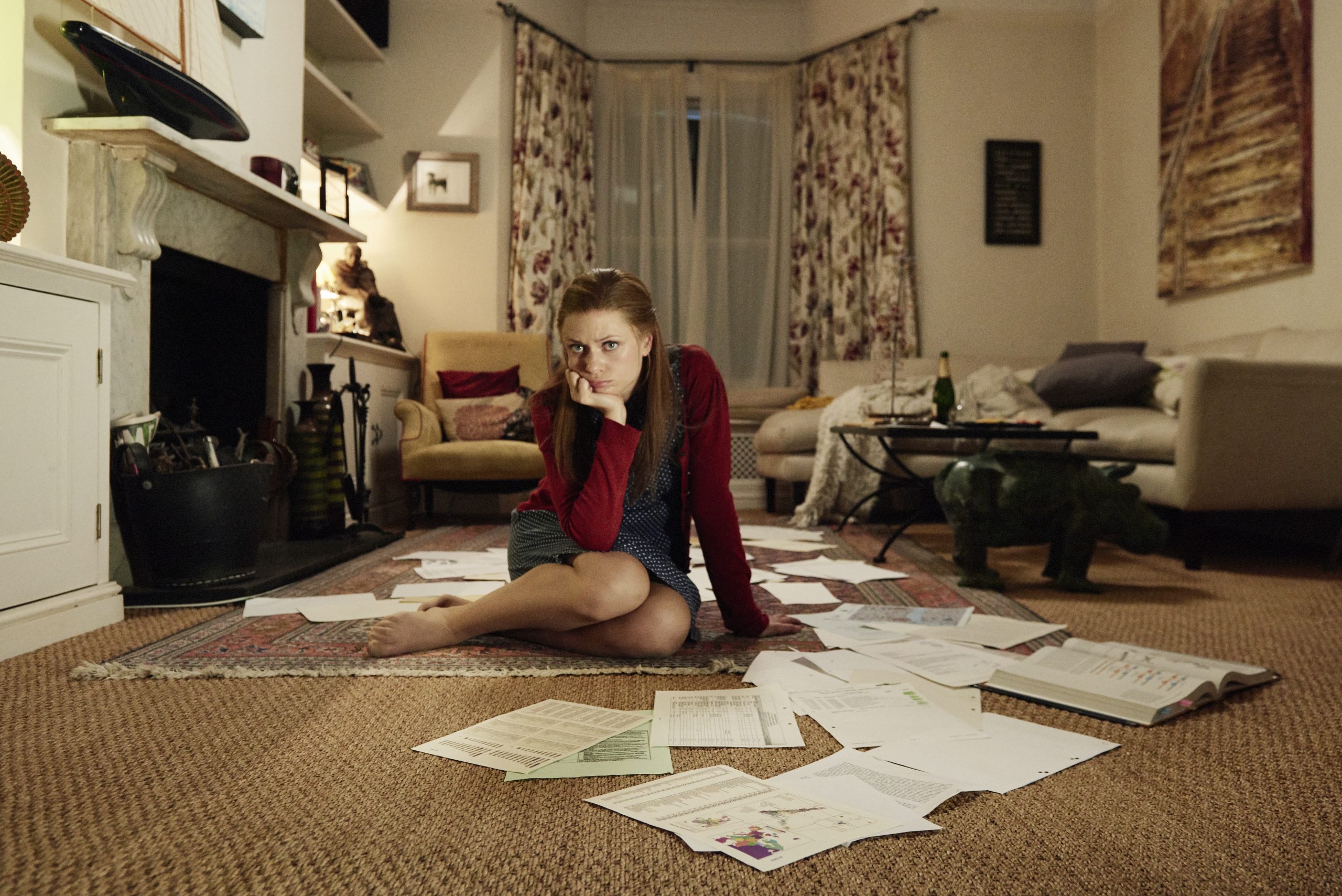 What if being unlucky in love wasn’t about bad choices, anyone’s personal whims or even about feelings at all? What if it all came down to genetics? That’s the intriguing and unabashedly silly premise behind U.K. writer-director Sasha Collington’s feature film debut, Love Type D, a smart, thoughtful and delightfully offbeat comedy that’s making its premiere on Video on Demand services.

Frankie Browne (Maeve Darmody, Griff The Invisible, Carnival Row) is in for a rude awakening when her boyfriend, Thomas (Oliver Farnsworth), sends his 12-year-old brother, Wilbur (Rory Stroud) to a lunch date in his place to deliver a message. That is, the relationship is over. Things go from bad to worse when she discovers that everyone can be broken up into two genetic types when it comes to romance, the dumpers and the dumpees.

“I think life is so much about losing and then trying again, and then losing, and then sometimes winning but then losing again.”

Frankie, unfortunately, has the “Type D gene,” which means that every man she goes out with will inevitably break up with her. Facing a lifetime of romantic disappointment, Frankie turns to the only genetics expert she knows, Wilbur. Wilbur is a young science prodigy who has developed a maverick theory to reverse her romantic fortunes, setting into motion an unexpected journey into the past days of Frankie’s love life.

“I think with films in general, you sort of identify with the underdog,” Sasha says. “Because I think that’s how everybody kind of feels, or at least the vast majority of people. I think life is so much about losing and then trying again, and then losing, and then sometimes winning but then losing again.” The daughter of Peter Collington, the acclaimed author of children’s books such as The Angel and the Soldier Boy, Sasha started serving as a model and inspiration for her father’s works in 1986, when she was only 5 years old. “So, I think it was through my dad doing these sort of wordless children’s books that I started to think about telling stories through images.”

The telling of the Love Type D story began with a short film called Lunch Date, which features the concept of a child being sent to dump his older brother’s girlfriend. “I wanted to extend it,” Sasha says, “but I didn’t want to extend it in a way where she clearly just struggles for this man who clearly doesn’t want her … I always really like romantic comedies that are about self-improvement.”

Collington points to the 1993 classic Groundhog Day as one of her influences. “In a lot of romantic comedies, it’s the idea that ‘you’re fine, you just have to meet the right person,’” Sasha says. “But I like the idea that you should work on yourself a bit, you know, and try to become a better person instead of meeting the right person.”

The process of getting a feature film made proved to be challenging for Sasha. “It feels a bit like competing in the Hunger Games, trying to make an independent film,” she says. “And so it was a bit of an epic, and it seems strange that a comedy could be an epic, because when you watch it, it’s like, 90 minutes.”

“But I like the idea that you should work on yourself a bit, you know, and try to become a better person instead of meeting the right person.”

Sasha raised the budget for Love Type D in stages, shooting the film in spurts over a period of a few years, stopping when more money needed to be raised, which proved particularly stressful when one of the leads was a young boy. “So we had Wilbur, played by Rory Stroud, who was a child who was growing up during this process of making the film,” Sasha says. “So I was quite worried for a long time that his voice was going to break.”

The dynamic between Frankie and Wilbur was a crucial element of making the film work, and Collington said that came down—in no small part—to her two lead actors, who fortunately got along well as people. The three of them did a lot of improvisation to help develop the characters. “We would often do scenes in an improv manner during rehearsals and even during takes, and then we would do the actual screen,” Sasha says. “I think that also allowed us to have a bit more fun with stuff”

Love Type D is a refreshingly unique film that provokes laughter throughout, though there’s more to it than just comedy. “I suppose the message of the film is about reassuring people that everything is going to be fine,” Sasha says. “And it’s also about taking a bit of ownership for your own decisions.”

“It feels a bit like competing in the Hunger Games, trying to make an independent film.”

Sasha Collington is emerging as an exciting new filmmaking talent who already has an array of new projects in different stages of development. But while her first feature is a remarkable achievement that promises to be just the beginning, Collington also jokes about her own insecurities that lend this film even more credence. “Of course, I identify with Type D,” she says with a chuckle. “If I was in any other category, I don’t think I’d be writing it—I’d probably just be going on holiday!” Love Type will be available on demand on digital platforms everywhere on July 9.