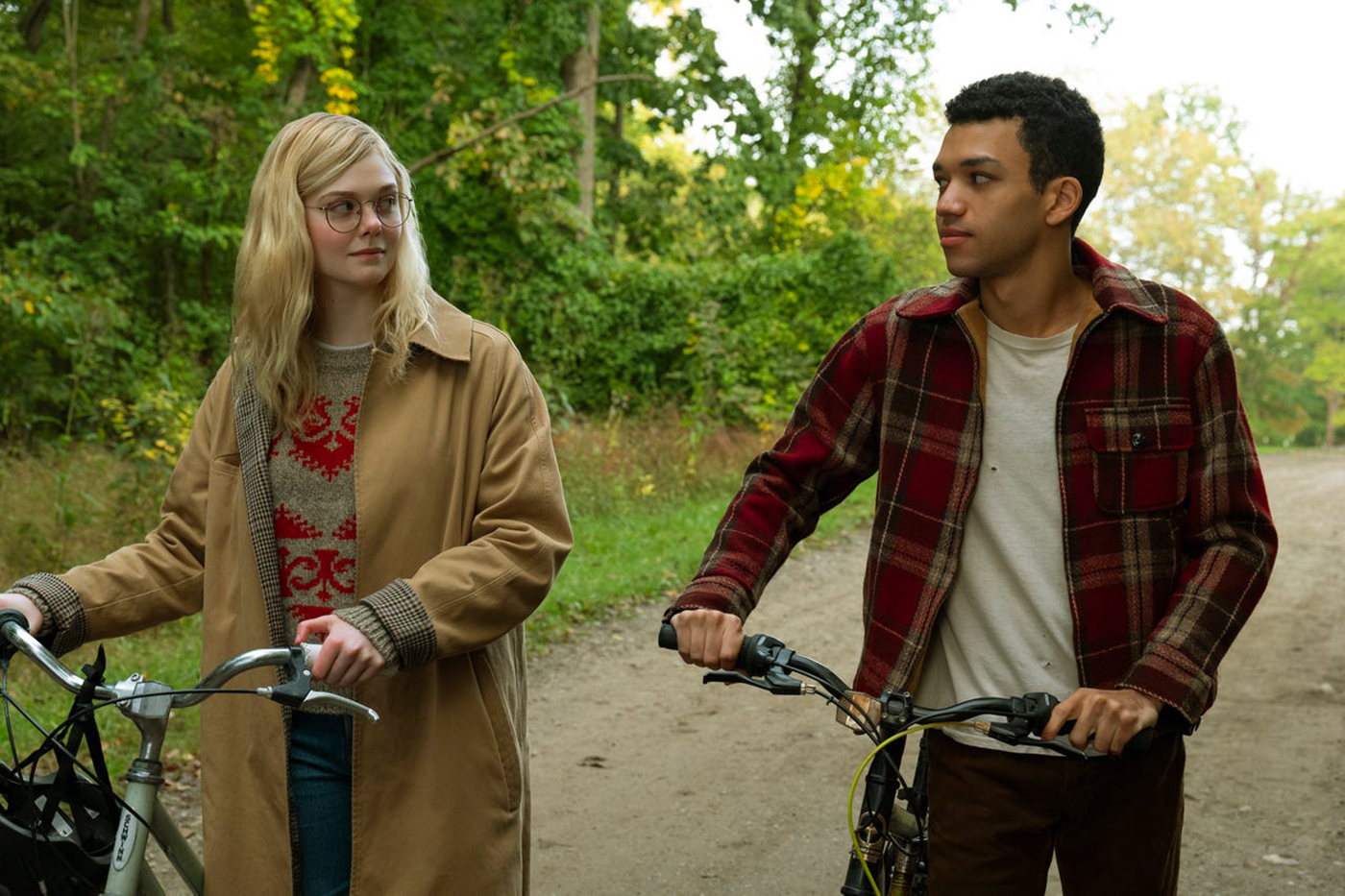 Film Review: All The Bright Places

In the interest of full disclosure, I have to admit that I wasn’t looking forward to seeing All The Bright Places. I was bracing myself for the kind of trite and heavy-handed teen romance weepy that plagues theaters this time of year. But just before I watched it, I discovered it was directed by Brett Haley, who helmed Hearts Beat Loud, one of my favorite films to come out of Sundance in a very long time.

Violet (Elle Fanning) is a troubled and depressed teen who lost her sister in an auto accident and has shut herself off from the world. But after a chance encounter with Theodore Finch (Justice Smith), she finds herself pulled in by his strange mixture of charm and odd-duck goofiness. When a school assignment requires students to pair up to find their own “wander” spots throughout the state and write about their experiences, Finch immediately chooses the withdrawn Violet as his partner. He makes it his mission to draw her out of her shell. Though she is very reluctant at first, the combination of the exercise and her new friend start to slowly bring her out of her daze and breathe new life into her. Before long, the relationship goes beyond friendship. But Finch is dealing with his own problems at school and elsewhere, and he chooses to keep them to himself.

Fanning is by far one of the most gifted actresses of her generation, having won me over long ago with her spectacular turn in Super 8, and it’s no surprise that she shines in this role. But Justice Smith—whose performances in Jurassic World: Fallen Kingdom and Detective Pikachu were both tentative and even a bit annoying—is a revelation here, given a star-making performance that reminded me of the kind of “I-didn’t-know-he-had-that-in-him” breakthrough of Bradley Cooper in Silver Linings Playbook.

The script by Liz Hannah (The Post) and Jennifer Niven (adapting from her novel) is a good one, but in the wrong hands, it could have come out feeling manufactured. But Haley is the real deal, a remarkable director of actors who seems incapable of allowing his cast a forced or insincere moment. He has a way of falling in love with his characters without becoming self-indulgent with them.

All The Bright Places does have a couple of moments that teeter on the edge of sap, but the sensitive and assured direction always manages to pull it together. It’s a bold and at times disturbing piece about living with mental illness. Especially for younger viewers, if you’re concerned about any potential triggers, it may be worth doing a bit of research about the film before watching. But it’s an honest, touching and beautiful film that deserves to be seen, talked about and even celebrated. –Patrick Gibbs