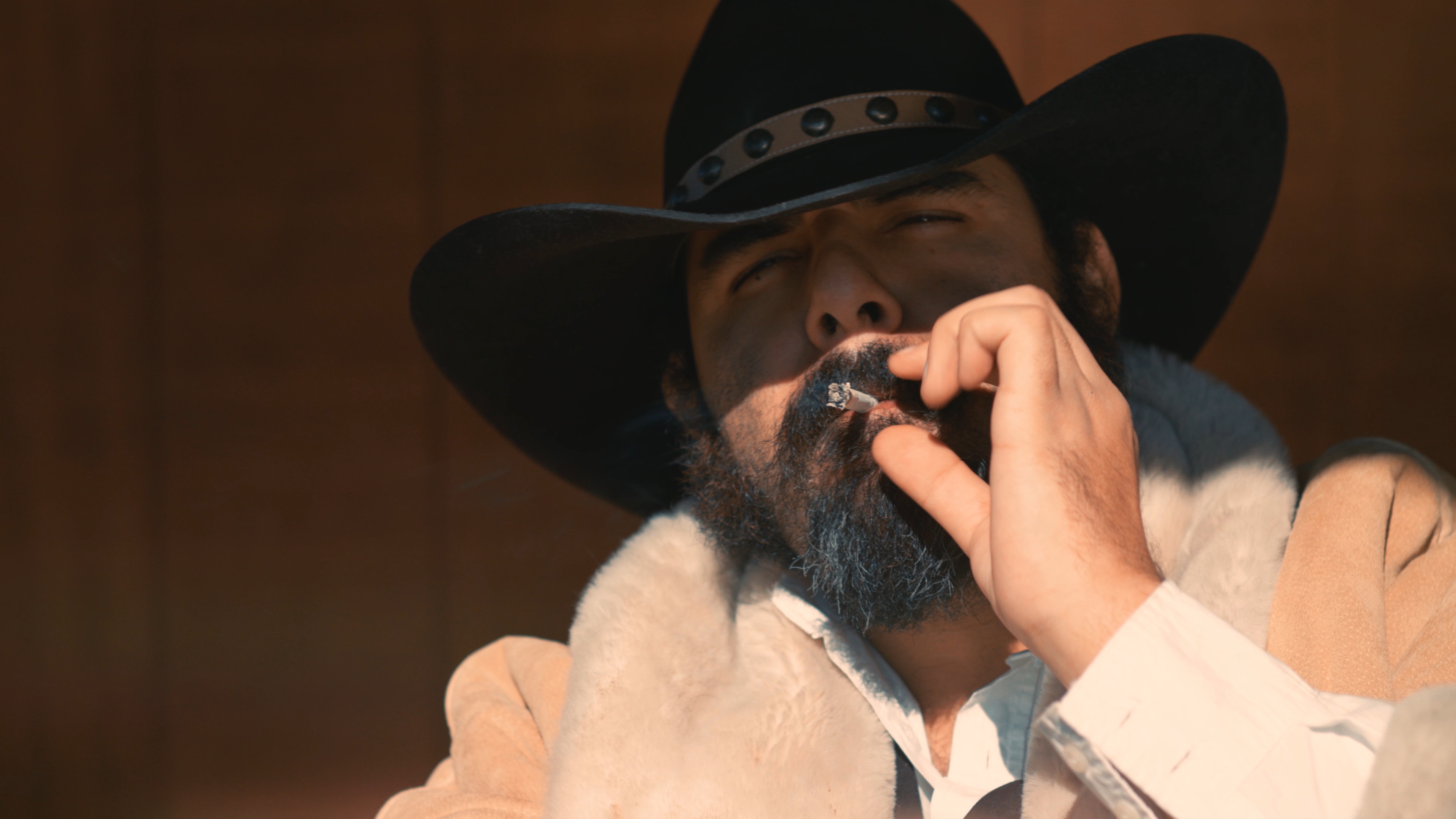 Approaching this film, I was a little nervous. With the recent enjoyment of Oscar R. Sanchez’s films, I feared that there might be one that came across my radar that I might not enjoy as much. This film, titled Angel De La Muerte, is a cowboy-themed, last-man-standing film, set in Utah. The environment wasn’t much of a stretch, and had many returning actors. I wondered if this Western was gonna be a fun romp filled with cool looks, stoic dialogue and no substance. I wondered if this film would continue the fun bits of art entertainment Oscar R. Sanchez Films have enriched our lives in 20–60 minute increments.

No horses were harmed. No horses actually appear on camera, which makes certain scenes feel smaller than they should. In the initial scenes, The Ranger (played by Ayden Tyler Hatch) stalks the house and our compatriots have an entire conversation about their impending doom as the fearsome Ranger continues to walk toward them.

After that, the film is near perfect for the marks it intended to hit. This film is cool. Long camera holds on cigarette drags, posing—yup, it’s all here. This is the most consistent camera work yet, well edited and the scenes are solid until the final scene. The final scene falls short, but that could have been lighting on a difficult evening shot.

The acting is the best yet. Everyone plays/sings their part and Sanchez, acting as Gabriel De La Cruz, aka Angel De La Muerte, the most dangerous antagonist since General Antonio Lopez. Sanchez actually takes a back seat to the other actors and lets the screen get eaten up by an Irishman, a father-and-son duo, an underused female character of no discernment and Lightfoot (played by Schuyler Taylor), a Native American character who doesn’t talk much. The screen is well shared and earned, while Sanchez plays the straight character for others to happily play off of.

Lightfoot’s action-packed performance at the end that justifies the character’s silence. We honesty dip into horror with some of the spectacular deaths, and now I want Lucre Films to insert these fantastic deaths into all their films for the bone cracks alone.

One thought I had throughout the film Angel De La Muerte was “Who’s the bad guy? Or good guy? Do I have enough info to know the difference?” I’m sure that in the mind of Sanchez, this is not the point, but when it comes to murdering and self-defense, I would like to know the sides. If the title of the film suggests anything, you’d think the Ranger, Walter Slade, might be the hero. Does the Angel of Death simply get to go on killing because the name suggests it so? We’ll never know, and Sanchez leaves that for audiences to ponder after his films. The moral compass of the Lucre film universe is prone to some fantastic speculation.

Sound was another thing I wanted to touch on. The gunshots sound great and don’t jump in volume between shots.

Consistency is the key to this film. It is Lucre Films and Champion Films‘ most consistent feature yet. We get consistent Western-genre goodness throughout. This film shows what Sanchez and his wonderful (mostly) returning cast is capable of, and the bar is set. We’ll expect at least this from now on—this being the fun, wild, sad, blood-filled western, Angel De La Muerte. –Benjamin J. Tilton