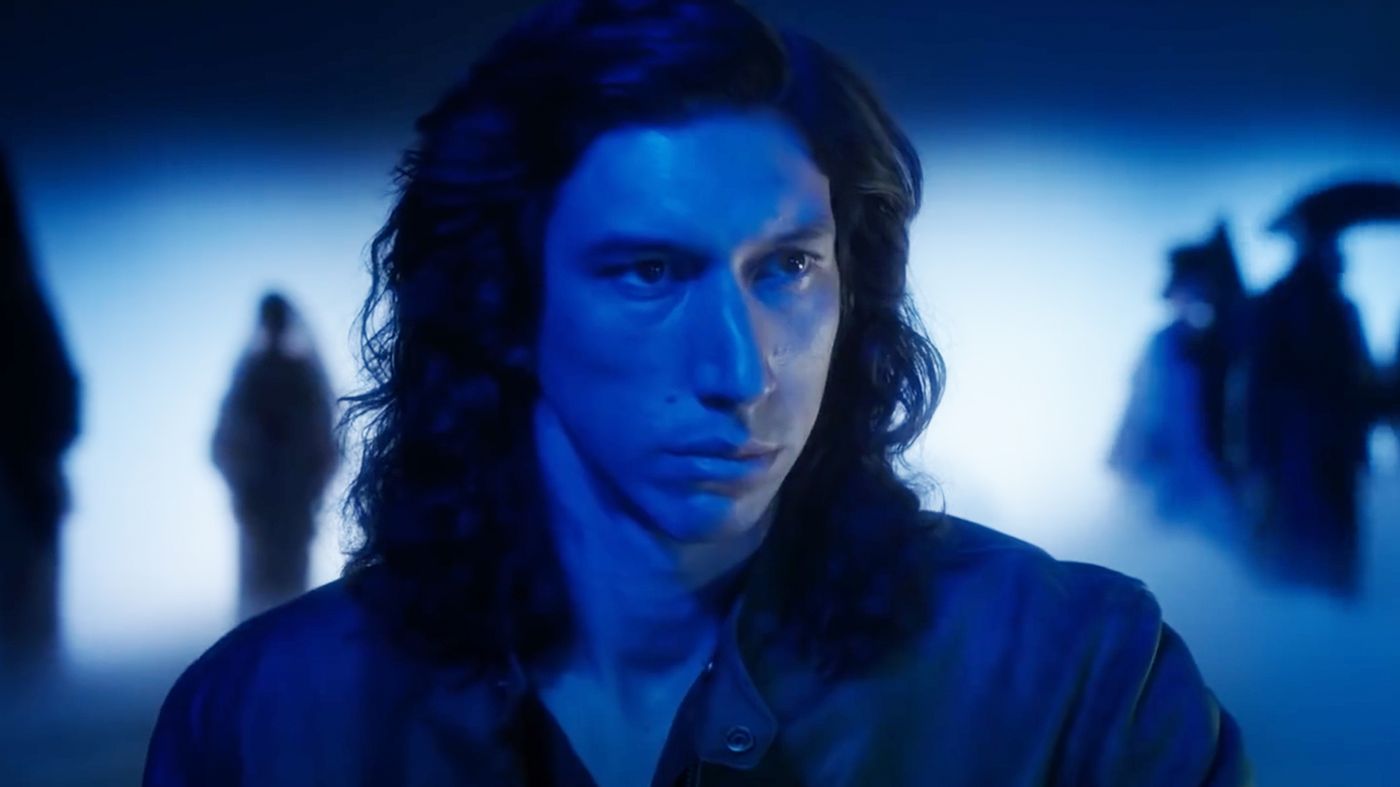 CG Cinema and Scope Pictures
In Theaters 08.06 and Streaming on Amazon Prime 08.20

Much like the knowledge that King Kong and Godzilla had to appear together in a big-budget blockbuster at some point, it was inevitable that someone, someday would try to tell the story of Natalie Wood, combined with Pinocchio, A Star Is Born and The Tell Tale Heart in the style of The Who’s Tommy that it was really just a matter of time. But finally, Annette has arrived in all her glory.

Annette is a rock opera written and composed by Ron and Russell Mael, aka Sparks, whose career was chronicled earlier this year in The Sparks Brothers, Edgar Wright’s acclaimed documentary. Annette is the story of Henry McHenry (Adam Driver, Star Wars: The Force Awakens, Marriage Story), an acid-tongued stand-up comedian who falls in love with Ann (Marion Cotillard, La Vie En Rose, Inception), a world-renowned opera singer. This unlikely celebrity match becomes a media sensation, and under the scrutiny of that spotlight, they marry and have a child, whom they name Annette.

The baby is unique in many ways, not the least of which is that she is portrayed by an eerily lifelike, wooden marionette. Also, she can sing like an angel before she can even form words. But Henry’s self-destructive behavior, fueled by jealousy over the adulation that Ann receives, leads to tragic consequences.

Director Leos Carax (Holy Motors) won the directing prize at the Cannes Film Festival, and the gleefully experimental Annette is nothing if not ambitious and audacious. It’s also awkward, uneven and a confusing mix of self-parody and unbridled pretentiousness. Annette is more rock opera than a musical, though it does feature dialogue sequences. But the songs don’t follow any conventional rules, with the messy lyrics only occasionally bothering to even try to rhyme.

Driver gives an enthralling if not entirely successful performance. When it’s working, he’s mesmerizing, and when it’s not, I was feeling embarrassed on his behalf, especially in the stand-up comedy sequences. I get what Carax and the Mael were going for in portraying Henry as an acerbic and controversial performance artist, performing clad in boxers and bathrobe, his angry brooding visage clearly meant to evoke Jake La Motta in Raging Bull, but the absence of any attempt to make anything in his act identifiably funny, or even in the form of a joke, makes it hard to tell whether Henry is supposed to be talentless, or whether it’s all just part of the film’s “state it, don’t show it” storytelling style.

While I admired the sheer daring of the avant-garde approach, the script revels far too much in its lack of polish and coherence, and the laughable simplicity and repetitiveness of the lyrics feels intentional yet utterly lacking in any real intent. I’ve heard Henry’s character compared to Andy Kaufman, but I don’t see it. The movie itself is far more like Kaufman, in that it’s often difficult to tell whether it’s all meant as a joke at the audience’s expense.

Cotillard gives a more muted performance but has moments of great effectiveness. Simon Helberg (The Big Bang Theory, Florence Foster Jenkins) is terrific, though he is made to speak most of his “songs,” which is a puzzling choice, given that the tentative style of most of the music leads to little in the way impressive vocals, with Driver and Cotillard only getting a few scattered chances to even hint at the ability they’ve shown in films such as Marriage Story and Nine, respectively. Their choice to record the singing on set is roughly as successful as it was in Tom Hooper’s Les Misérables.

But Annette herself made the film for me. Though the metaphor of the child caught up in marital tensions being manipulated like a puppet is about as subtle and nuanced as a sledgehammer to the skull, it’s still breathtaking work. One particular sequence between Driver and young Devyn McDowell as an older Annette is an electrifying piece of acting.

Annette is that rare film that may well end up on a fair number of 10-best lists and an equal number of 10-worst. For me, though, it’s neither, and falls firmly into the category of an intriguing curiosity, extremely earnest but resoundingly flat. Even with a wide streaming release, it’s the type of film that’s destined to be much more widely read about than actually seen. –Patrick Gibbs