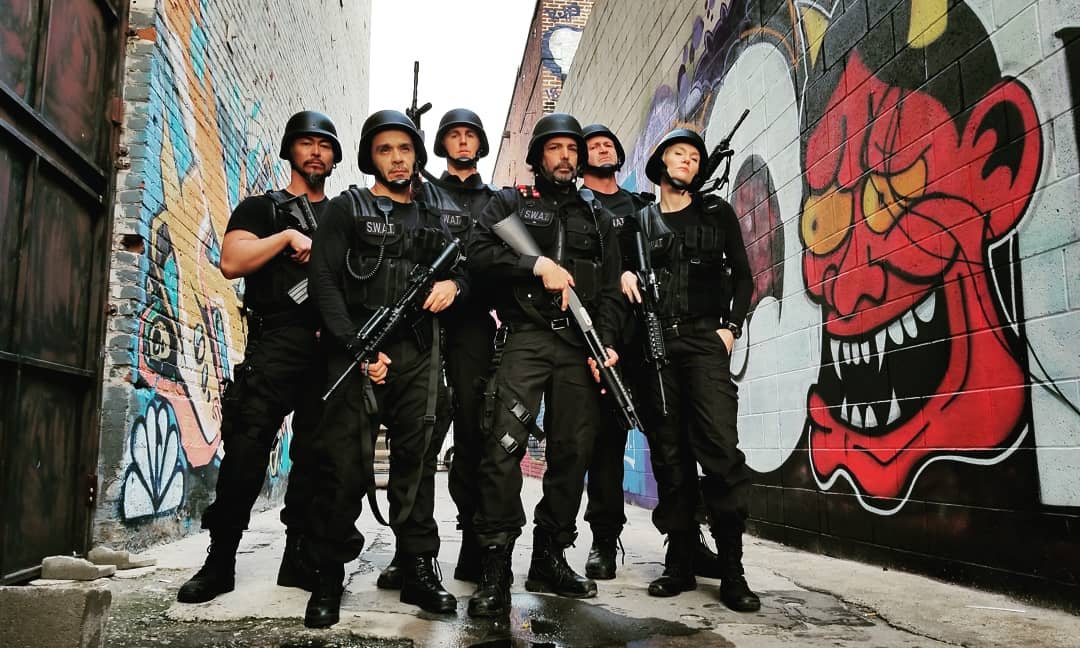 Film Review: Attack of the Unkown

When I was in my twenties, I started experiencing intense, unexplained pain in my testicles. It would come and go, until it became more frequent. Eventually, the pain was nearly constant: I couldn’t even walk without a cane, and I spent most of my time in bed. It was a condition known as chronic epididymitis, and it lasted for three excruciating years.

The reason I bring this up is that if I were given a choice between going through it all again or watching Attack of the Unknown a second time, I would have to give the matter some serious thought.

This cheap knock off of Independence Day, Aliens, The Raid, as well as anything else it can think of at any given moment, stars what is left of Richard Greico (the original 21 Jump Street, Mobsters) as a hard-boiled LA cop named Vernon who finds out that he is dying of cancer the very day that he leads his SWAT team in transporting a vicious drug lord known as “Hades” (Robert LaSardo), only to be caught in the middle of an alien invasion. They all find themselves trapped inside a county detention center, along with a few civilians, as the world burns around them. This ragtag group must work together if they hope to escape the bloodthirsty alien “sky vampires” who are there to feast on human blood.

Director Brandon Slagle (House of Manson, Crossbreed, Area 51 Confidential) has clearly seen a lot of movies in his day, and he’s trying so hard to squeeze everything he can out of this mash up that, just when you start to get used to the fact that this wannabe ’90s cop thriller that has little to offer beyond close-range gunshots and gratuitous nudity is now a violent, sci-fi, blood-and-puss fest, we suddenly get a flashback to the old west featuring Tara Reid (American Pie, Van Wilder) as … Ok, so I didn’t really get who she was supposed to be, I just thought “Oh, ok, yeah, that’s Tara Reid. I thought I read that she was supposed to be in this” right before I curled up in the fetal position and gave in to bitter despair, sobbing uncontrollably while anxiously checking the clock.

The screenplay is also by Slagle, from a “story” by producers Michael and Sonny Mahal, who don’t talk about what happened to their brother, Fredo, because he broke Michael’s heart. Slagle may not be a great director,  but his writing really makes you appreciate the fact that directing is indeed where his talent lies. Examples of immortal dialogue include: “What is that thing? It looks like my mother in law’s vagina!”

Greico approaches his role with such gusto and commitment that there were two or three moments where I actually thought he might be awake. The wig (and I pray to God that it’s a wig) makes it appear as if Tom Waits is going to a Halloween party dressed as Bobcat Goldthwait‘s character from Police Academy. The strongest performances come from LaSardo , who doesn’t even know how to pronounce his own character’s name, and Jolene Anderson, who has mostly worked in video games and is clearly trying to do everything she can with the role of “token  female badass who often gets compared to a man.”

The visual effects seem to largely consist of a free trial of After Effects mixed with practical creature effects that are almost impressive given the film’s very low budget, and actually could have been used to great effect if Slagle had taken a Jaws-style, less-is-more approach and kept them to fleeting glances in the dark. But instead, like everything else in the film, he shows way too much, milking it for far  more than it’s worth, and by doing so, he robs of it any real value.

The local Megaplex theater chain was advertising Attack of the Unknown as opening this past weekend, but it is not playing in any of their theaters, and it has disappeared from the website entirely. I’m going to guess that the projectors, already traumatized from having had to show more than one Kevin Sorbo movie, finally had enough and threatened to go on strike. –Patrick Gibbs