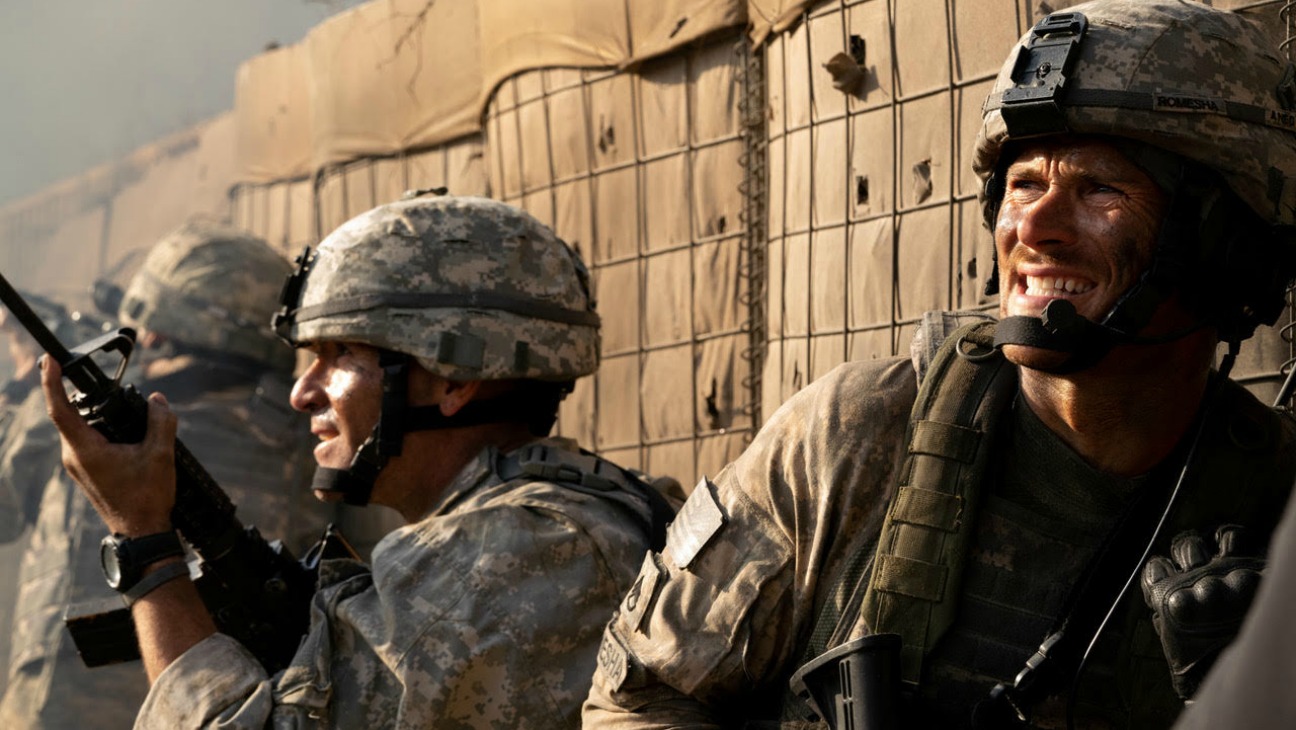 Millennium Media and York Films
In Theaters and Video on Demand: 07.03

There are times when the odds are stacked against us, when winning or even surviving seems impossible, that we come together to accomplish the impossible. It may sound like I’m describing the story of The Outpost—and it certainly applies—but I was actually referring to the odds against not making a film about the war in Afghanistan that receives almost universal acclaim, but especially that it would be made by (of all people) director Rod Lurie. The A-list film critic-turned-director has not been blessed with the most lauded career, with his most acclaimed film up to this point came 20 years ago with the highly divisive The Contender. To say that it has its share of detractors is like saying there is a crowd that questions whether Nickelback can legitimately be compared to The Beatles.

The Outpost, which is based on a book by CNN’s Jake Tapper, tells the story of the 53 U.S. soldiers and two Latvian military advisors who battled a force of some 400 enemy insurgents. Combat Outpost Keating—located at the bottom of three steep mountains just 14 miles from the Pakistani border—faced a constant threat of being attacked by the Taliban, putting the U.S. soldiers stationed there at significant risk. When the Taliban heard of US military officials intentions to close the outpost, they decided to launch an attack.

One of the criticisms Lurie has faced throughout his career is that he makes movies of other movies: If you’ve ever seen The Last Castle, it won’t surprise you to learn that he gave a rave review to The Shawshank Redemption. And while The Outpost certainly owes something the both Saving Private Ryan and Black Hawk Down in terms of style, the film feels genuinely inspired at times. Lurie’s own experiences in the military, including graduating from West Point, combined with Tapper’s input and extensive interviews with the men who lived through this ordeal, adds a level of authenticity that is impossible to deny. With its deliberately paced build up in tension as the men the struggle in vain to make sense of their assignment and lack of direction from above, along with a string of tragically bad luck, the first hour is a powder keg of tension, and the second hour explodes into a harrowing, white knuckle experience.

The cast is very capable, with Scott Eastwood giving easily his best performance to date in the lead, ranging in emotion from swaggeringly confident to swaggeringly pissed and, eventually, swaggeringly determined. Eastwood does work well in this role, though in the moments where he and Milo Gibson are literally standing next to each other, I felt distracted and kept wondering if Rumer Willis and Patrick Schwarzenegger had been invited to the party.

Orlando Bloom adds a lot of presence in the role of Captain Benjamin Keating, but for the life of me I couldn’t tell which accent he was failing to do, at times guessing both Louisiana Bayou and South Boston. The standout performance, by a huge margin, comes from Caleb Landry Jones (X-Men: First Class, Three Billboards Outside Ebbing, Missouri) as Specialist Ty Carter, the requisite misfit turned hero. It helps that he is given the most emotional moments, but this distinctive actor brings a powerhouse intensity to his performances, and here his portrayal of bravery and PTSD is unforgettable and worthy of Oscar buzz.

There’s no comparing this film to such mediocre efforts as 12 Strong or even the highly overrated American Sniper, and this is arguably the first great film chronicling the Afgan conflict. The Outpost stands as a worthy memorial for the fallen, a moving tribute to heroism and a testament to the senseless losses suffered in a seemingly endless war. –Patrick Gibbs