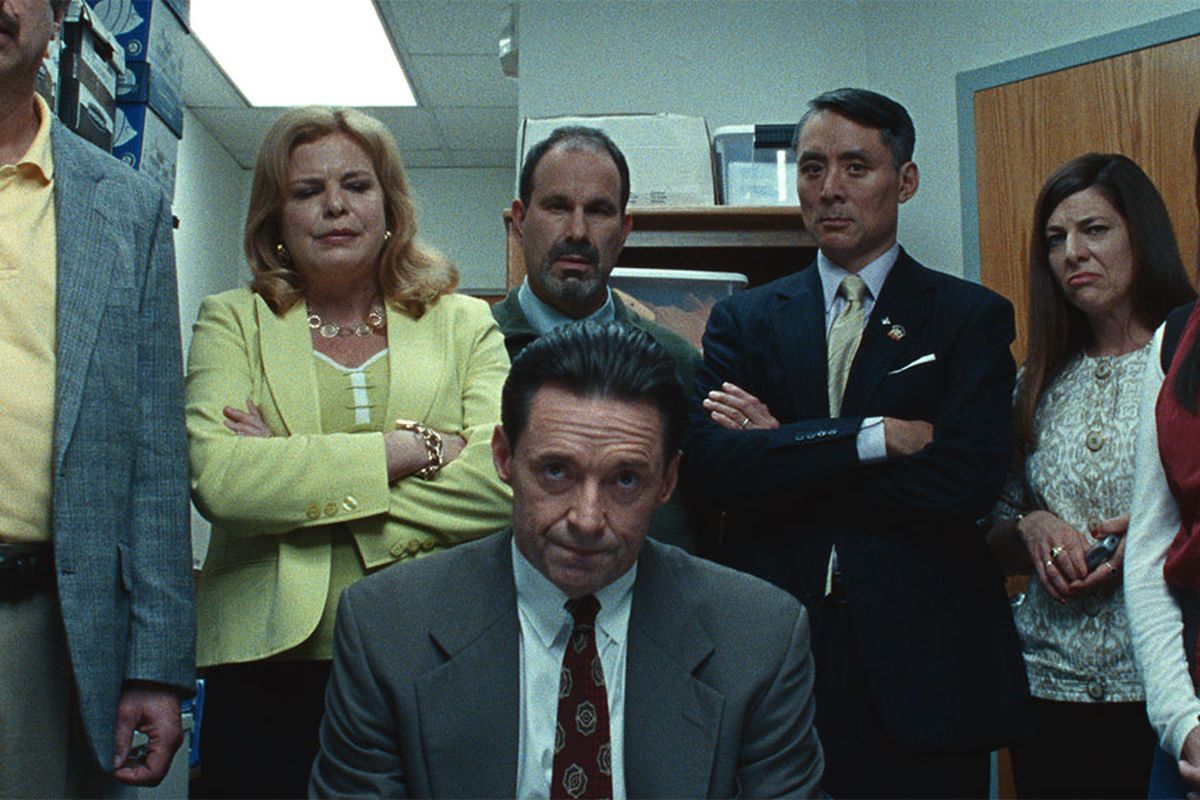 The Hugh Jackman drama Bad Education, the darling of fall 2019’s Toronto Film Festival, was expected to be snatched up quickly by a major studio, perhaps even in time for an Oscar-push release toward the end of the year. When no studio was willing to bite—as the film simply wasn’t commercial enough—it ended up being bought by HBO, a move that was widely seen as a failure for the movie’s lofty aspirations at cinematic immortality. But nobody was counting on a spring or summer where the only major movie releases brought an ironic new meaning to the term “Home Box Office,” and Bad Education is once again an event movie.

This fact-based story follows Frank Tassone (Jackman), the beloved superintendent of a Long Island school district on the verge of becoming the top in the nation as it churns out record numbers in prestigious college admissions and soaring property values. But when Pam Gluckin (Allison Janney), a popular member of Frank’s inner circle, is discovered embezzling funds, Frank has to do some serious damage control. There’s a lot more going on than anyone suspects, and this towering pillar of the community may not be quite the man everyone takes him to be.

Jackman’s potential Oscar nomination is now a very probable Emmy win, and he delivers a powerhouse performance and a reminder that he is so much more than just a singing Wolverine. While hardly an obvious choice for the role, the actor embodies the enigmatic Frank Tassone, making him a complex and (even) not altogether unsympathetic figure, and it’s easily one of his most compelling characterizations.

Janney is equally terrific, which should come as no surprise from the Oscar-winning actress. But it is ultimately Ray Romano who makes the strongest impression, following up his impressive turns in The Big Sick and The Irishman with a career-best turn as Big Bob Spicer, the man responsible for hiring Tassone. Romano’s transformation from standup comic who faked his way through a leading role on a hit sitcom to quite an accomplished actor by moving into supporting roles. To put it simply,  there’s a reason everybody loves the guy.

Director Cory Finley (Thoroughbreds) is quite a talent, and the screenplay by Mike Makowsky is a masterful piece of dramatic writing. Regardless of where or how it is presented to audiences, Bad Education gets straight A’s all around. If you don’t have HBO but do have one of the major streaming services, now is an excellent time to start a seven day free trial and you can say you saw one of the best films of the year. –Patrick Gibbs