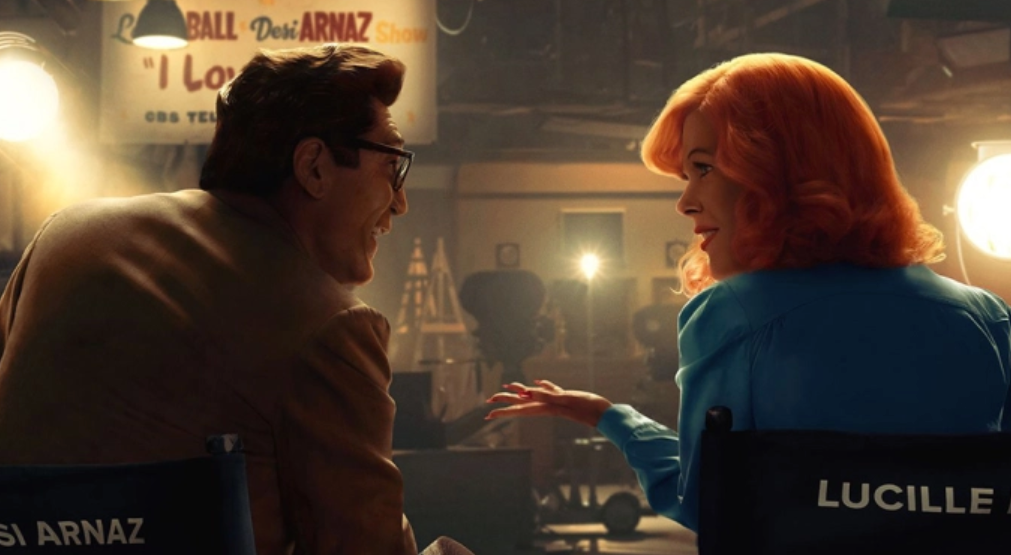 Film Review: Being the Ricardos

Being The Ricardos
Director: Aaron Sorkin

Legendary stage and screenwriter Aaron Sorkin (A Few Good Men, The West Wing) reached something of a career-high last year when he proved his directing ability with The Trial of The Chicago 7, a film so good it set a new bar for Sorkin. The director attempts to mantle this bar in his newest project, Being the Ricardos.

Being the Ricardos stars Oscar winner Nicole Kidman (The Hours) as Lucille Ball, the queen of television, and Javier Bardem (No Country For Old Men) as her husband, Desi Arnaz. The film follows the couple during one intense week of their lives and careers, the action catalyzed when a high-profile news story alleges that Lucy is affiliated with the Communist Party. The couple, along with network executives, frantically tries to do damage control for the situation while simultaneously preparing the latest episode of their sitcom, I Love Lucy, all while Lucy also contends with rumors of infidelity from Desi.

Being the Ricardos had me hooked from the first frame. The dialogue is pure Sorkin with witty repartee piled upon witty repartee, and the comedic timing of the cast is impeccable. While there’s plenty of debate as to whether Kidman can capture the essence of the characters of both Lucille Ball and Lucy Ricardo, it’s never meant to be an impersonation. Personally, I’ll take a flesh-and-blood human being with layers over a one-dimensional, Bohemian Rhapsody–style mimesis any day.

That being said, there were moments in the I Love Lucy sequences where I found Kidman’s facial expressions to be uncanny. Bardem captures the charisma and presence of Desi perfectly, even if he can’t quite match the singing ability, and Nina Arianda (Florence Foster Jenkins) is wonderful as Vivian Vance, the long-suffering, amazing talent stuck playing the thankless second fiddle role of Ethel Mertz. J.K. Simmons continues his perfect streak of being the best part of anything he’s in with his portrayal of William Frawley, the gruff actor who played the role of Ethel’s husband, Fred.

The rest of the supporting cast (particularly Alia Shawkat and Tony Hale (Arrested Development), as writer Madelyn Pugh and executive producer Jess Oppenheimer, respectively) are equally strong without the added baggage of playing recognizable figures. I admit that every time I saw Shawkat, Hale and Simmons sitting across from each other in table reads, I found myself thinking “How can Maeby and Buster just sit there with the guy who made Gangee go ‘Downtown’?”

The story structure, which includes mock interviews with older versions of key figures—including Linda Lavin as Pugh and frequent flashbacks to the early days of Lucy and Desi’s relationship—is a tad uneven, but it mostly works. The score by Daniel Pemberton has some great moments, but some of the cues are a bit too melodramatic and demonstrate that Sorkin is still working on finding his sense of polish as a director. Where Chicago 7 was a cinematic triumph, Being the Ricardos often feels like a made-for-cable adaptation of a stage play.

Being the Ricardos never quite steps out of its predecessor’s looming shadow, but taken on its own merits, it’s a thoroughly enjoyable film that does right by its subjects, and it’s a must-see for fans of I Love Lucy. –Patrick Gibbs