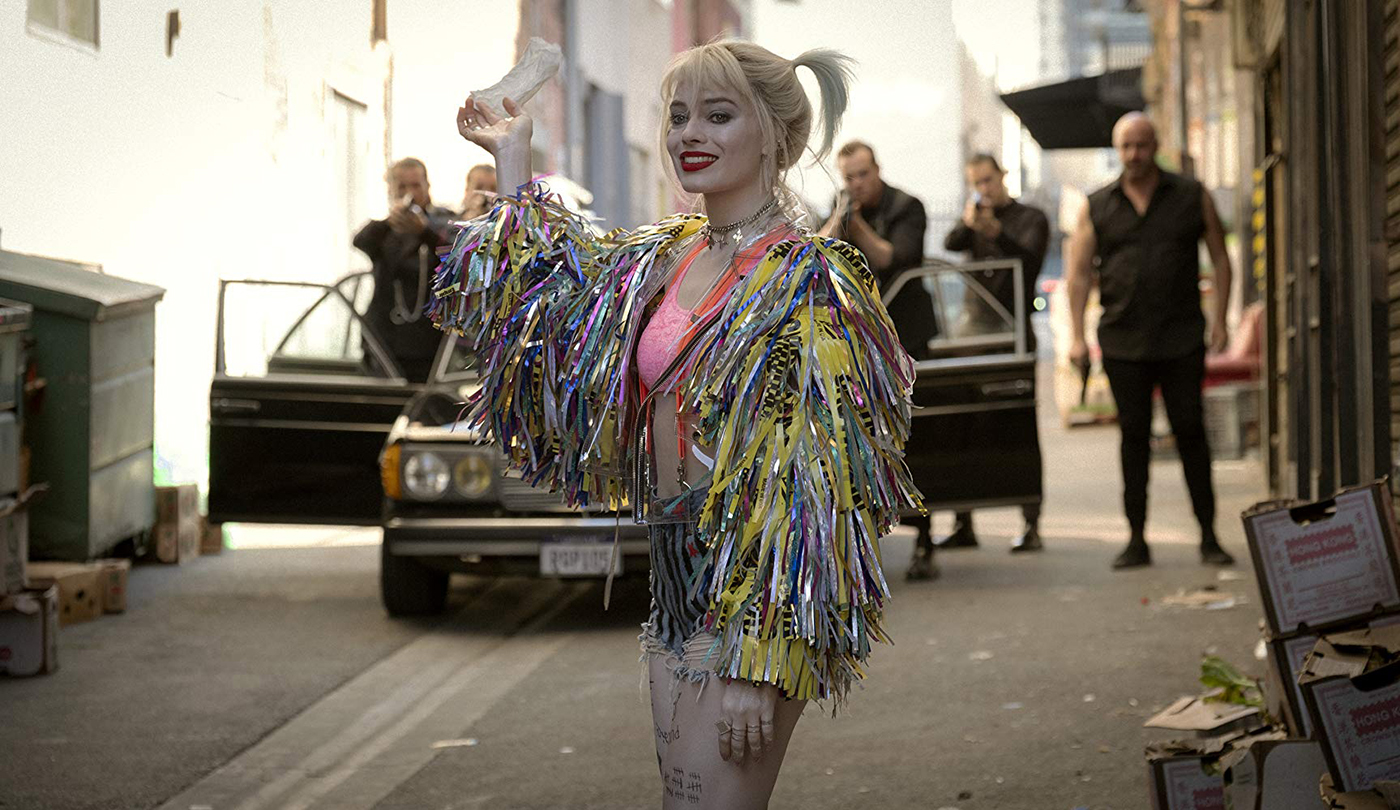 Film Review: Birds of Prey (and the Fantabulous Emancipation of One Harley Quinn)

Birds of Prey (and the Fantabulous Emancipation of One Harley Quinn)
Director: Cathy Yan

With its long, awkward and unwieldy title, the latest cinematic offering from DC pretty much announces right off the bat (be it baseball or winged) that the movie is trying too hard to be too many things at once. It also tells you that the word “subtlety” isn’t going to come into play here.

Having survived the events of Suicide Squad, Harley Quinn (Margot Robbie) is back in Gotham City with her controlling and abusive boyfriend, The Joker, until he decides it’s time to cut her loose and kicks her out of their house. Harley goes out clubbing to get her warped little mind off of her woes, and spends the evening at a club owned by a sadistic and misogynistic gangster named Roman Sionis (Ewan MacGregor). While at the club, Harley shares her troubles with a young singer named Dinah Lance (Jurnee Smollet-Bell), and also causes a good deal of mischief. But when Harley leaves the club, she makes the drunken decision to get even with the Clown Prince by blowing up his home-away-from-home, Ace Chemicals. In doing so, she signals to everyone in Gotham that the romance is over, which means that she is no longer under his protection.

Meanwhile, GCPD Detective Renee Montoya (Rosie Perez) is trying to build a case against Roman, and she’s working with an informant: Dinah Lance. Also, a mysterious figure with a crossbow is going around the city executing gangsters. Also, there’s a teen girl who swallows a diamond.

Director Cathy Yan (Dead Pigs) takes an in-your-face, too-much-is-never-enough approach to the material, going from one sequence full of loud colors and loud music to the next. Along with writer Christina Hodson (Bumblebee), Yan is trying to balance making a Birds of Prey movie with making a Harley Quinn solo movie, and also making a girl power feminist flick while still delivering on the clear mandate that “we want this to be DC’s Deadpool.” That’s a lot for any movie to juggle, and some aspects work better than others. Robbie is terrific once again as Harley, and her relationship with a young street kid, Cassandra Cain (Ella Jay Basco) has some charming moments. But the movie is stolen by Mary Elizabeth Winstead as Huntress, the aforementioned Crossbow Killer, who doesn’t get nearly enough screen time but still makes the most of every frame. Perez and—especially—Smollet-Bell are strong but underused, and MacGregor is effectively creepy. The film’s action sequences are lively, thanks to some uncredited help from John Wick maestro Chad Stahelski, but it’s altogether too goofy to sell the intensity needed for that level of brutality.

Birds of Prey comes together just enough in its final third to make it worth a recommendation. As it stands, this is neither DC’s best or worst film—it’s just another disposable effort that fails to live up to its promises. –Patrick Gibbs