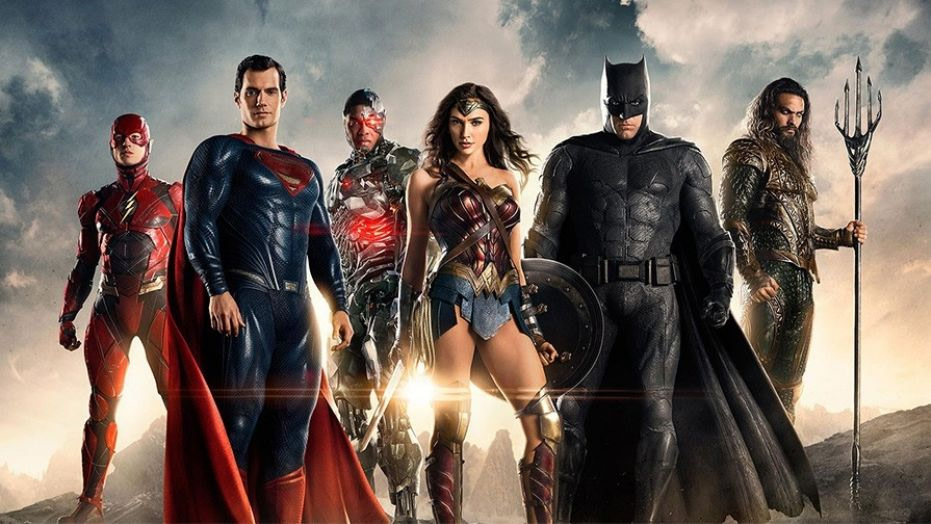 While the majority of critics across the globe have been quite harsh with DC’s cinematic interpretations of their comic book–superhero films, this critic found them to be more enjoyable than not. Sure, they have major issues to overcome, but all is not lost. Compared to their primary rival, Marvel, whose films possess a more lighthearted tone, DC has always been more on the dour side of emotions.

Director Zack Snyder, with the assistance of Joss Whedon, has finally seen the softer side of these characteristics and finally offers a story with serious consequences as well as humor. In this first ensemble piece for the studio, Bruce Wayne/Batman (Ben Affleck) attempts to form an alliance with individuals with special abilities to stop a god-like villain from destroying the planet. Among the recruits include Diana Prince/Wonder Woman (Gal Gadot), Arthur Curry/Aquaman (Jason Momoa), Barry Allen/The Flash (Ezra Miller) and Victor Stone/Cyborg (Ray Fisher).

Snyder pulls off a well-balanced action adventure that allows each character to have their background story revealed, have their all-star moment in the spotlight, and all without droning on with an excessive running time. Momoa and Gadot take the lead for the fighting sequences, while Miller is the film’s jokester. Fisher offers the most drama with a controversial and tragic origin, and Affleck is given the role of the superhero that has little to offer while teaming up with gods.

This endeavor is a huge step in the right direction for the studio as they veer away from taking themselves too solemnly and aren’t afraid to make fun of themselves every once in a while. Along with offering a superb production, the release gets this critic excited for all of the solo projects that are on the horizon. –Jimmy Martin