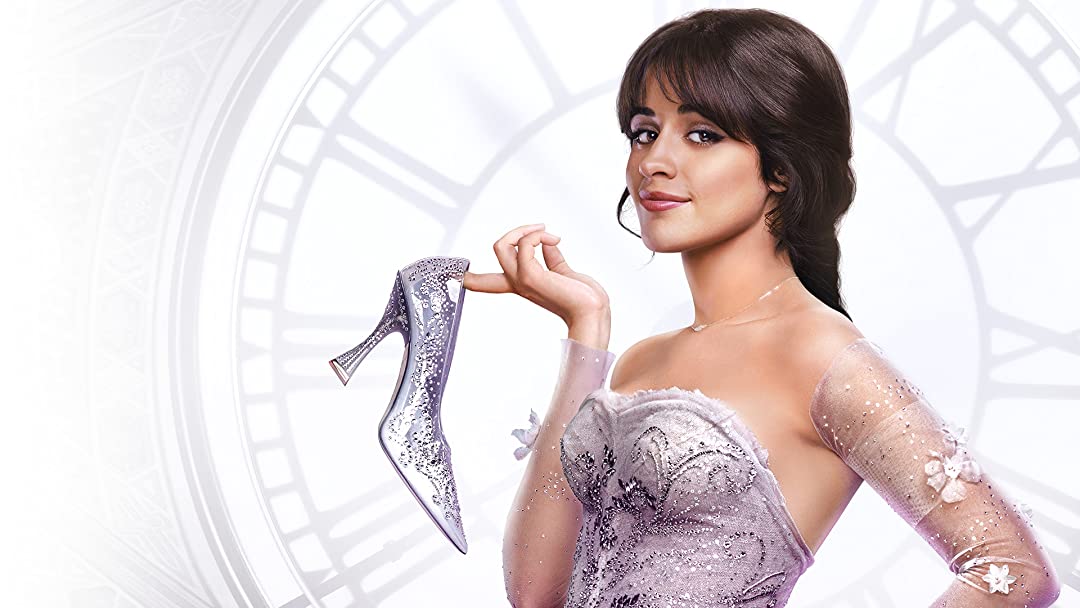 Columbia Pictures and Fulwell 73
In Theaters

It can be a great thing when a movie makes you think about a subject you’ve never really put much thought into before. Unless that subject is mouse penises. The new jukebox-musical version of Cinderella from writer-director Kay Cannon has a lot that it wants to say on feminism, but it’s the mouse penises that stuck with me.

This particular Cinderella is Ella, singer Camila Cabello in her debut role. She’s an ambitious young woman whose dreams are bigger than the world will allow: to be a single, successful fashion designer. But she lives with her controlling stepmother, Vivian (Idina Menzel, Frozen, Enchanted), and stepsisters, Anastasia (Maddie Baillio, Dumplin’) and Drizella (Charlotte Spencer, Misbehaviour), who believe that the only path for a woman is marriage.

Meanwhile, at the palace, Prince Robert (Nicholas Galitzine, High Strung, Handsome Devil) doesn’t want to get married, but his father, King Rowan (Pierce Brosnan), wants him to grow up, take responsibility and win more land for the kingdom through marriage. Nothing the Queen (Minnie Driver, Good Will Hunting, Speechless) or the ambitious Princess Gwen (Tallulah Greive, Locked Down) try to say even registers with the distraught man. When the King throws a lavish ball to help the Prince choose a wife, Ella sees an opportunity to meet movers and shakers who can help her sell her designs, but—big surprise—Vivian won’t let Ella go. But with some help from her Fabulous Godmother, aka Fab G (Billy Porter), she not only goes to the ball but goes in style.

Cannon, who wrote the Pitch Perfect series and directed Blockers, has a new vision for the material: throw everything at the screen and see what sticks. The good news is that some of it actually does, in particular, the forward-thinking mindset, the fun performances and the costume design. But Cinderella is still a bit of a mess, with some of the songs really working and some not. It’s hard not to enjoy Menzel singing Material Girl, but a bad arrangement of Queen’s Somebody To Love just got on my nerves. And if there’s a good version of Let’s Get Loud, I haven’t heard it.

The story is so preoccupied with trying to be hip, progressive and funny—failing at the last about 60% of the time—that it often ignores the need for any particular sense of flow. For all the spice of the design, Cannon is, to say the least, not a very visually interesting director. But Cabello and Galitzine both have a lot of charisma, and whenever they are onscreen together, the movie is pretty charming.

Brosnan and Driver, who appeared together in GoldenEye—where, ironically, the joke was her singing badly—have some cute moments. Grace’s Princess is a good character and Porter is entertaining. Menzel is a powerhouse performer, but the key to appreciating Menzel’s characterization is to banish all thoughts of Cate Blanchett in Kenneth Branagh’s superb 2015 version. Cannon has gone in the same direction with the character but taken it a lot further, so what was subtle shading is now in your face and without nuance here.

There is apparently a recent law requiring that the least successful comedic moments in a musical must involve James Corden (Cats, The Prom), who voices one of Ella’s pet mice and plays him when he’s turned into a Footman. In one moment, he runs over to his cohorts and says “Hey, guys! I just relieved myself as a human, and you’ll never guess how they do it: through the front tail!”

Not only does it not produce a laugh but it also begs the question: Does Kay Cannon think rodents don’t have genitals? I was so puzzled by this moment that I found myself googling facts about the male mouse member, something that I never did when watching, say, Judas and the Black Messiah. And then I got sidetracked by the sheer strangeness of typing the words “mouse penises.”

Cinderella isn’t helped by coming on the heels of In The Heights and Schmigadoon!, both infinitely stronger musicals. It feels more like Sunday-night television than a movie, but it’s just enjoyable enough, and well-intentioned enough, to get a pass, where the tween audience that it’s aimed at should have a good time. –Patrick Gibbs