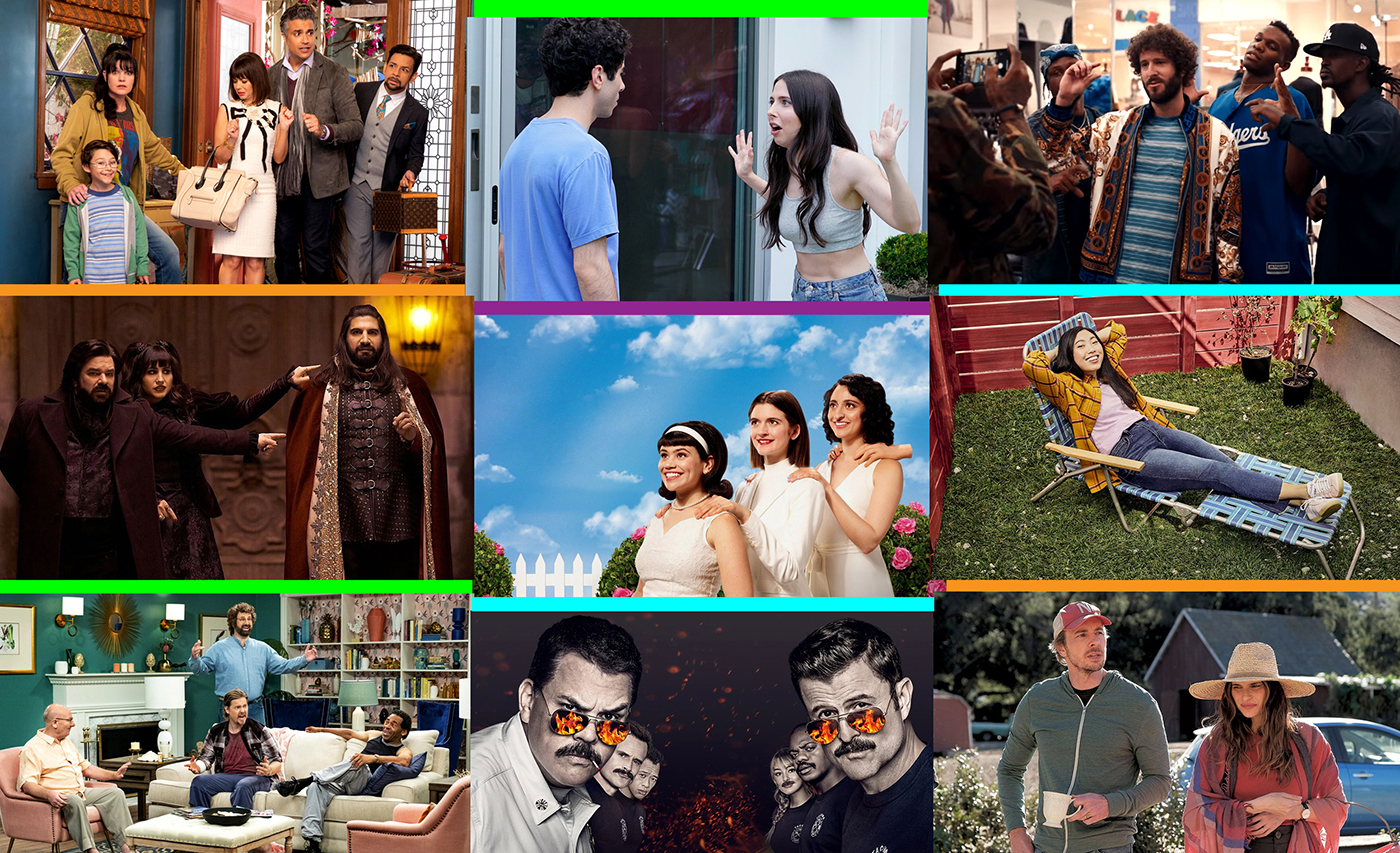 To paraphrase Dr. Hunter S. Thompson, “When the going gets stupid, the stupid turn pro.”

Now is the time for comedy, so put down the Clorox mojito, turn off Contagion (you can wait until after Gwyneth Paltrow’s brain is removed—it’s my favorite scene, too), and open yourself up to the idea of relaxing with some stupid sitcoms. Trust me, I’m a professional.

Dumb comedies have a strange, soothing effect on the psyche that you just can’t get from other modes of TV. Reality shows with screeching blow-up dolls throwing White Claws at each other might have a similar upshot, but I’m certainly not going to watch that shit to find out.

Here are 13 recent comedies to stream right now, ranging from the truly stupid to the deceptively dumb but subliminally genius. Or you could just binge the entirety of Friends on HBO Max—you choose your own brain-removal machine (cue The Cult riff). 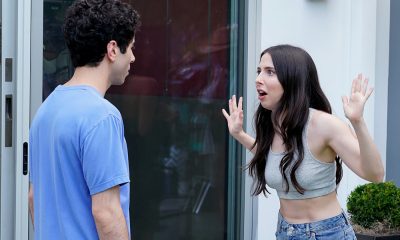 Alone Together (Seasons 1–2 on Hulu)

Before the #AloneTogether hashtag became a pandemic thing, there was Alone Together, a 2018 comedy about platonic besties (barely) trying to make it in Hollywood. Esther (Esther Povitsky) and Benji (Benji Aflalo) aren’t gorgeous, ambitious or even average height, but their L.A. self-absorption is hilariously on-point, and the Millennial jabs are knowing, not scathing. 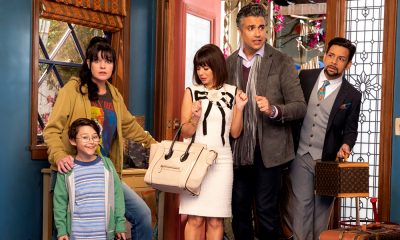 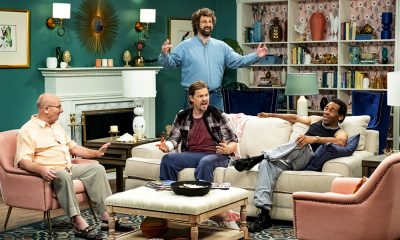 You never know what you’ll get from Tim Heidecker and Eric Wareheim—well, you kinda do, but not really. Beef House is a twisted ’80s sitcom send-up with no love for the genre; T&E deconstruct and destroy it, then build fresh gonzo laughs out of the ashes. It’s Full House, but with five middle-aged dudes of questionable origin, which makes about as much sense as Full House. 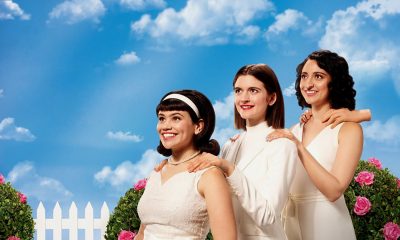 A trio of suburban housewives—all named Debra and dressed in white—take the surrealism of Beef House, crank it to 11 and rip the knob off. The Three Busy Debras’ misadventures swing wildly from cutely odd to disturbingly dark, straight-up murdering a dude in the first episode and stuffing him into a purse (it’s a big purse). Watch Three Busy Debras or they’ll “have your tubes tied!” 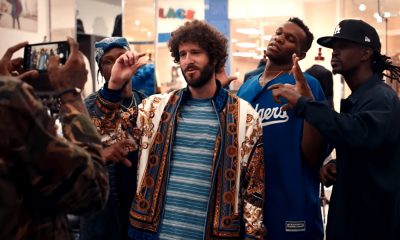 Dave (Season 1 on FXX and Hulu)

YouTube rapper Lil Dicky (Dave Burd) stars as Dave, a 30-something white Jewish rapper who believes he’s the new Kanye West—the old one’s wearing thin, so why not? Dave could have been annoying a’f, but the series’ clever writing and Burd’s chill delivery make for an absurdist look at coming up in indie hip-hop. Hell, Justin Bieber and Macklemore make guest appearances. 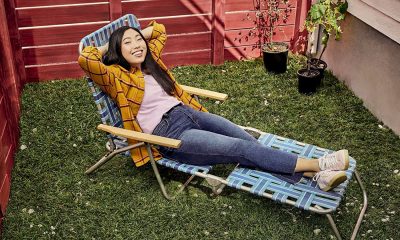 Awkwafina is Nora From Queens (Season 1 on Comedy Central) 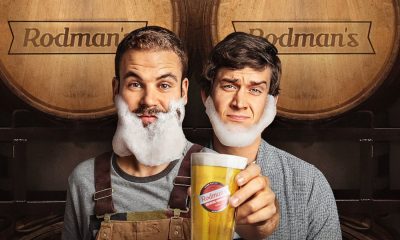 Brews Brothers is produced by one of the minds from bro-comedy The League, and it shows—it’s like a pilsner-and-pork-tacos pairing of The League and It’s Always Sunny in Philadelphia. It’s not as sharp as either of those, but Brews Brothers, about antagonistic siblings running a Van Nuys brewpub, still delivers laughs. See: a hefeweizen unwittingly named “Weiss Power.” 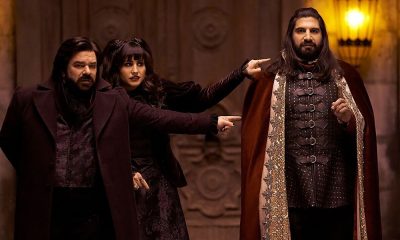 Far from “dumb,” What We Do in the Shadows (based on the 2014 movie) is the smartest comedy ever about supernatural dummies. Staten Island vampire roommates Laszlo (Matt Berry), Nadja (Natasia Demetriou), and Nandor (Kayvan Novak) have been around for centuries, but learned apparently nothing—very ’Merican. Silly with a capital “SSSSS!” 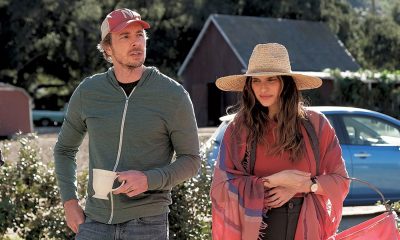 Bless This Mess (Seasons 1–2 on ABC and Hulu)

Frazzled New Yorkers Mike (Dax Shepard) and Rio (Lake Bell) move to a rundown Nebraska farm; Green Acres–esque wackiness ensues. But Bless This Mess doesn’t condescend to the county folk, and the solid cast (which includes vets like Pam Grier and Ed Begley Jr.) serves up laughs warmer than a window-sill pie. Way better than flyover-state bait like The Conners. 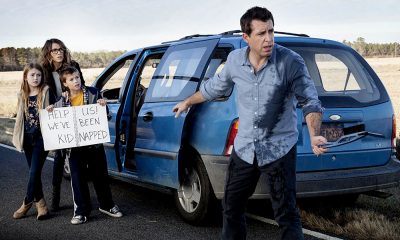 Over four seasons, The Detour evolved from a National Lampoon’s Vacation–like family-road-trip farce into a multilayered comic thriller with disparate angles and hidden agendas—but still never went too “thinky.” Nate (Jason Jones) and Robin (Natalie Zea) keep secrets from each other and their preteen kids, and the consequences get weirder (and funnier) by the season. 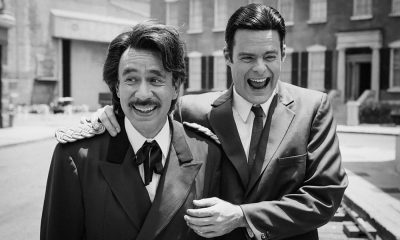 Before Bill Hader struck critical gold with HBO’s Barry, he and Fred Armisen created Documentary Now!, a fake PBS-style doc series that allowed them to play a feral variety of characters. Documentary Now! parodies everything from Vice News to Stop Making Sense to Grey Gardens, but with an attention to detail that belies the ridiculousness. All this, and host Helen Mirren(!). 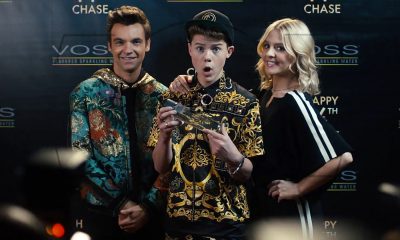 The Other Two (Season 1 on Comedy Central)

After years of showbiz struggle and failure, siblings Cary (Drew Tarver) and Brooke (Helene York) are suddenly eclipsed by their 13-year-old brother Chase’s (Case Walker) overnight viral video stardom. The twist: Chase is a sweet kid, and The Other Two zigs when expected to zag at every turn. It’s a hysterical takedown of insta-celebrity culture that also stans the fun side. 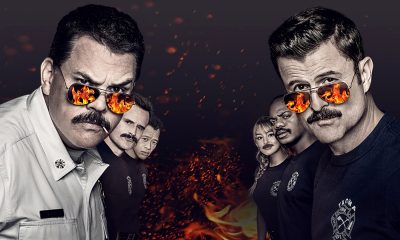 Super Troopers, but firefighters—that’s Tacoma FD, created by and starring Troopers Kevin Hefferman and Steve Lemme. The raunch is dialed back for basic cable, but the idiotic antics and glorious mustaches are in full bro-tastic effect. Tacoma FD is proudly D-U-M-B, but earns its laughs through sheer commitment—and yes, of course there’s a weed dispensary fire.