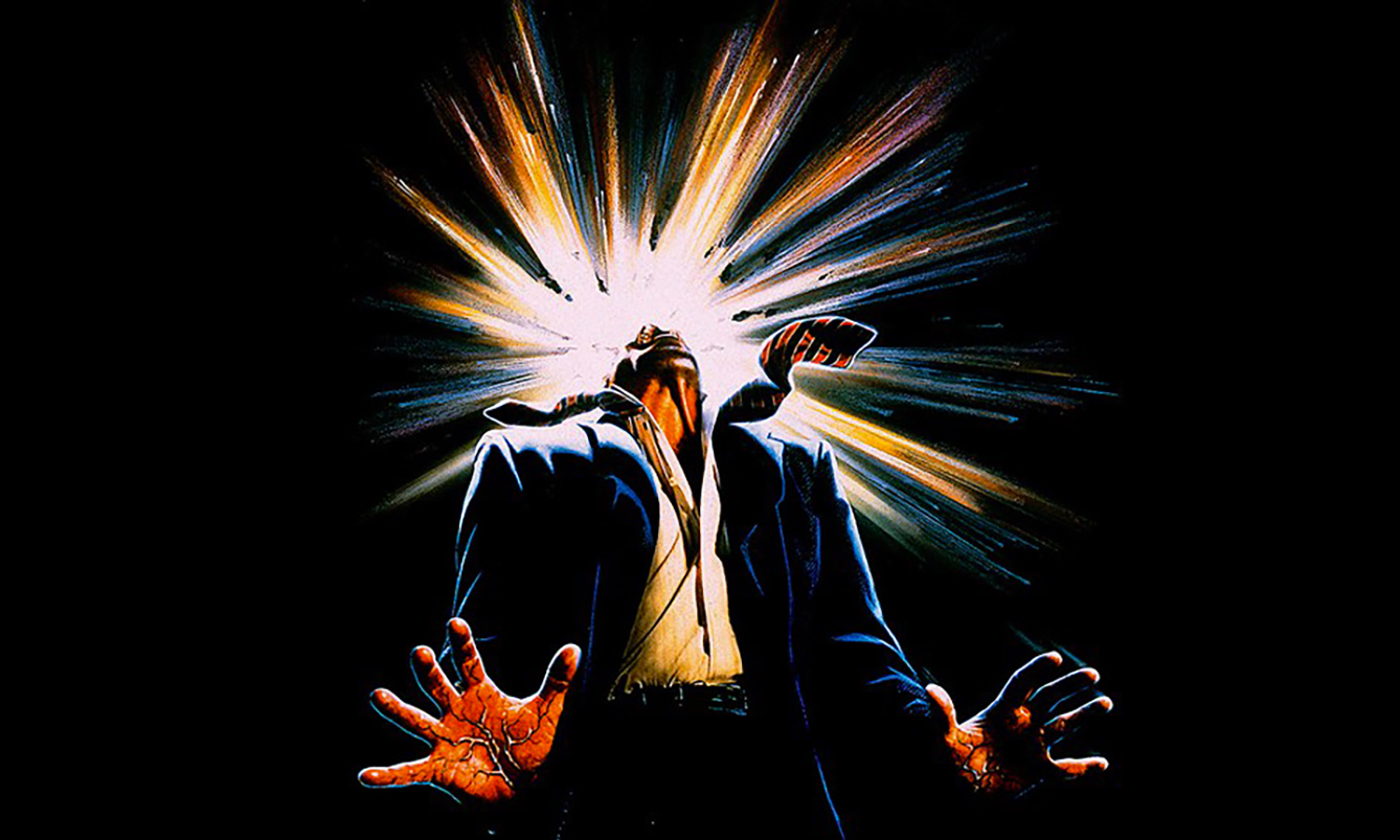 The year 1991 was a big one for music: Nirvana, Soundgarden, Pearl Jam, Smashing Pumpkins, Primus, Red Hot Chili Peppers and Metallica all released career-defining albums, Jane’s Addiction launched Lollapalooza, and James Brown was paroled from jail after being arrested for leading a high-speed car chase through two states. Considering Brown was nearly 60 at the time, that’s punk rock as fuck.

The horror movies of 1991 were another matter. Aside from classics like Cape Fear, The People Under the Stairs and Body Parts, ’91 was weak sauce on the scary flicks front. Mr. Bungle’s debut album—another 1991 benchmark—was more terrifying than anything at the theaters.

Here are nine horror movies from 1991 to remind you how good you have it during spooky season 30 years later. They’re streaming because you can’t rent them from Blockbuster Video (it’s a Spirit Halloween store now). 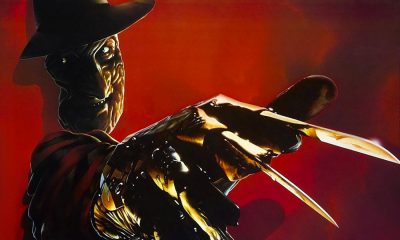 The sixth of nine Nightmare on Elm Street movies, Freddy’s Dead: The Final Nightmare introduces Maggie Krueger, the long-lost daughter of Freddy who’s out to kill off dad for good (didn’t take, obvs). The only redeeming factor of Freddy’s Dead is Iggy Pop’s creep-rockin’ theme song, though watching Breckin Meyer being slaughtered in a video game is a treat. 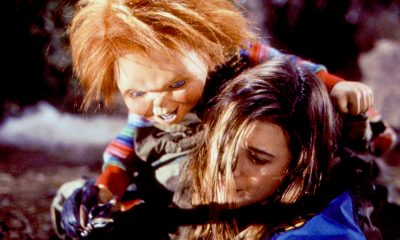 Chucky’s back, and he’s found now-teenaged owner Andy at military school—besides knives and razors, Chucky now also has guns and grenades to play with in his tiny-handed murder spree. Not that it helped the movie, as Child’s Play 3 is consistently ranked at the bottom of the franchise by hacks who bother to crank out such lists, wait, am I one of them? Fuck. 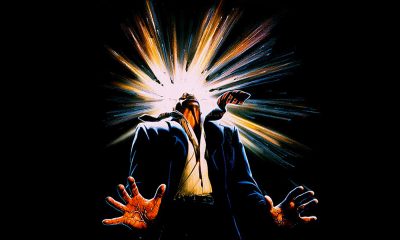 Made 10 years after the original 1981 classic without writer/director David Cronenberg, Scanners II: The New Order is dumber, cheaper and more overtly Canadian than a wholesale case of Moosehead. Brain-exploding telekinetic displays are disappointingly scarce in The New Order, but the flick did introduce the concept of the silent disco—blame Canada! 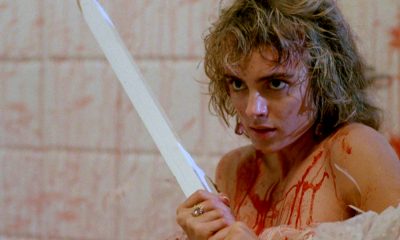 A family of European vampires settle into normie Cali life in Long Beach, but soon find themselves being hassled by a Texas vampire hunter militia because Texas gonna Texas. There’s also a vampire biker gang led by a dude named “Butcherbird,” which sounds like a meat-delivery startup, and a scene hinting that Donald Trump might be a bloodsucker. Prescient. 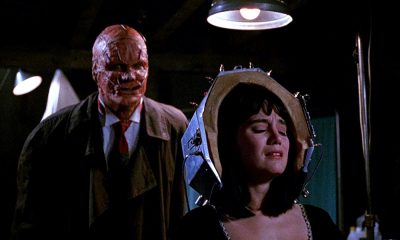 A group of college students stage a B-movie marathon at an old theater to raise money for their film program, but the party is crashed by a psycho killer bent on avenging a failed horror movie director. The schlock flicks shown within Popcorn are better than the movie itself, as was the poster: “Buy a bag, go home in a box.” Wasn’t that also the tagline for Tenet last year? 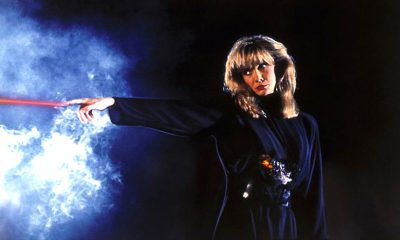 When her rapist skates for his crime in court, a concert pianist commits suicide by jumping off the courthouse roof. Her brother, a robotics scientist, takes it upon himself to resurrect her as a cyborg and then directs her to kill her attacker and his pals—damn, bro. Steel and Lace is a cheap-o mashup of I Spit on Your Grave, Robocop and a L’Oréal ad, but at least the kills are cool. 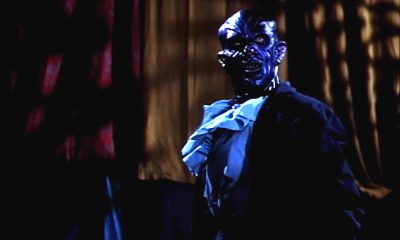 A vampire circus owner—you’re an immortal being and that’s the job you go with?—captures a drifter werewolf and forces him to perform in his cavalcade of freaks. The original 1981 Howling was a classic horror flick, but by the sixth installment, the franchise was inbred past the point of no return (and yet two more even worse sequels followed). End wolfsploitation now! 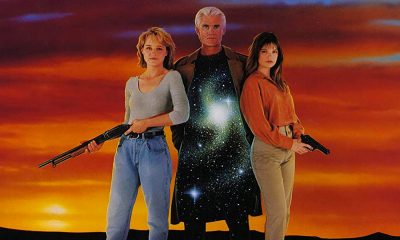 Six Trancers movies were made between 1984 and 2002, and no one ever realized “Trancers” was an incomprehensible name for sleeper-cell zombies. “Sleeper-Cell Zombies” would even have worked. Anyway: 23rd-century cop Jack Deth travels through time to stop Trancers; in II, he’s married to Helen Hunt, a grave mistake any sensible time traveler would have avoided. 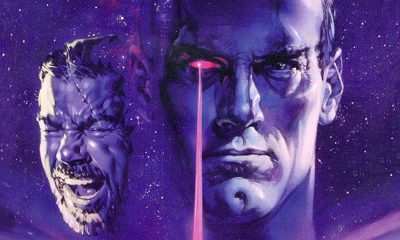 Abraxas, Guardian of the Universe (Tubi)

Yes, these last two are more sci-fi than horror—are you not getting your money’s worth here? “Guardian of the Universe” is a hell of an inflated job title for Abraxas (Jesse Ventura), who’s just a space cop tracking a rogue villain who’s landed on Earth to impregnate a human woman with his intergalactically evil seed. Reportedly, Ventura thought he was filming a documentary.