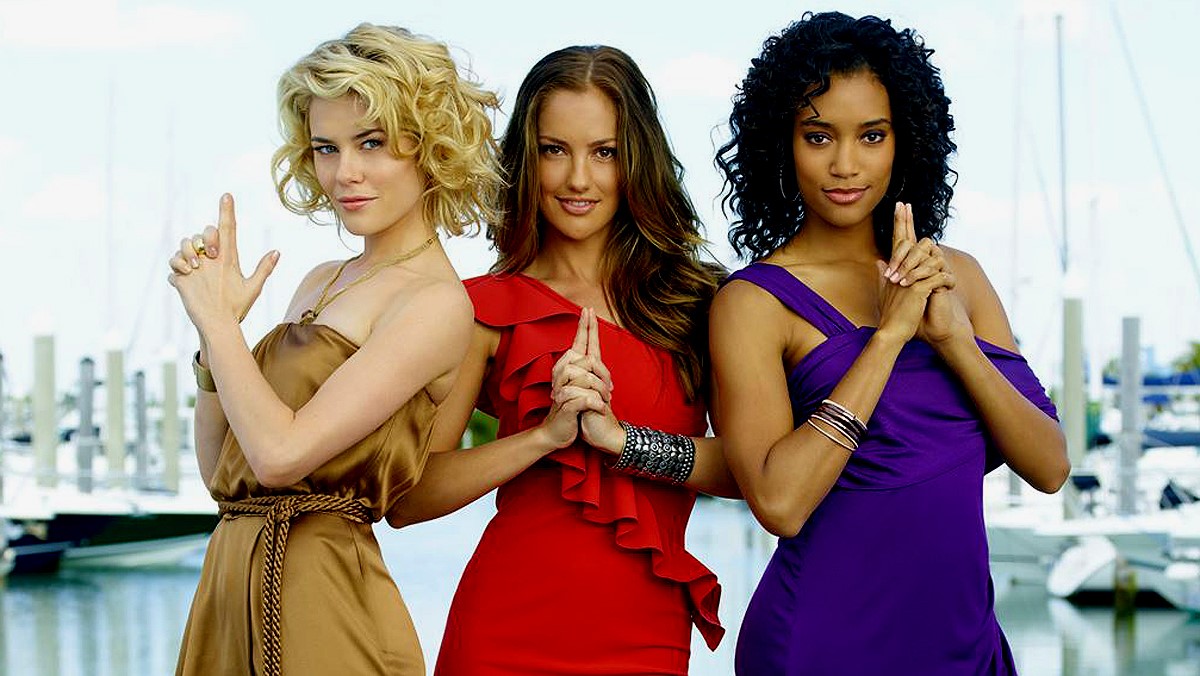 “Whatever happened to all this season’s losers of the year? / Every time I got to thinking, where’d they disappear” –Cheap Trick, “Surrender”

America’s greatest rock and roll band may or may not have been referencing the fall TV season, but, for Content Shifter’s selfish purposes, let’s say they were. I’ve spent piles of money on Cheap Trick over the years—I even bought that album with “The Flame,” blech—it’s time they gave back.

The fall TV season used to be a desperate avalanche of dozens of new series launching in a single week across all broadcast networks. Few of this suicide squad of shows would make it to winter, and some would even be killed off by their networks after airing only a couple of episodes.

In (dis)honor of the fall TV season, such as it is anymore, here are nine past series that were quickly and mercifully killed. No, they’re not “officially” streaming anywhere—try YouTube. 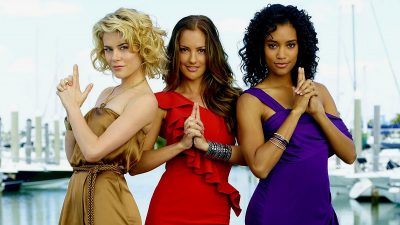 The second TV iteration of Charlie’s Angels could have used some of the drugs that obviously fueled the fizzy early-2000s movies—these Angels (Minka Kelly, Annie Ilonzeh and Rachel Taylor) were a stone-cold snooze. Rather than doubling down on the camp or going full dark noir, this Charlie’s Angels tried to be a straight cop show—the 2019 Kristen Stewart movie made the same mistake. ABC let it run for eight whole episodes in fall 2011 before pulling the plug. 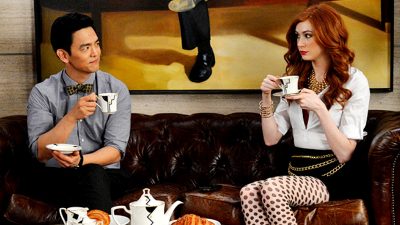 Karen Gillan (Guardians of the Galaxy, Gunpowder Milkshake) is a fantastic comic actress whose charms didn’t translate in Selfie, her lone sitcom lead attempt. She played Eliza Dooley, a self-obsessed social-media climber who seeks help from her co-worker, Henry Higgs (John Cho), to connect better with people IRL. Yes, they’re based on Eliza Doolittle and Henry Higgins from My Fair Lady; that’s as deep as it gets. ABC aired seven Selfie episodes before banishing it to Hulu. 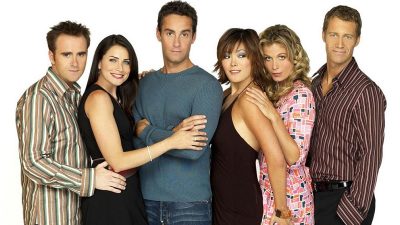 Like The Office, Coupling was a popular British series that NBC thought could be made over into an American hit. Unlike The Office, Coupling flamed out spectacularly after only four episodes. Coupling was essentially Friends with more sex and innuendo, which worked well for the BBC original, but scared the shit out of some U.S. NBC affiliates that refused to air the tamer/lamer remake (like KSL 5 in Salt Lake City). Check out the o.g. Coupling on HBO Max and Hulu, instead. 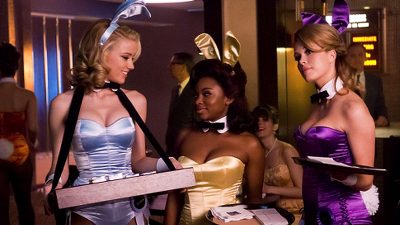 Despite months of free publicity from outraged religious dolts (is there any other kind?), The Playboy Club, a true-ish 1961 Chicago period piece, was 86ed from NBC after only three episodes in 2011. The Playboy Club was meant to capitalize on the retro-‘60s popularity of Mad Men at the time, but NBC overlooked minor details like writing, acting and not being a fucking cable TV network. ABC tried to cash in with Pan Am the same year—it also sucked. 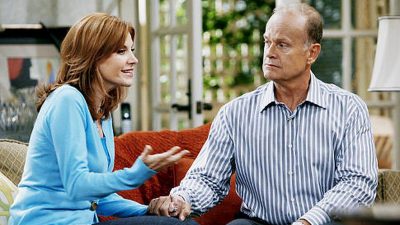 After Frasier, Kelsey Grammer went on to do some excellent dramatic work, like in the 2011 Starz series Boss and the 2020 tour de WTF? film Money Plane, but nobody remembers Hank. The ABC sitcom, which only lasted five episodes, starred Grammer as a Wall Street power player who loses it all and returns to his small hometown to reconnect with family—I fell asleep during that sentence, too. Not even the laugh track could believe this shit was happening. 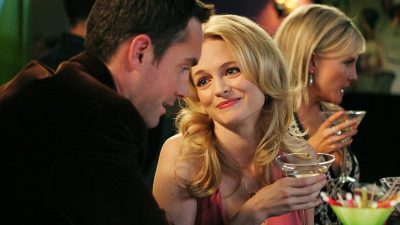 Critically derided for its tone-deaf gay stereotypes and canceled after one episode in 2006, Emily’s Reason Why Not still isn’t the worst TV work Heather Graham has ever done (see: Lifetime’s Flowers in the Attic and Petals on the Wind). Graham starred as Emily, a self-help book author who can’t land a boyfriend—in the first episode, a date she thinks is gay just turns out to be a Mormon (OK, that is funny). Even funnier, ABC spent $5 million on Emily’s ad campaign. 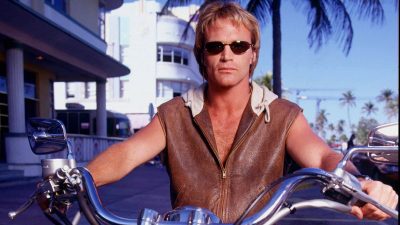 Lawless was Fox’s attempt to transform ex-NFL star Brian Bosworth into a TV action star—it was canceled after a single Saturday night airing in 1997. He played John Lawless, a special forces op-turned-Miami private investigator who cruises South Beach on a motorcycle looking for trouble and leering at bikini babes (the pilot episode is about 80% the latter). Sadly, Bosworth never topped his film debut, 1991’s stoopid-awesome Stone Cold—seek it out. 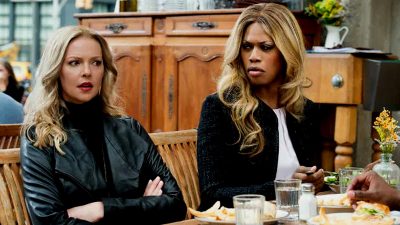 Notable for casting Laverne Cox as the first-ever transgender actor and character on a broadcast network, Doubt was also Katherine Heigl’s most determinate TV expulsion since Grey’s Anatomy: Doubt was canceled after two episodes. Maybe it was the plot, wherein she played a brilliant attorney—they’re always brilliant attorneys—who begins fucking her client, a surgeon accused of murdering his girlfriend just 24 hours earlier. So, there was no Doubt here, CBS? 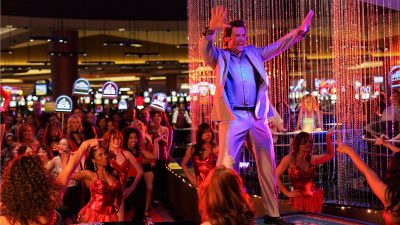 Speaking of terrible CBS ideas that aren’t James Corden, Viva Laughlin was a murder mystery set in a casino … and the characters occasionally broke into song. Now, when done right (see Zoey’s Extraordinary Playlist and Crazy Ex-Girlfriend), the musical approach can work—Viva Laughlin was dead-set on doing everything wrong, like making future Greatest Showman Hugh Jackman sing the most cheesedick cover of “Sympathy for the Devil” ever (including Guns N’ Roses’).