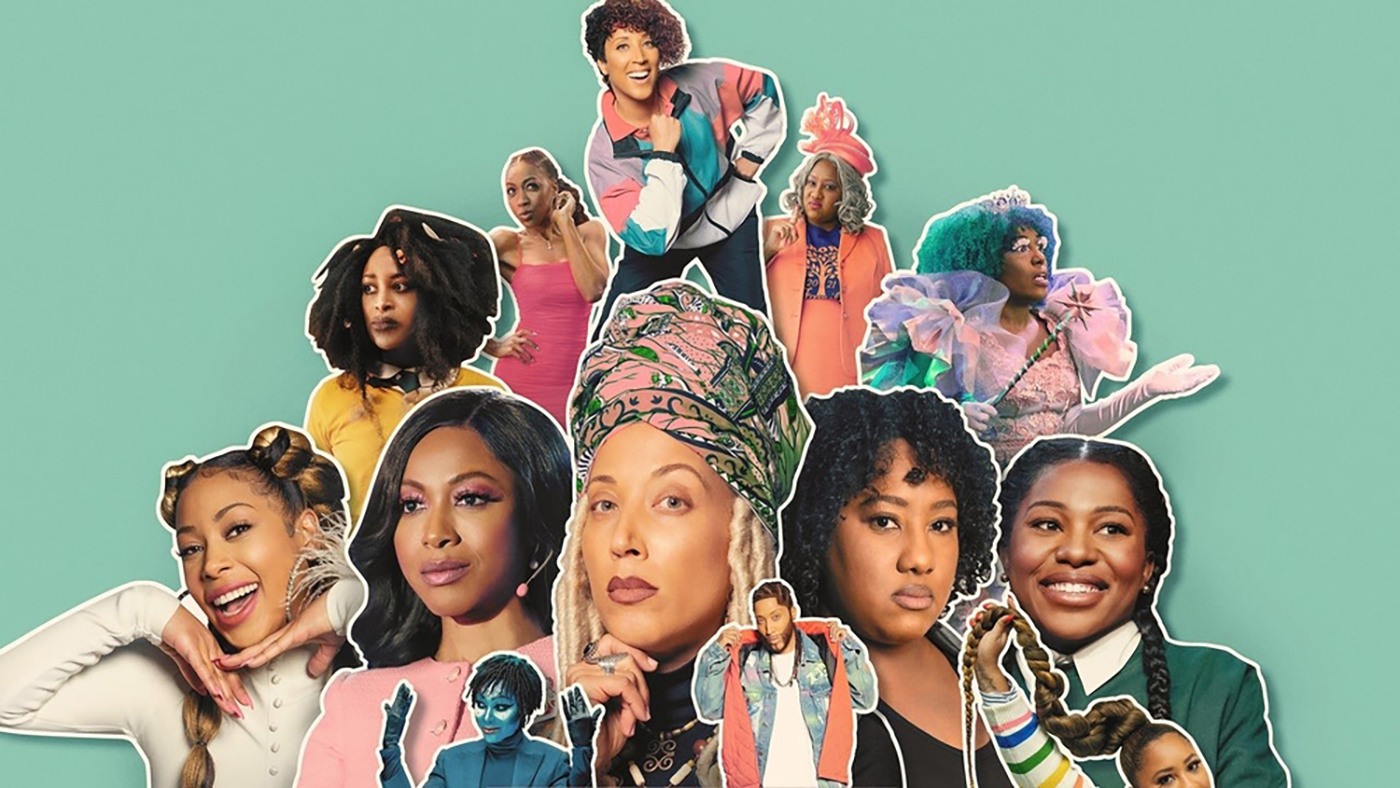 Summer has arrived and you’re thinking, “I don’t have time to watch TV—I’m an active, thriving human with months of outdoor fun ahead of me!” Yeah, keep telling yourself that.

“Content Shifter” is taking it easy on couch slugs who might actually leave the house this June by keeping it short. Several TV series premiered over the winter and spring with truncated runs—that means fewer episodes, not a gastrointestinal vaccine side-effect—which can be consumed quickly before you peel yourself off the sofa.

Here are nine recent series with a dozen episodes or less to check out before you inexplicably trade the air-conditioned bliss of home for the sun-scorched hell of “summer fun.” I mean, get out there, ’Merica! 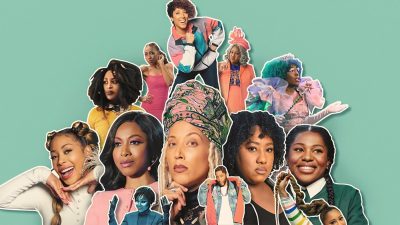 A Black Lady Sketch Show is produced by, written by, and stars black women exclusively, including series creator Robin Thede, a long-overlooked comic force now running her own show. ABLSS’ sketches take the Black perspectives of Chappelle’s Show and Key & Peele to a new, female-centric level, and already has an instant-classic character in Thede’s Dr. Haddassah Olayinka Ali-Youngman, a “hertep” philosopher with no fear (or discernable point). Coincidentally, the show takes place during the End of the World (too soon?). 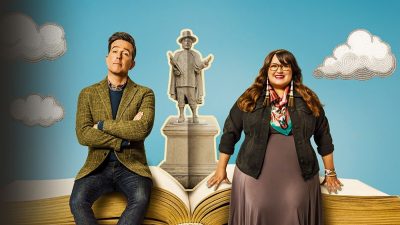 Nathan Rutherford (Ed Helms) is obsessed with keeping his founding family’s legacy alive in the small town of Rutherford Falls; the local Minishonka Nation has bigger plans than dwelling on ancient white land-grabbers. The sweetly hilarious and complicated friendship between Nathan and Reagan Wells (Jana Shmieding) is the heart of Rutherford Falls, which subtly addresses Native American relations and, not so subtly, monuments to problematic colonizers (the town statue of founder “Big Larry” Rutherford is a progress roadblock and literal traffic hazard). 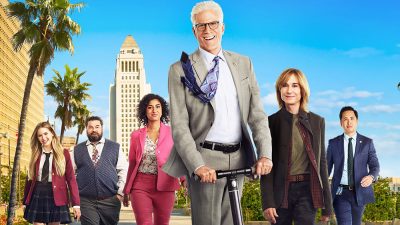 You may have blinked and missed this one back in January: Mr. Mayor teams American sitcom institution Ted Danson with producers Tina Fey and Robert Carlock (Unbreakable Kimmy Schmidt, 30 Rock) for the fun kind of political weirdness. Rich businessman Neil (Danson) thinks he can run Los Angeles but is quickly proven wrong upon landing the mayoral gig, and is upstaged at every turn by his Bernie Sanders-esque deputy (scene-stealer Holly Hunter). Mr. Mayor slightly waters down 30 Rock’s quirks, because broadcast TV can’t handle it anymore. 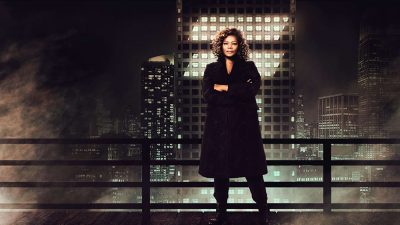 The Equalizer (Season 1 on Paramount+)

The original ’80s Equalizer TV series was no great shakes, nor were Denzel Washington’s 2014 and 2018 movies. Likewise, CBS’ 2021 reboot is a glossy airball that’s cheesier than a boatload of gouda wheels—and yet somehow, this Equalizer just works. Robyn McCall (Queen Latifah) is a former—wait for it—special forces agent who deals out vigilante justice, aided by a married-couple hacker (Adam Goldberg) and sniper (Liza Lapira). How is this lavish, high-tech operation funded? Why can’t the cops catch her? Who cares? The Equalizer coasts on cast charisma alone. 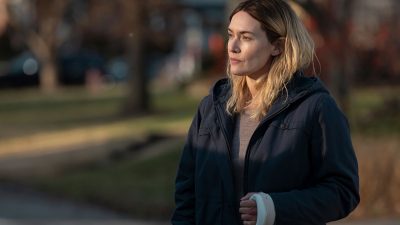 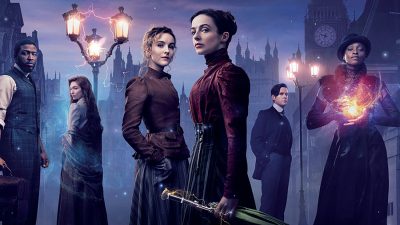 The Nevers (Season 1 on HBO Max)

Created by Joss Whedon (who’s since left the show for “personal reasons,” riiight), The Nevers is a visual feast of Victorian-era steampunk anarchy with a killer, nimble-tongued cast—so where’s the hype? Over in Easttown, apparently. Amalia True (Laura Donnelly) runs a sanctuary for The Touched, people with “extraordinary powers” (like witches, or X-Men) not fully accepted in 1899 London—she’s also exceedingly adept at drinking, fighting, and fucking. Season 1 of The Nevers cements a universe over five episodes, only to blow it up in the sixth. Brace for impact. 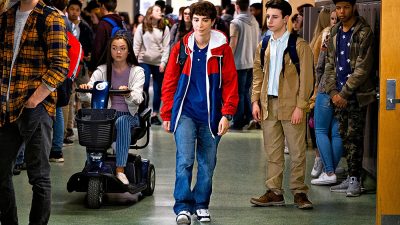 Not only did Nasim Pedrad (New Girl, Saturday Night Live) create, write, and produce Chad, she also completely transforms her 30-something self into the titular 14-year-old Persian boy—let’s see “brave” Kate Winslet pull that off. Chad is so desperate to fit in with the cool kids during his first year of high school that he’s an insufferable dickhead to his friends, family and anyone in his path (so, typical 14-year-old boy). Pedrad pushes the cringe envelope to the limit, not so much creating comedy as inflicting it. Curb Your Enthusiasm has met its uncomfortable match. 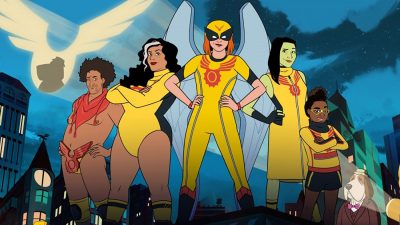 Twenty(!) years ago, Harvey Birdman, Attorney at Law premiered on Adult Swim, Cartoon Network’s then-new overnight block for insomniacs and stoners. Birdgirl has a lot to live up to as a kinda-spinoff of the beloved Harvey Birdman, and it doesn’t disappoint in its six-episode debut season, a fizzy blend of smart gags and utter chaos. Birdgirl (Paget Brewster) fights crime by night; by day, she’s a corporate CEO aided by Meredith the Mind Taker (Negin Farsad). If you’ve ever wanted to see Doctor Strange at work in The Office, Birdgirl may be for you. 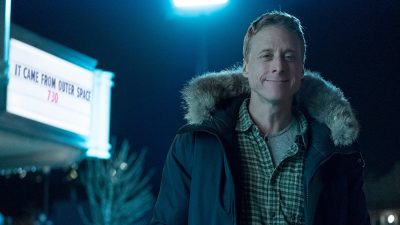 An alien who was on a mission to wipe out human life on Earth crash-lands in a small Colorado town and assumes the identity/body of local doctor Harry Vanderspeigle (Alan Tudyk). The new “Harry’s” awkward AF attempts at being human somehow allow him to blend in, and Tudyk’s bizarro-virtuoso performance absolutely sells the alien’s intentions, both good and malevolent (he’s still going to destroy humankind, even though he enjoys most people … and whiskey). Also woven into Resident Alien is a murder mystery and Ancient Aliens’ Giorgio A. Tsoukalos(!!).