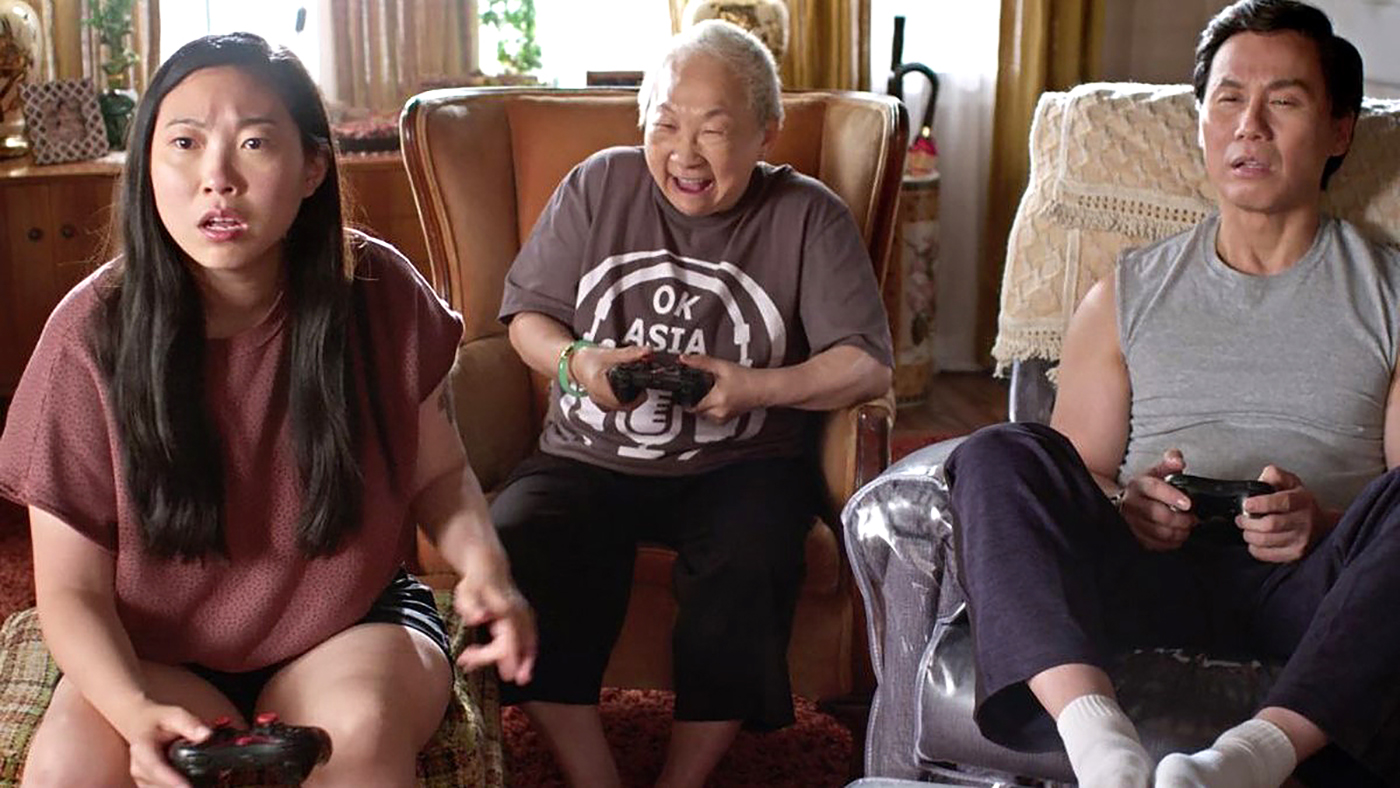 Should we be concerned that billionaires are actively and publicly trying to leave this burning ball? It’s not great optics that these alleged geniuses would rather shoot themselves into space than reside here on the late, great planet Earth anymore, right? Wake up, sheeple!

When the CEO of Big Lots finally boards an off-brand rocket to the stars, maybe then you’ll pay attention. In the meantime, here are 11 TV series premiering in August for your distraction. 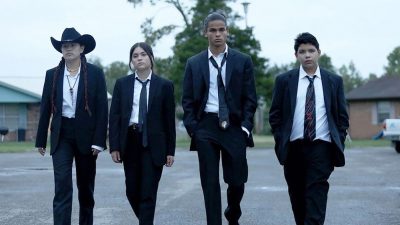 Reservation Dogs (Premieres Aug. 9 on FX on Hulu)
Created by Taika Waititi (What We Do in the Shadows) and Sterlin Harjo (Four Sheets to the Wind), Reservation Dogs follows the criminal misadventures of four Native American teens in rural Oklahoma. As well as being the rare TV comedy set in Oklahoma (besides Carnivàle—settle down, fanboys), it’s also a win for Indigenous representation, with a solid cast of instant-classic characters and Waititi’s signature mix of silly and serious. Don’t miss this. 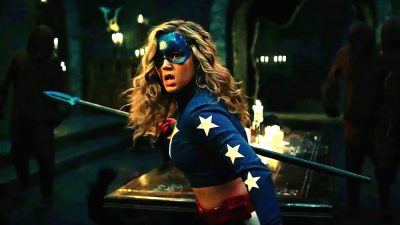 Stargirl (Premieres Aug. 10 on The CW)
Season 1 of Stargirl debuted on the now-defunct DC Universe and The CW in the spring of 2020—you didn’t see it on either platform. When high-schooler Courtney (Brec Bassinger) discovers the Cosmic Staff of the defunct Justice Society of America’s Starman, she becomes superheroine Stargirl. Oh, and her stepdad Pat (Luke Wilson) was secretly Starman’s sidekick. Stargirl is easily the most fun and endearing DC Comics TV series—step off, Zack Snyder. 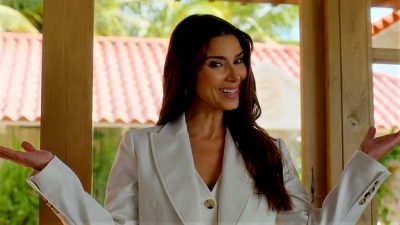 Fantasy Island (Premieres Aug. 10 on Fox)
Of all the reboots of 1970–80s TV “classic” Fantasy Island, Fox’s shiny new version is … the latest. While your questions of “Why?”, “Huh?”, and “What the fuck is Fantasy Island?” are duly noted, any series that employs Roselyn Sánchez is OK by me. Here, she plays a descendent of the original’s smarmy Mr. Roarke, overseeing a luxury resort island where all fantasies are fulfilled, and few come without consequences. Hey, at least it’s not another reality show. 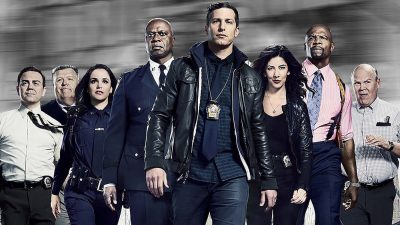 Brooklyn Nine-Nine (Premieres Aug. 12 on NBC)
Season 8 will be the final run for Brooklyn Nine-Nine, the funniest series ever canceled by both Fox and NBC. The ensemble cop comedy has always existed far outside the world of Blue Lives Matter, much in the same way The Office didn’t represent the paper industry and Friends ignored New York City rental-price realities and bras. The final B99 season won’t bring back cast MVP Chelsea Peretti, but at least we’ll have more Cheddar the corgi (he’s a very fluffy boy). 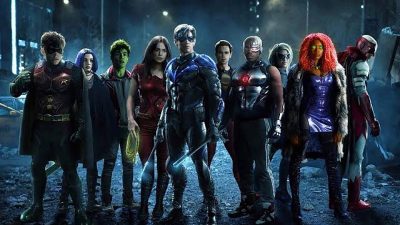 Titans (Premieres Aug. 12 on HBO Max)
Where Stargirl reps the sunnier and more upbeat side of the DC Universe, Titans goes full emo (Robin/Dick Grayson’s most infamous line from the series’ 2018 debut episode: “Fuck Batman!”). Titans is brutally darker than its Teen Titans source material, and it can’t match the bizarro humor of fellow DCU series Doom Patrol, but it’s still more engaging than any big-screen version of Justice League. Now that the show has moved to HBO Max for Season 3, look out. 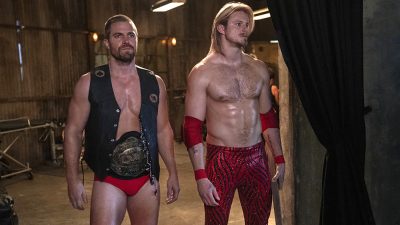 Heels (Premieres Aug. 15 on Starz)
Pro wrestling is America’s only real sport, so why has it taken so long to produce a real drama about it? Heels, starring Stephen Amell (Arrow) and Alexander Ludwig (Vikings) as brothers and rivals within their late father’s Georgia wrestling league, is a more serious affair than recent wrestling comedies like GLOW—think Sons of Anarchy with headlocks instead of Harleys. If you think a dramatic interpretation of pro wrestling can’t possibly work, check out The Wrestler. 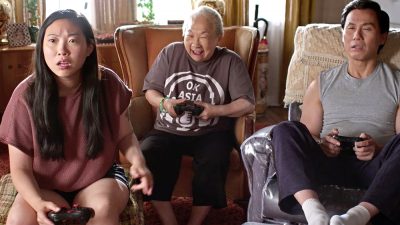 Awkwafina is Nora From Queens (Premieres Aug. 18 on Comedy Central)
Season 1 of Awkwafina is Nora From Queens debuted in January 2020, which seems like 10 years ago—welcome back, Nora! The same goes for Grandma (Lori Tan Chinn) and dad Wally Wally (BD Wong), rounding out the funniest Comedy Central trio since Workaholics. Like a spiritual sister to Broad City’s Abby and Illana, Awkwafina’s Nora is a stoner with a mission: to move out of Wally and Grandma’s apartment (there are no small goals, only small bowls). 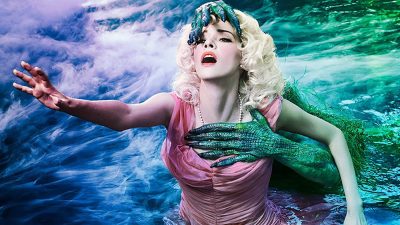 American Horror Story (Premieres Aug. 25 on FX; next day on Hulu)
Double Feature, American Horror Story’s 10th-season theme, is what it says it is: two different tales, “One by the sea, one by the sand.” As usual, not much else is known about the new AHS season, but anthology players Sarah Paulson, Lily Rabe, Evan Peters, Finn Wittrock, Frances Conroy, Leslie Grossman and Denis O’Hare are back, joined by newbies Macaulay Culkin and Neal McDonough (as … Dwight D. Eisenhower?). Please get weird with this, Ryan Murphy. 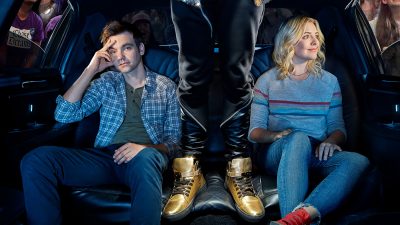 The Other Two (Premieres Aug. 26 on HBO Max)
The first season of The Other Two dropped in January 2019, which might as well be 1989 in pandemic time. Season 2 moves the show from Comedy Central to HBO Max, with failed artist siblings Cary (Drew Tarver) and Brooke (Helene York) still trying to adapt to the massive overnight viral success of their teen YouTuber brother Chase (Case Walker). No other show satirizes and salutes pop-cultural stardom like The Other Two—get smart, catch up. 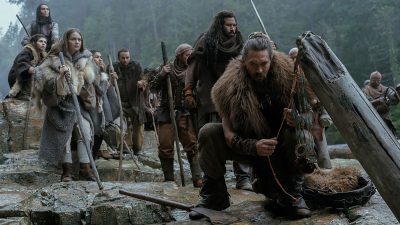 See (Premieres Aug. 27 on Apple TV+)
Apple TV+ has bankrolled many a sharp, compelling original series since its 2019 launch—See is not one of them. How this blindingly stupid post-apocalyptic drama about sightless warriors (led by Jason Momoa, who still can’t act out of the ocean) earned this second, and an upcoming third, season is beyond all logic. Then again, so is an iPhone company launching a streaming network. See is at least good for a laugh, and it looks great on an Apple TV 4K, so … 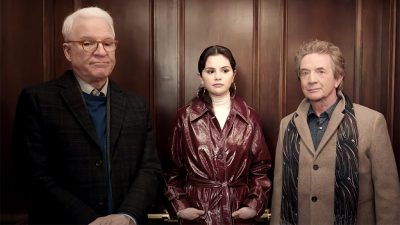 Only Murders in the Building (Premieres Aug. 31 on Hulu)
Would you believe that comedy icon and accomplished banjoist Steve Martin has never had a recurring role on a TV series? That ends now with Only Murders in the Building, a mystery-comedy about Manhattan apartment neighbors (including Martin, Amy Ryan, Martin Short, Nathan Lane and Selena Gomez) who investigate, and record a podcast about, the suspicious death of a fellow tenant. I don’t condone new podcasts (there’s enough), but I’m here for this.