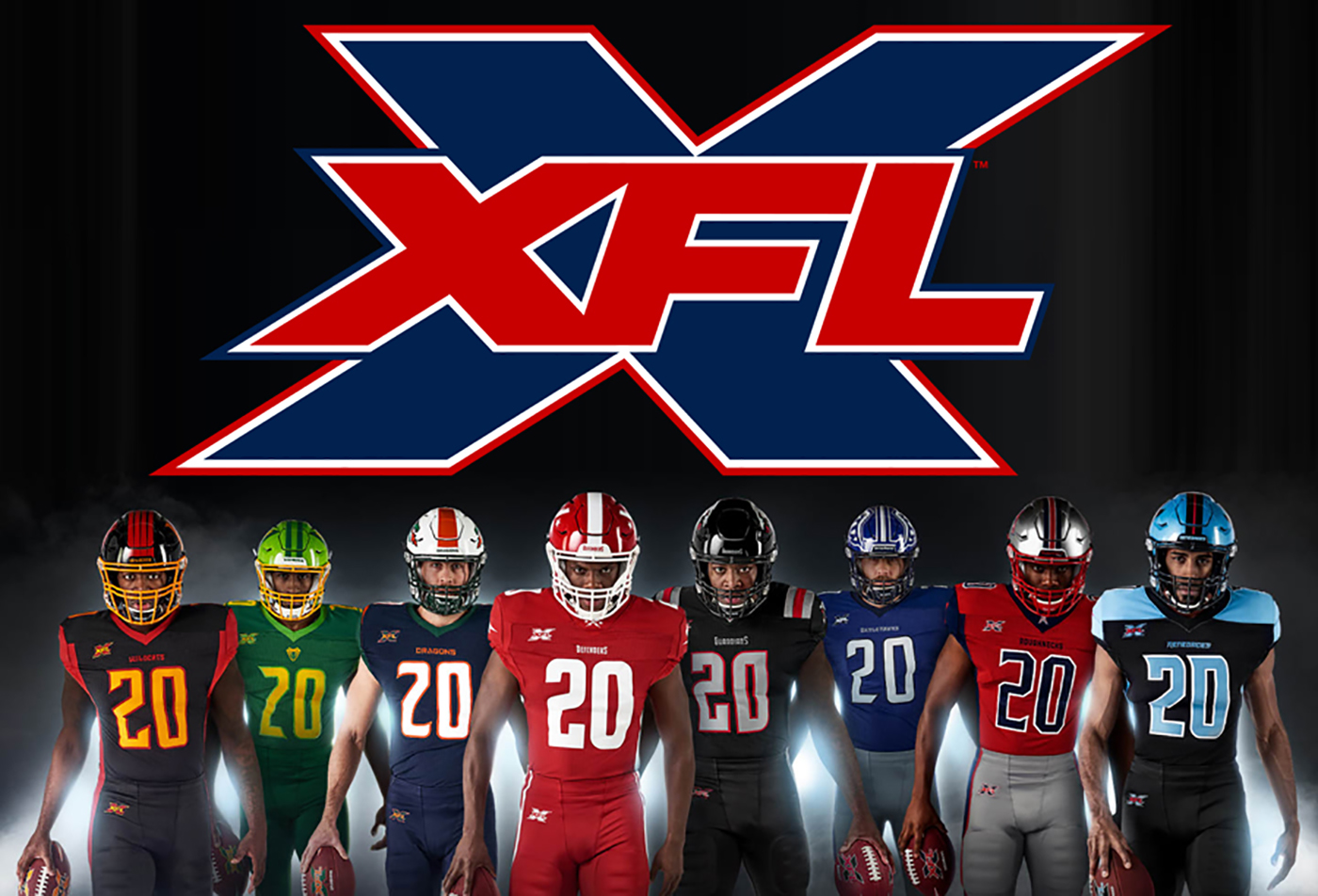 Like you, I was on the fence about the whole “the world ended in 2012 and we’ve been existing in a fucked-up alternate reality ever since” theory. But then the resurrection of the XFL was announced, so there’s no denying it: This is another dimension, and something is OFF.

For those unaware, the XFL was an “xtreme” football league launched by World Wrestling Entertainment in 2001. You don’t remember it because the XFL crashed and burned after one mismanaged dumpster fire of a season—or because your memory was wiped by the 2012 shift.

But now it’s back! Why? Stop thinking so hard. Here are the XFL teams we’ll all be following to glory, streaming on ABC, Fox and ESPN beginning Saturday, Feb. 8.

Washington D.C.’s 68th pro sports franchise will be led to violent, bloodletting victory by head coach Pep Hamilton, best known as the frontman of seminal ’90s noise-rockers Helmet—like a football helmet, get it? The Defenders are also notable for having D.C.’s least-racist team name.

When the XFL failed to recruit Imagine Dragons into its new gridiron venture, WWE boss Vince McMahon said, “Fuck it, we’ll go to Seattle—they don’t have any football up there.” The readjusted Seattle Dragons are expected to have a strong running game, despite playing in Birkenstocks.

The Houston Roughnecks derive their name from a downtown 1980s leather bar secretly frequented by NFL Oilers. In homage, the Roughnecks will play wearing zipper masks and ball gags instead of helmets and mouth guards.

Early reports have it that the L.A. Wildcats’ coaching staff only wants to use this rebooted XFL season to transition their players into the NFL—which is sooo on-brand for L.A. In 2001, the original L.A. XFL team Xtreme won the league’s “Super Bowl,” so … legacy? Like, totally.

Two XFL teams in Texas? How big is that state, anyway? The new sportsball pride of Texas will play their home games in a refurbished Arlington baseball stadium—xtreme! Also, the Renegades will be the first football team ever to be allowed to use guns in defensive play, because Texas. Sponsored by Alex Jones’ InfoWarsStore.com.

Since St. Louis is home to Anheuser-Busch, the BattleHawks’ official sponsor is … Bud Select? A 99-calorie light beer? A children’s brewski, at best. Even lamer, the BattleHawks’ hashtag is #KaKaw, a fowl cry not likely to strike fear into the hearts of Guardians or Roughnecks.

New York didn’t have a team in the 2001 XFL—kind of an insult, considering that every franchise has boasted a Big Apple squad—even the Lingerie Football League (New York Majesty, represent!). Fun fact: The Guardians aren’t human, but actual, supernaturally animated gargoyles.

Tampa Bay already has the Buccaneers, the Lightning, the Rays, the Rowdies, the Titans and Cannibal Corpse—what do the Vipers bring to the table? Lime-green uniforms resembling VeggieTales cosplay and Gatorade-filled bongs on the sidelines, bro. You gonna get Viped!