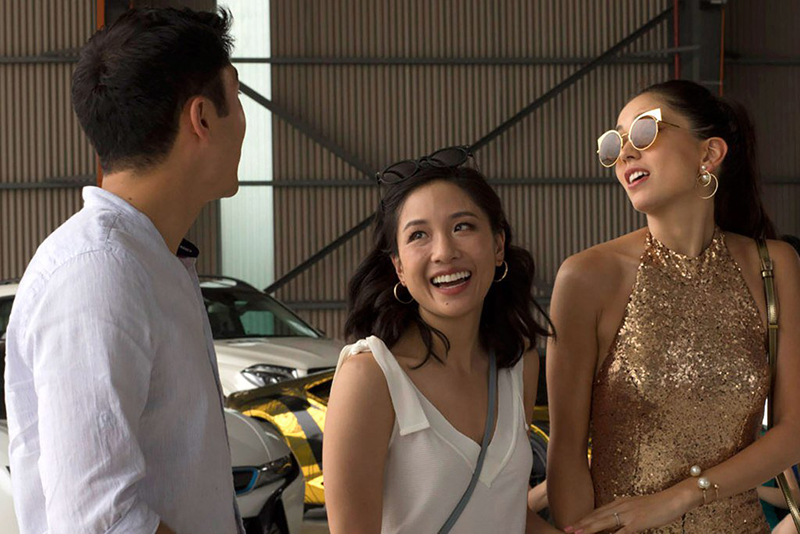 Crazy Rich Asians is based on a bestselling novel by Kevin Kwan. Native New Yorker Rachel Chu (Constance Wu) is dating Singaporean Nick Young (Henry Golding), having no clue about how loaded his family really is. After deciding to attend his friend’s wedding in Singapore, Rachel was quickly brought to reality with the situation. While many of the family members accept Rachel immediately, Nick’s mother, Eleanor (Michelle Yeoh), was not on-board. Along with Eleanor’s disapproval, Rachel must endure the ridicule of being considered a “gold digger.” This film includes beautiful locations and costumes, and the chemistry between Wu and Golding is stunning. Not to mention, this family makes Bill Gates look poor. From the private jets and sport cars to the $40 million wedding, it’s easy to become jealous. While the majority of the film is joyous, Yeoh brings her amazing talents as the sinister aspect. Whereas the leads hold the romantic side of the film, the laughs come from Awkwafina and Ken Jeong as side family characters. Both characters reveal just how ludicrous the wealth of the Young family is. It’s been a long time since a film has arrived with such sincere emotion and heart (it’s also the first Hollywood film to have an entirely Asian cast in 25 years since The Joy Luck Club). You will easily walk out of the theater with a smile on your face.  –Jimmy Martin