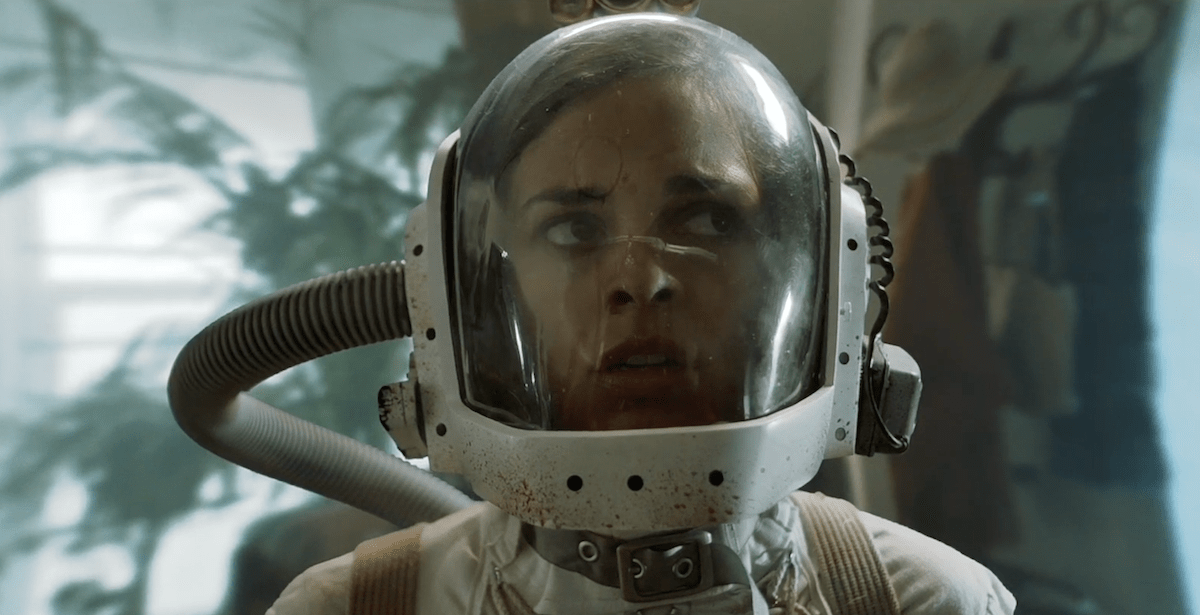 Bloody Disgusting and BoulderLight Pictures
Streaming on Video on Demand 03.23

It’s hard to know where to even begin in trying to review Doors, the new anthology film from horror website Bloody Disgusting, which produced the V/H/S found-footage trilogy. On the one hand, there’s a certain desire to give them credit for trying, but it’s easily eclipsed by the overpowering fear that, if given any encouragement, they might do something like this again. The good news is that at least it’s almost impossible for next time to be worse.

Doors is based around the premise that if you combine enough elements of every alien-invasion movie with Flatliners and Avengers: Endgame, you can almost pass it off as something resembling an original idea. The basic concept is that, without warning, millions of mysterious alien “doors” suddenly appear around the globe, and people start to break on through to the other side, and before long, half the world’s population is gone. The movie is divided into three segments and an epilogue.

Segment 1, “Lockdown,” is the strongest, partially because it’s the first and, at that point, it’s easier to have a sense of hope that this is going to get better as it goes—and it does have some genuine atmosphere for about 13 of its 20 minutes. Four high school students in detention are allowed to figure what’s going on when the sounds of sirens, helicopters and jets can suddenly be heard and when their teacher starts receiving texts and frantically finds an excuse to leave the room. The four kids have already surrendered their phones, and the cabinet that they’re locked inside is practically shaking from the vibration of the texts coming in. The performances from Aric Floyd, Kathy Khanh Nguyen, Rory Anne Dahl and Julianne Collins are solid enough, and the direction from Jeff Desom (X On A Map) shows potential, building some tension, but it builds to a rather dull crescendo.

Segment 2, “Knockers,” is a lot less fun than it sounds—it’s about volunteer explorers who enter the door anomalies to see what is inside, and it really only exists so that, in the event that the upcoming Disney+ series can in some way salvage the career of Josh Peck (the remake of Red Dawn), he has a singular moment to point to as having hit rock bottom. Director Saman Kesh (The Controller) has certainly seen enough other movies to copy them with a modicum of style, but no creative voice or ingenuity are on display.

Segment 3, “Lemaj,” borders on mildly interesting, with a likable performance by Kyp Malone, but in the last few minutes, it looses steam and just becomes off-the-charts stupid. Director Dugan O’Neal and cinematographer Todd Banhazi try to make things interesting until the writing becomes too lazy to salvage.

The epilogue, which is not credited to/blamed on one specific director, is flat-out the most jaw-droppingly embarrassing piece of horror filmmaking since Troll 2. David Hemphill and Darius Levanté give laugh-out-loud terrible performances that are the stuff legends are made of. And I’m actually trying to be kind.

Doors is a science fiction horror film bereft of new or intriguing concepts or any actual scares, and it’s hard to imagine it appealing to anyone. In fact, only the first segment qualifies as even mildly unnerving. The one thing I will say in the defense of the filmmakers is that it doesn’t prove a lack of talent or potential among these directors because there’s definitely some degree of potential on display.

But good films simply do not result from a group of people getting together to bounce around ideas in committee. The reason why many of us feel that bad horror represents film in one of its absolute lowest forms is manifest in the mindset of “We don’t have money to make anything good, but if we make three shorts and call it a horror anthology, somebody will release it.” Instead of one concept that is too thin to sustain a feature, you have three, and somehow that’s better?

While this kind of low-budget, lower-quality shlock might represent a certain “at least I got something made” point of pride, it also screams a “nothing is beneath me” shamelessness that I believe overshadows the previous boast. Obviously, this isn’t a movie that is aiming for greatness, and I’d give it some slack if I could, but the result only has potential as material for Rifftrax. –Patrick Gibbs