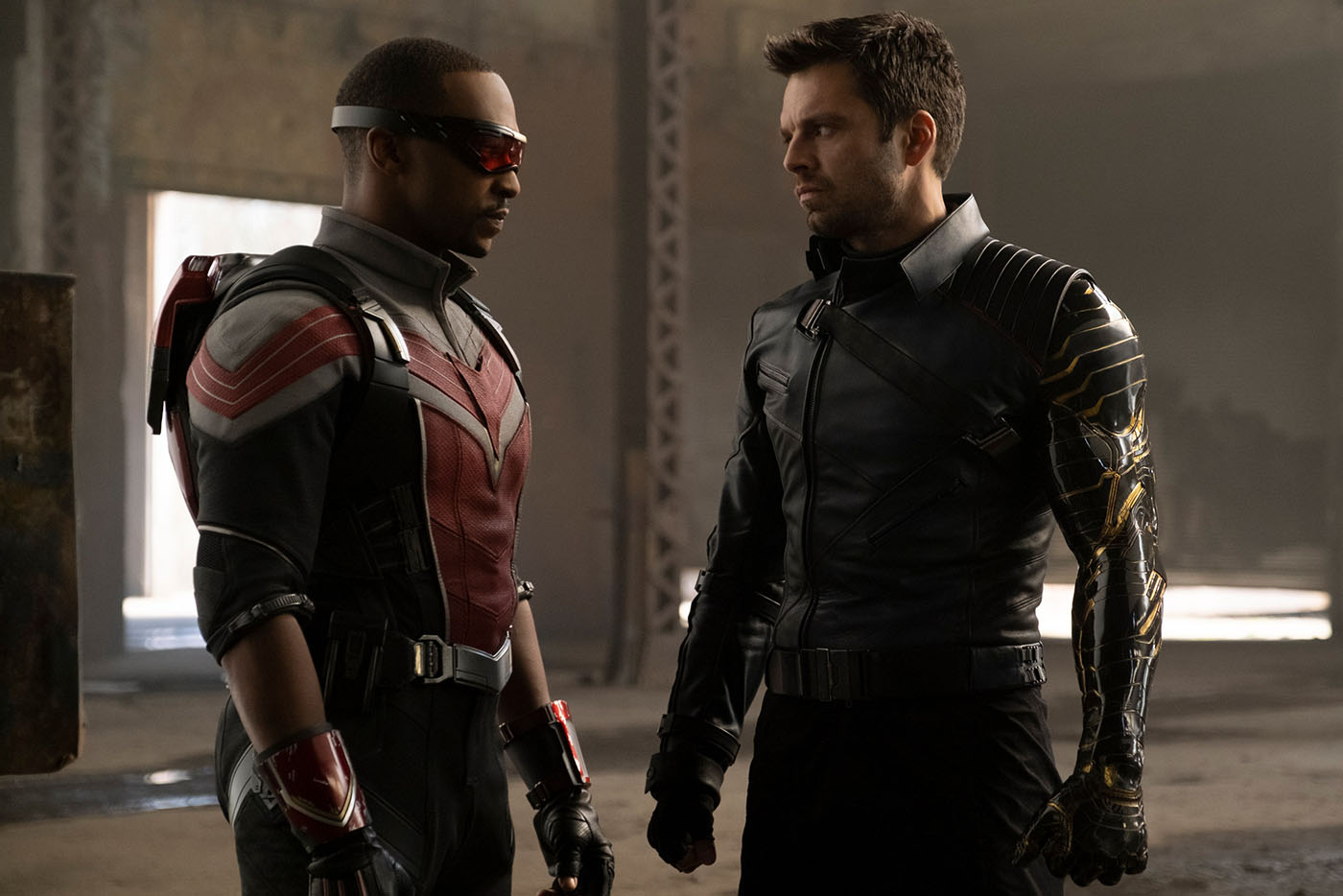 Series Review: The Falcon and the Winter Soldier

The Falcon and the Winter Soldier
Series created by Malcolm Spellman

I hate to sound like such a geek, even though my presence as a regular panelist at FanX, the decor of my home and even my wardrobe make that fact fairly obvious. But I’m addicted to Fridays on Disney+. Between The Mandalorian and WandaVision, especially during the trying times of the COVID-19 pandemic, escaping to the outer rim or to Westview every week with my twin brother, Paul Gibbs, has been nothing short of a lifeline. And now, with the premiere of The Falcon and the Winter Soldier, I have about once a month of blissful escapism in store.

The first episode picks up six months after Avengers: Endgame. The mantle of Captain America has passed to Sam Wilson (Anthony Mackie), but despite the desire of others—including Colonel James “Rhodey” Rhodes (Don Cheadle)—to see him wield the shield, Sam just doesn’t feel that he, or anyone but Steve Rogers, is worthy of that role. Meanwhile, James Buchanan “Bucky” Barnes (Sebastian Stan) is trying to move on with his life, starting afresh at age 106, attending sessions with a therapist (Amy Aquino, Bosch) as part of the conditions of his pardon, and going through a list trying to make amends for his sins—a sort of “Manchurian Candidate’s Anonymous” 12-step program. But despite his efforts, Bucky is still plagued by nightmares and a feeling that he will never be able to put his past behind him. Meanwhile, a rising threat is emerging that threatens the freedom and safety of the nation and the world.

Episode 1 nicely establishes the spy-genre feel that the series is going for, opening with a dazzling, high-flying action sequence featuring Falcon in all his winged glory. Director Kari Skoglund (The Handmaid’s Tale, The Loudest Voice), who is helming all six episodes, excels at the action, which is done in a style reminiscent of the Russo Brothers, particularly Captain America: The Winter Soldier. She capably handles the human drama. Between the therapy session and the general tension level between Sam and Bucky, she establishes a certain, appealing, Marvel-meets–Lethal Weapon quality.

The score by Henry Jackman, who did the Russo Captain America films, perfectly sets the tone for the action-packed-blockbuster feel. Where WandaWision was an altogether unique animal that helped the Marvel Cinematic Universe bust into bold, new territory, The Falcon and The Winter Soldier is a much more straightforward, action- and espionage-oriented tale. While, for my money, WandaVision is one of the best things Marvel has ever done, there’s nothing wrong with taking a more tried-and-true approach to this one, and the section of the fanbase that had trouble getting into the cerebral strangeness of WandaVison is likely to be quite happy.