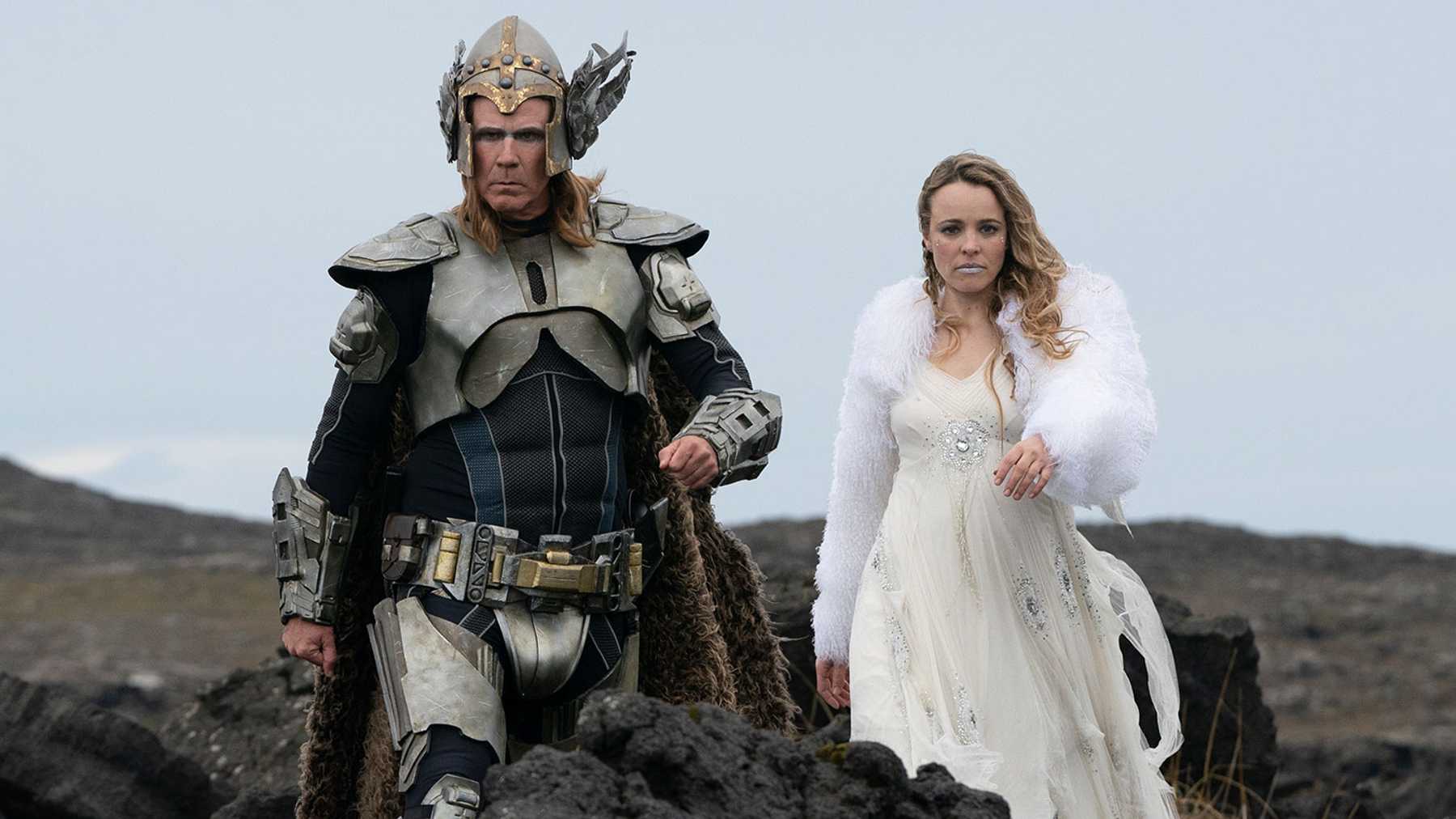 The Eurovision Song Contest has been held every year since 1956. In 1974, a little band called ABBA won and became world famous. In 2020, for the first time ever, Eurovision isn’t happening. Yes, you guessed it: it was canceled due to COVID-19. But the organizers and artists around the world can perhaps take comfort in the fact the legacy lives on this summer in the form of the latest Will Ferrell comedy, where Eurovision is mocked with little to no mercy. Ok, maybe they won’t take comfort in that, but at least we can all take comfort in the fact that this isn’t a sequel to Holmes and Watson.

In 1974, a young Icelandic boy named Lars Erickssong sees ABBA perform on television and his love of music is born. A shy little waif named Sigrit Ericksdottir, who is “probably not his sister,” is so inspired by Lars that she finally learns to speak. Decades later, Lars and Sigrit  (Will Ferrell and Rachel McAdams) have become Fire Saga, a musical duo with their heads in the clouds. Sigrit is an amazing singer; Lars has long hair.

Through a quirk of fate, Fire Sage is given the opportunity of a lifetime to represent their country at Eurovision. Lars and Sigrit’s dreams may finally come true if they can get past the many obstacles that face them, from Lars’ disapproving father (Pierce Brosnan), to their inability to express the feelings they have for each other, to the fact that they kind of suck.

While Eurovision Song Contest: The Story of Fire Saga doesn’t necessarily have the outrageous belly laughs of Anchorman: The Legend of Ron Burgundy, it also avoids the painful levels of grade school idiocy that we get from most of Ferrell’s films (including Anchorman: The Legend of Ron Burgundy) and I found it surprisingly entertaining. In fact, in terms of straightforward silly comedy, I’d say this is the best movie Ferrell has made since Elf.

It’s not on the level of that instant classic, but it may be the first time since then that this wildly talented comedic actor has chosen to play a lovable man-child, and quite simply, nobody does it better. McAdams is every bit his match, though her most spectacular singing has been dubbed. The two have quite a bit of chemistry, and there is a surprising sweetness to the movie that I found very welcome. There’s even some genuine human drama mixed in with all of the crazy shenanigans.

But one of the most pleasant surprises for me was Dan Stevens as the competition’s Russian contestant. Stevens has a lot of hardcore fans from his Downton Abbey days, but I’ve come close to actual hate when it comes to most of his feature work—I still want an apology from God for allowing The Man Who Invented Christmas to get made—but his tendency toward hamminess actually works in this one. Brosnan, who has never looked more like Sean Connery, is a hoot as Lars’ surly father, Erik Erikssong, and the fact that he seems to be in the film mostly as a bizarre inside joke about Mamma Mia! is more amusing than it should be.

Eurovision Song Contest is not a great movie. It’s stupid, but a less egregious kind of stupid than I was bracing for. It’s a guilty pleasure, but there is less guilt and more pleasure than I expected there to be, and I can actually see myself cheerfully sitting through it again. When you consider that I couldn’t even make it 30 minutes into Talladega Nights, that almost qualifies as high praise. –Patrick Gibbs