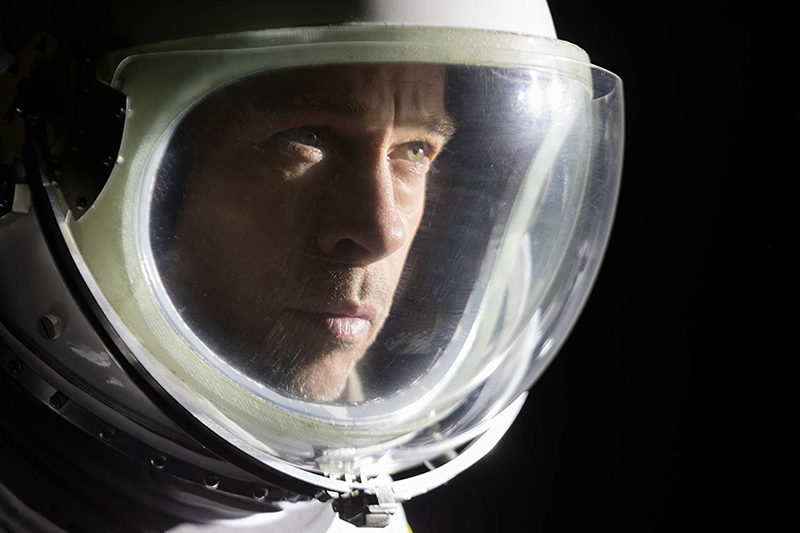 Brad Pitt in space, but give him daddy issues. Such is the general premise of James Gray’s newest thriller, Ad Astra. Gray’s previous feature, the charming if slightly problematic exploration film The Lost City of Z, was full of stunning visuals and raucous suspense. He’s exactly the type to break out of the independent-film-festival world and bring his artistry to glossy, high-budget action flicks. Ad Astra, by all accounts, should be that first leap. Instead, the result is an uneven, surprisingly dull movie with some awe-inspiring visuals and special effects.

One of Ad Astra’s biggest faults is its failed attempts to balance two movies—a high-velocity space thriller and an intimate family drama. This specific merging isn’t new, and other directors have found great success with it in the past. Most famously, Tarkovsky’s Solaris uses highly surreal film techniques to offer mirror images of scientific and personal confusion. Most recently, Claire Denis’ gorgeous, affecting High Life grounded her boundary-pushing sci-fi in a relatable and harrowing political and social framework.

Ad Astra is both less subtle and less cohesive than these films. There’s plenty of sci-fi stock—moon pirates, killer space monkeys, world-ending electrical surges—but it feels at odds, not complementary, to protagonist Roy McBride’s (Pitt) personal dilemmas. His character’s main flaw is his inability to process emotions healthily. He’s the perfect astronaut: level-headed, hyper-aware of his surroundings and an expert at bottling his feelings. This is a crucial starting point for his character’s subsequent development as he ventures into deep space on a hijacked government mission to reconcile with his father. Still, the film is bogged down with an overuse of Pitt’s cringey, middle-school-journal voiceovers and a narrative reliance on the tired, inherit-your-shitty-absent-father’s-faults trope.

Pitt’s performance is fine but nowhere near as enrapturing as it needs to be for how dependent the story is on evaluating his psyche and eliciting the viewer’s sympathy. He can—and has—delivered beautifully understated performances (Terrence Malick’s The Tree of Life is a favorite of mine), but here he’s simply despondent. Even in the film’s most suspenseful or climactic moments, Pitt himself seems like he can’t relate to or believe in the role he’s playing. In this life-or-death cosmic drama, a little of Tyler Durden’s fire or Aldo Raine’s swaggering machismo would be a salvation from the expressionless acting throughout Ad Astra. –Audrey Lockie