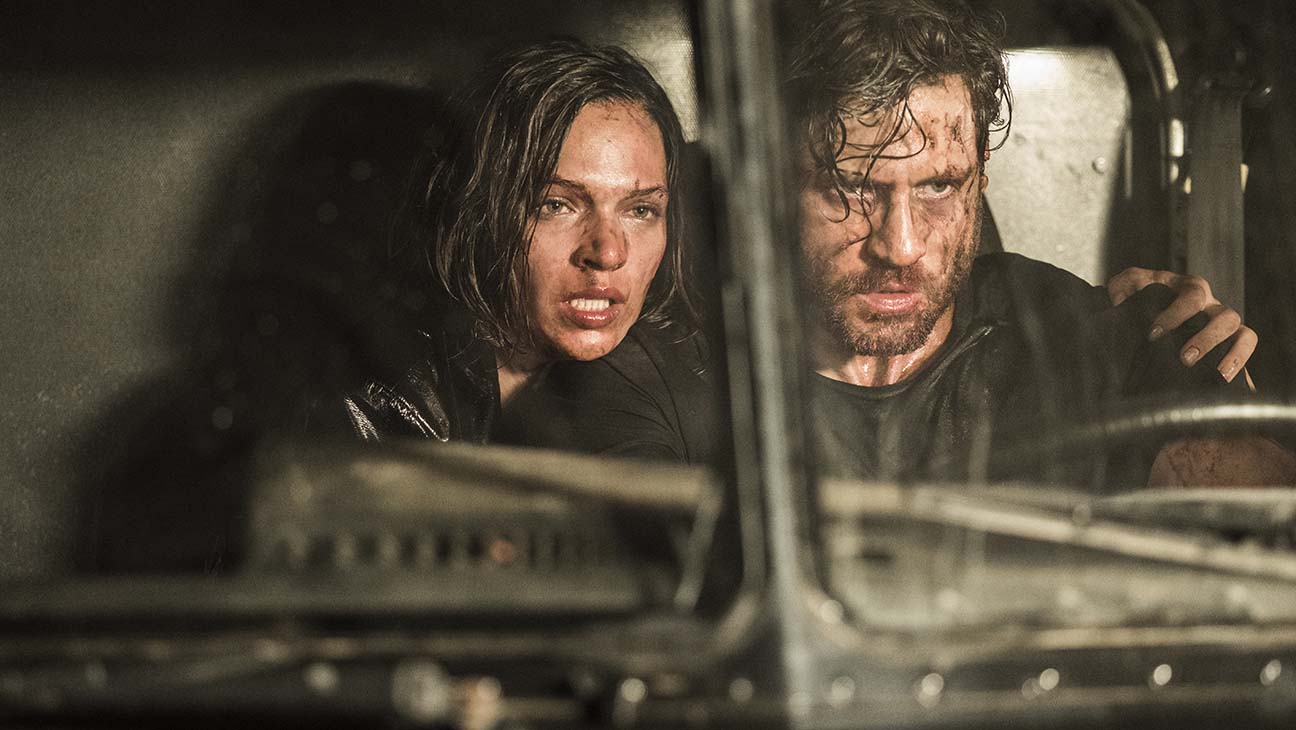 Sometimes, timing is everything. In 2003, Steven Spielberg’s Minority Report played like a starkly prophetic commentary on the loopholes that the Bush administration used to detain people without cause. But sometimes themes can be a little too timely: Right now, no one is looking for a mean spirited and brainless sci-fi action flick about police overreach and riots in the streets, especially when the film has nothing of value to say.

The Last Days of American Crime, which is based on a graphic novel by Rick Remender and Greg Tocchini, stars Édgar Ramírez as a bank robber named Bricke. He's about to become obsolete, thanks to the American Peace Initiative (API), a government program which will send a signal directly to the human brain that prevents anyone from committing a crime. Bricke is approached by an old flame, Shelby (Anna Brewster), who is in the company of a smarmy cokehead named Cash (Michael Carmen Pitt) who served time in prison with Bricke’s late brother. Shelby and Cash have a special device that will block the signal from the API for the three of them for 30 minutes, and they want to use that time to commit the last major heist in American history by stealing $1 billion dollars.

Director Oliver Megaton (Taken 2,Transporter 3, Columbiana) is not known for his low-key approach to storytelling, and he really only seems comfortable when things are going boom—though it must be said that he really has a gift for capturing that distinct feeling you get when you simultaneously realize that, not only is the movie you are watching just terrible, but it’s still got an hour and 45 minutes left to it.

There would never be a right time for this movie, but now is definitely the exact wrong time. It uses police brutality as a cheap device to drive the nonsensical plot forward—cops get implanted with an override chip so they can still kill in the line of duty—and it's full of images and moments that play out as thoroughly cringe-inducing in the context of the national climate. [CW: assault and violence] This includes a cop pinning a woman down and choking her, and one man standing on another's neck. The constant barrage of torture, close-range shootings, blood and guts is occasionally interrupted by awkward bathroom sex, but for all of this mayhem, the movie remains as dull as a plastic fork. The incompetent screenplay is riddled with plot holes and features such immortal dialogue as “Do me a solid. Hold me for a while?” and  “I have things that will hurt permanently ... to death.”

Ramírez has been a likable presence in other films, but he barely even registers as Bricke, and he approaches this starring role as if he is doing time. In contrast, Pitt overmilks every moment he's on screen, trying to channel Dan Hedaya's characterization of Nick Tortelli on Cheers, but plays him as if he was a character in True Romance. Meanwhile, Sharlto Copley (District 9, The A-Team) is utterly wasted in a throwaway role as an overzealous cop, and Patrick Bergin appears in an extended cameo that only serves to let us know that yes, he is still alive and working, but still somehow feel a little sad for him about it. Brewster is trying hard to make the most of this chance at a lead role, but she isn't exactly given any help along the way.

The Last Days of American Crime isn't a film: It's an unsightly blemish on your Netflix queue. You don't watch it so much as you drain the pus out of it so it will go away. The streaming giant owes a public apology for not yanking it from release in the interest of sensitivity. –Patrick Gibbs