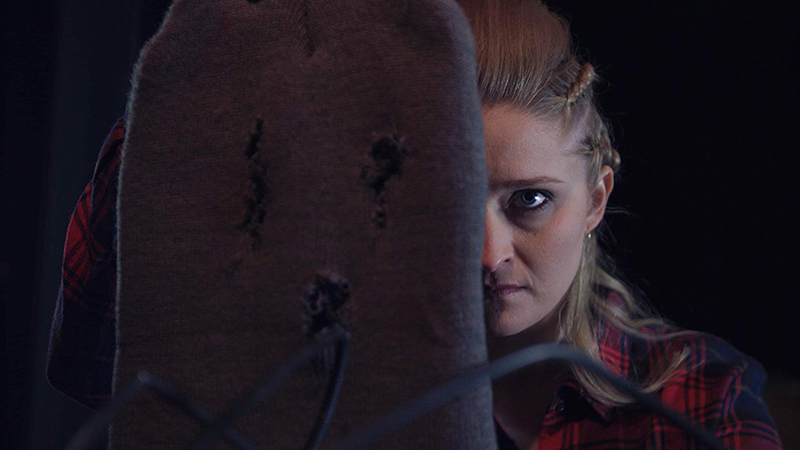 The plot is your typical wrongly-accused, revenge-type romp filtered through the odd mind of director Oscar Sanchez. In the same way you add “in bed” to the end of fortune cookie predictions, Sanchez adds grizzly death to the end of vacant plot scenarios. The emotional density of this film is also uniquely reflected in the film’s artistic hue. As scenes intensify, we see their emotions mirrored in the presentation of the film (cool use of filters, basically). Thicker than Water moves quickly—as short films do—but the cast still shines bright in the moments they have. Stephen Harr’s portrayal of Daniel was authentic, which can be hard considering the nature of the character. However, Harr doesn’t portray a character that requires empathy for their disabilities alone. I feel bad for the character of Daniel for an entirely different set of reasons, illustrating the multi-faceted nature of Daniel. These reasons become the catalyst for his sister’s revenge.

We meet his sister Tommi earlier in the film playing Risk with Daniel. In a scene siblings could appreciate, we see the tired, ordinary instant of a board game that’s gone on too long. It’s a sweet moment, without being sappy, that sets the connection between the two. Seanna Ladd plays Tommi with an air of lunacy that had me thinking she probably didn’t need as much motivation as “Brother Death” to pull this off.

I’d also like to mention that the tropes of the horror/thriller film douchebag were righteously managed. In many films within the genre, simply being a douchebag (with or without the cutoff sleeves) is cause enough for death. It is refreshing seeing this being handled with good reason (for a contrasting example, see any vampire/ill-fated summer camp movie ever made). Sanchez shows up to act as well, playing Detective Ortiz. Hearing his pitchy growly voice in the final moments of Thicker Than Water was the perfect send off for the film, and the atmospheric filtering shows up to fade the film into the credits.

To whatever extent, you will think about this film after it’s all said and done. Thicker than Water can easily be appreciated in the sense that indie short films can. Plus it’s fun to see our local acting talent popping up in the odd places they do. Thanks Lucre Films for creating another fine film for those of us that like to be haunted. –Benjamin Tilton