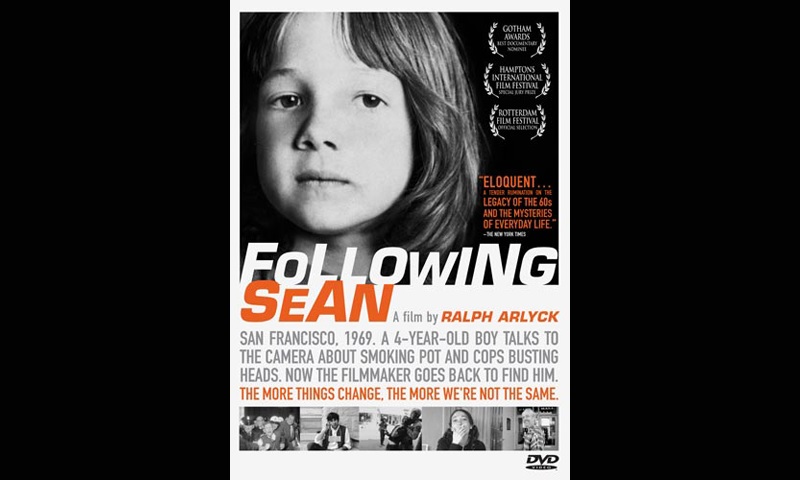 In 1969, Ralph Arlyck interviewed his four-year-old neighbor, Sean Farrell, in an apartment on Haight Street, San Francisco. Sean, the son of two hippies in an “open” marriage, speaks about his experiences smoking pot and seeing cops bust people. Arlyck draws on a wealth of old 16mm archive footage of protest and riot in 60s San Francisco, to evoke the romance of the era without being blinded by it. The film jumps ahead forty years, when Arlyck, now living in New York, returns to San Francisco to see whatever happened to Sean. What he finds is not the crackhead or jailbird many had predicted, but a married father and a Berkeley graduate, now working as an electrician. What is captured is not so much a social statement as it is a human question: How do we reconcile the romantic ideals of the 60s with the realities of our daily lives? The film offers no simple answers, but instead paints with tenderness the complexity of being a post-war average Joe. -Jeff Guay