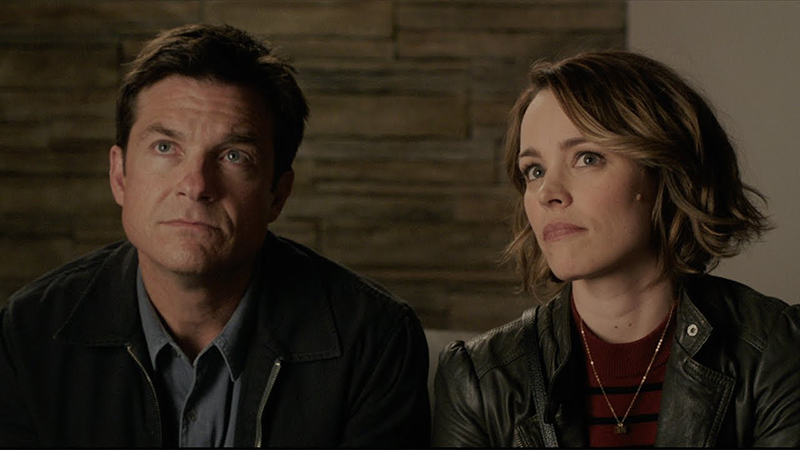 I love witnessing a solid R-rated comedy in theaters with other individuals who enjoy laughing loudly at some crude humor, and this is what director duo John Francis Daley and Jonathan Goldstein deliver. Married couple Max (Jason Bateman) and Annie (Rachel McAdams) enjoy a friendly competition with their friends and family, whether it’s a video game, a board game or charades. During one of their nights of gaming, Max’s brother, Brooks (Kyle Chandler), sets up a realistic kidnapping scenario. Due to his unethical employment endeavors, however, a real kidnapping occurs, unbeknownst to the group. From accidental shootings (complemented with a gag-inducing bullet removal) to enduring the creepiness of their recently divorced next-door neighbor, Gary (Jesse Plemons), the night’s events spiral out of control, topped with nonstop laughter along the way. Bateman has been accused for playing the same character over and over, but if said persona brings chuckles (and paychecks) time and time again, why would anyone decline the offer? The ensemble cast is fantastic, with all of their faults displayed across the screen, but it’s Plemons who absolutely steals the show with his monotone and ill-manned speech pattern. As the mystery unfolds, the film never forgets to keep the audience laughing as well as letting the story progress. As a connoisseur of trivia nights and game shows, this critic loved every second. I want to see the film again to hear the multiple jokes that were drowned out with my laughter. –Jimmy Martin