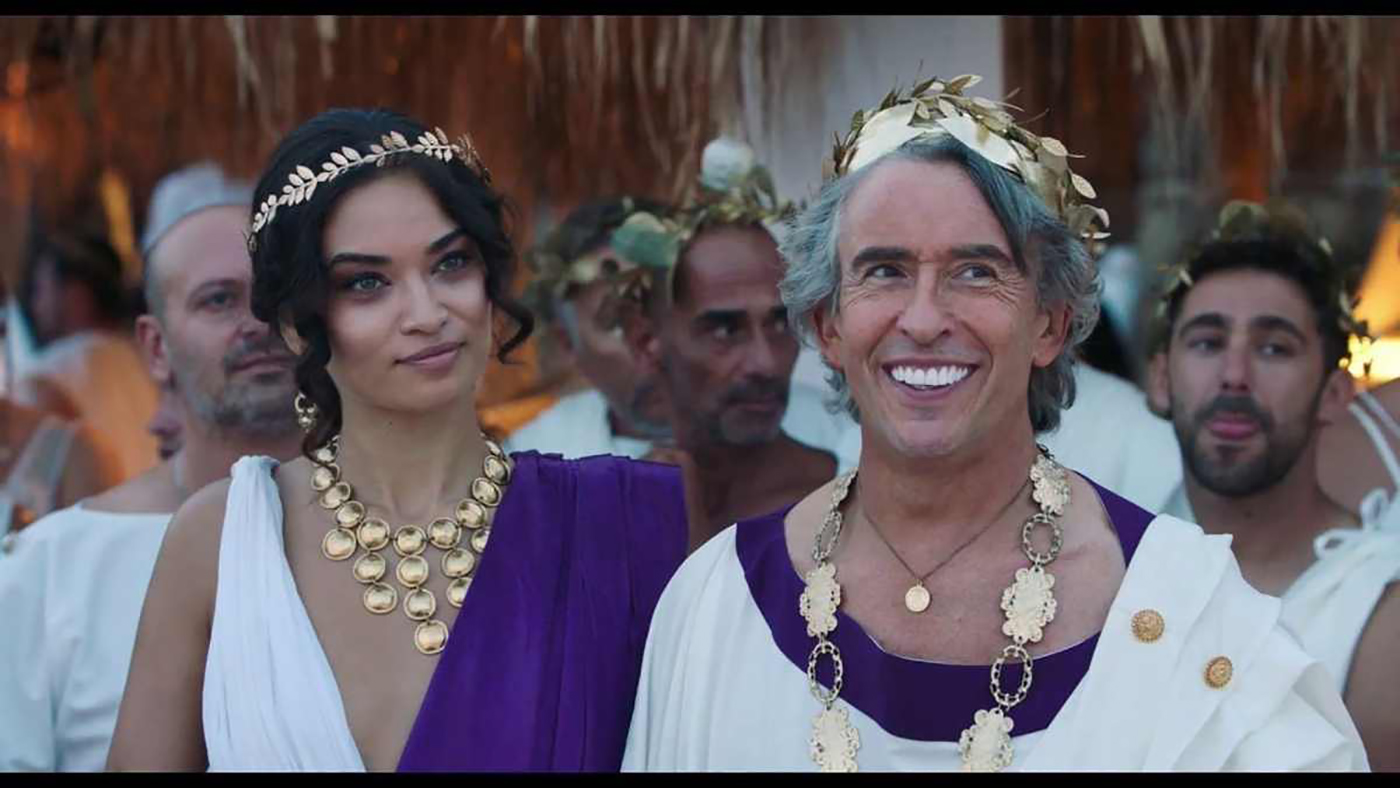 Every once in a while, a movie comes along that has all of the right ingredients to emerge as something exceptional. Greed is not one of those films.

Steve Coogan stars as a retail billionaire named Rich McCreadie, which should clue you in on the the level of sophistication and subtlety we’re dealing with here (say the name out loud if you’re not getting it). The story centers around the preparations for Rich’s spectacular 60th birthday bash, a theme party based on his favorite movie, Gladiator, held in an exclusive hotel on the Greek island of Mykonos. Greed introduces us to a steady stream of overly quirky caricatures, including Rich’s ex-wife Samantha (Isla Fisher), who seems to exist mostly forexposition; his mother (Shirley Henderson), better known as “Moaning Myrtle” of Harry Potter, a proud and formidable woman who has enabled her son’s climb to the top no matter who he’s stepped on along the way; his daughter Lilly (Sophie Cookson), who is shooting a reality television show; his mopey son Finn (Asa Butterfield); and a journalist (David Mitchell) who is trying to gather material for Rich’s biography. As they all gather in preparation for the big event, a group of refugees have taken up residence on the beach, spoiling the view. This is a prospect that Rich simply will not tolerate.

Greed sets out to be a searing indictment of the super rich and the way the garment industry brutally exploits laborers around the world, and it’s a worthwhile message. But sadly, it isn’t funny enough to succeed as a comedy, with an astonishing number of lines that fall painfully flat (“It’s a bad time? It’s always a bad fucking time! It’s bad o’clock!”). It’s not nearly clever or insightful enough to be true satire. It’s also so muddled and unfocused that, despite being about as subtle as a community bedpan, it still has to spell out what it’s trying to say, point by point, in a deadly serious sequence that plays out like a “very special episode” of an ’80s sitcom. The cast is all doing the best they can, but writer/director Michael Winterbottom (Welcome to Sarajevo) seems to be completely lost, reveling in smug self-indulgence and then trying to cover up his failure with a heavy-handed public service announcement. The moments that actually work are so few and far between that Greed is both embarrassing and infuriating.

While its anti-capitalist exploitation message is well meaning, this doesn’t change the fact that Greed is a pompous, cheesy and dreadful film. By the time its mercifully short runtime was over, the only thing that it had successfully accomplished was to make me want to watch Gladiator again. –Patrick Gibbs