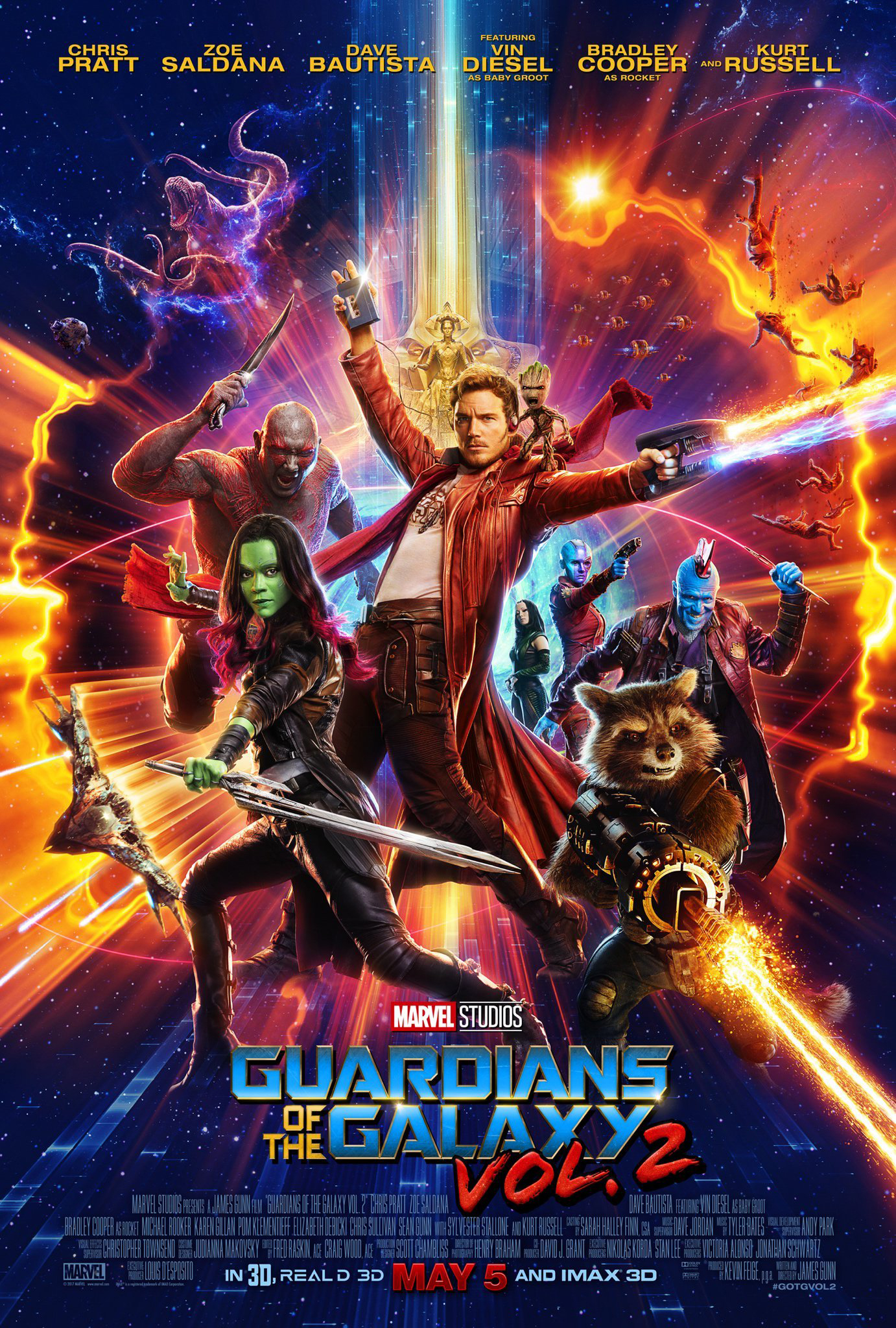 Guardians of the Galaxy Vol. 2

It’s hard to believe that the mastermind behind Tromeo and Juliet is unleashing another well-received space opera–comic book franchise that makes an unbelievable amount of cash at the box office. Three years ago, director James Gunn made the world fall in love with a talking raccoon (aka Rocket, voiced by Bradley Cooper), a tree with a limited vocabulary (aka Groot, voiced by Vin Diesel) and a thief reminiscent of Han Solo (aka Star-Lord, played by Chris Pratt). Alone with this trio and a handful of other characters, Gunn revealed a storyline that only a small percentage of geeks were aware existed, and made it a household name. His initial soundtrack was incredible with its obscure titles, and the latest edition does not disappoint. In this newest adventure, Star-Lord learns the truth of his biological father, Ego (Kurt Russell), and attempts to rekindle their broken dynamic all while trying to survive an onslaught of alien attacks from multiple angles. Gun offers more jaw-dropping space-battle sequences, a multitude of obscure pop culture references, new character dynamics and a script that is even more outrageously hilarious than that of his first trek. After achieving greatness with this release and the success of 2015’s Ant-Man, it’s becoming more and more clear that Marvel can pull off just about any franchise with a bright outlook ahead. Thank you to Gunn for bringing this critic’s childhood back on the big screen with a 1980s version of Russell, a handsomely rugged Michael Knight and a brief appearance by Pac-Man. One can only sit and wait anxiously as the blockbuster studio continues to defy defeat and bring more varied characters to the surface from their never-ending library of geekdom. –Jimmy Martin