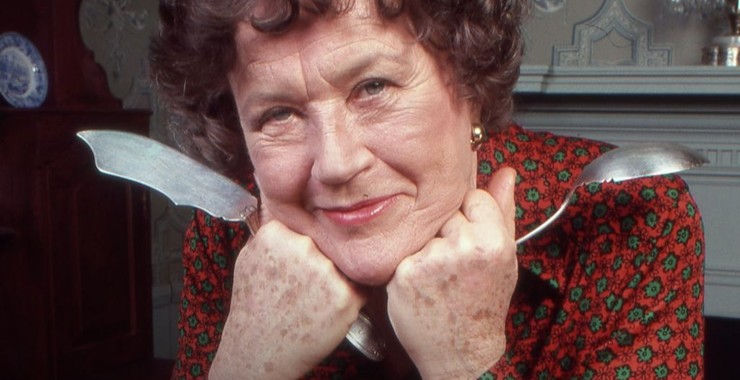 Directors Julie Cohen and Betsy West had set a high bar for themselves with RGB, a 2018 film chronicling the life and career of the late, great Ruth Bader Ginsburg. With Julia, Cohen and West take on the story of famous cook Julia Child, and the filmmakers have found a winning recipe.

Julia is the story of a woman who came from wealth and prominence but chose to follow her own path. Julia served in the OSS during World War II where she started as a typist but quickly became a researcher working directly for the head of the organization, General William J. Donovan. Living in France after the war, she discovered her passion: food. Specifically, gourmet French cuisine, which she would introduce to America by writing Mastering the Art of French Cooking—a cookbook that would go on to sell over 2.5 million copies, turning Julia Child into a television personality and household name. Child changed American food and the way it was thought about, even pioneering the concept of cooking shows. Through extensive archival footage, Julia traces the history of this remarkable personality and the impact that she had on the public, starting from the moment she took her first bite to her role as an activist championing women’s reproductive rights, as well as the myriad struggles she faced throughout her career.

The sheer amount of footage, much of which has never before been seen, is staggering, and Cohen and West capture the mouth-watering appeal of the delicacies she popularized while also painting a vivid portrait of Child as an individual, such that it’s difficult not to get swept up by the charm of Julia and her unique story. Excerpts from Child’s journals give a vivid glimpse of who she was and what made her tick; interviews with countless chefs and others who knew her or were influenced by her help shape a strong and entertaining narrative. The musical score by Rachel Portman (Benny & Joon, The Cider House Rules) sets a tone that is as light and fluffy as a souffle. While Julia isn’t exactly a profound experience, it offers enough courses and nourishing substance to satisfy audiences whether they have any particular interest in the subject matter or not. Julia gave me an irresistible urge not only to get into the kitchen and do some real cooking but a whole new appreciation for her magnetic personality. The exquisite closeups of delectable dishes that are peppered throughout the film may seem like a cheap and unnecessary device to some, but it creates the atmosphere of infectious enthusiasm for gastronomy that is essential to appreciate what made Child so popular.

Julia isn’t the inspiring experience that RBG was, but to use an old and obvious food metaphor, it’s as good an orange as RBG was an apple. A biographical documentary is about capturing its specific subject, and this film couldn’t have done a better job of interesting viewers in Child and her contributions to food and culture. Julia may not be the most life-changing or insightful documentary of the year, but it’s elegant, sweet and baked to perfection. –Patrick Gibbs