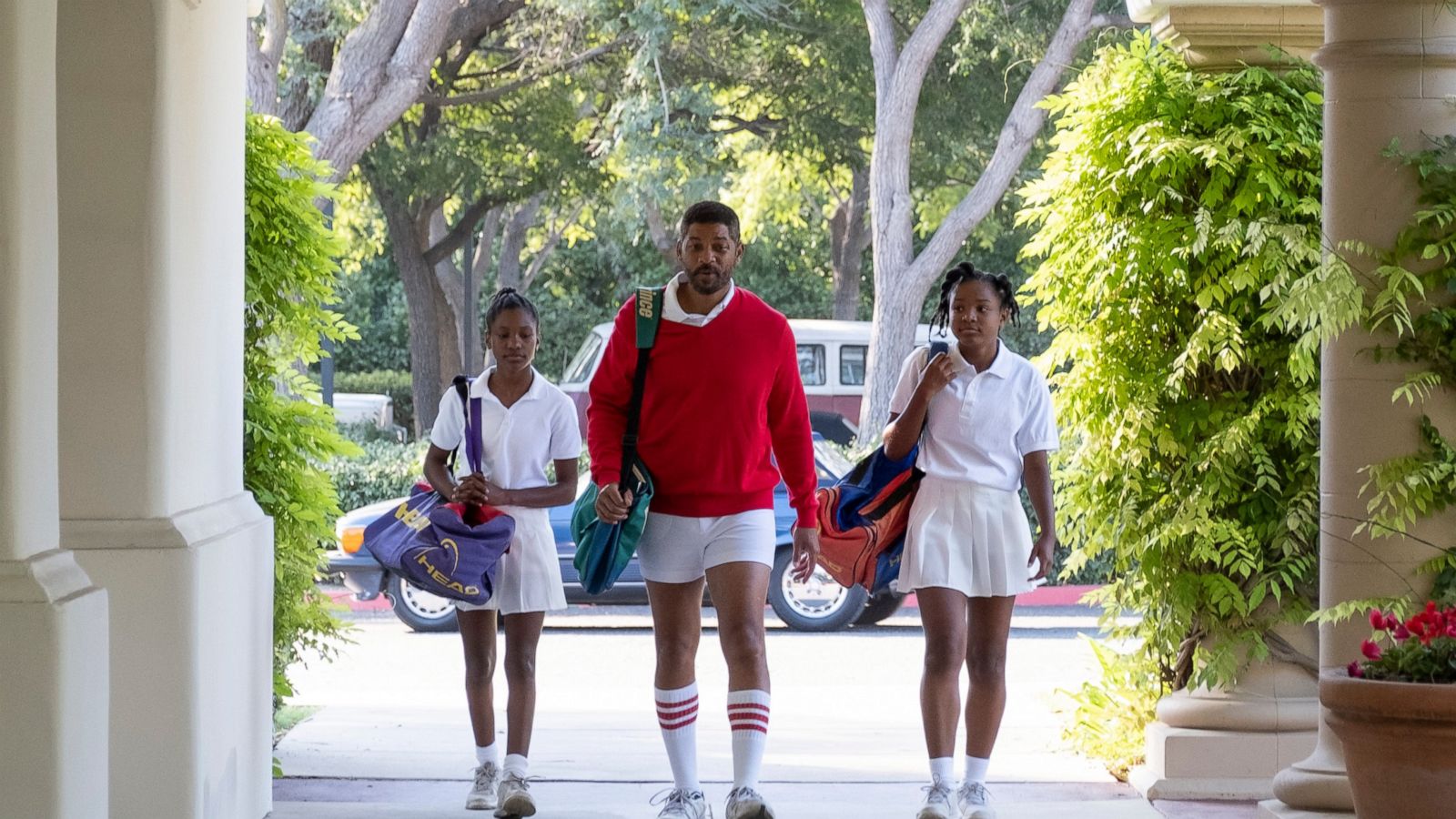 Westbrook Studios
In Theaters and Streaming on HBO Max 11.19

There was a time when Will Smith was one of Hollywood’s most reliable stars. Not only did he hold power at the box office, but he instilled confidence that his starring roles would beget good if not great films. These days, if he makes a movie that is possible to watch from beginning to end without banging my head against a wall, it’s noteworthy. I’m pleased to report that I got through King Richard without even a minor concussion.

King Richard is based on the true story of Richard Williams (Smith), an undeterred father who raises two of the most extraordinarily gifted tennis players of all time. Driven by a clear vision of their potential and using unconventional methods, Richard has a plan that will take his daughters, Venus (Saniyya Sidney, Hidden Figures) and Serena (Demi Singleton, Godfather of Harlem) to the top of the game.

Director Reinaldo Marcus Green (Joe Bell) is a capable craftsman with a strong sense of pacing, and he’s assembled a can’t-miss cast. Smith is electrifying, giving one of the strongest performances of his career, and he is ably supported by an ensemble including Tony Goldwyn, Jon Bernthal and Aunjanue Ellis.

Richard Williams is a compelling and mostly likable figure, but King Richard falls short of greatness because its primary goal above all else is to win Smith that Oscar he wants so badly. The result is the unfortunate feeling that a film about how Venus and Serena are going to achieve greatness is instead focused on their father. That these legendary athletes are reduced to underdeveloped supporting characters is a disservice to those it would inspire.

That being said, King Richard is still an effective, feel-good film with a fresh take on the formulaic sports story. Striking cinematography by Robert Elswit (There Will Be Blood), crisp editing from Pamela Martin (Battle of the Sexes) and a beautiful score by Kris Bowers (Green Book) add a great deal of nuance. There’s no question that King Richard is a well-made, crowd-pleasing film. Given how controversial Richard Williams was for his spurious promotion of his family, it feels a bit too uncomfortable that the film lets him hog so much of the spotlight.

King Richard is inspiring and a film well worth seeing, a return to form for Smith. I for one won’t be fully satisfied until Venus and Serena each get their own movies. –Patrick Gibbs