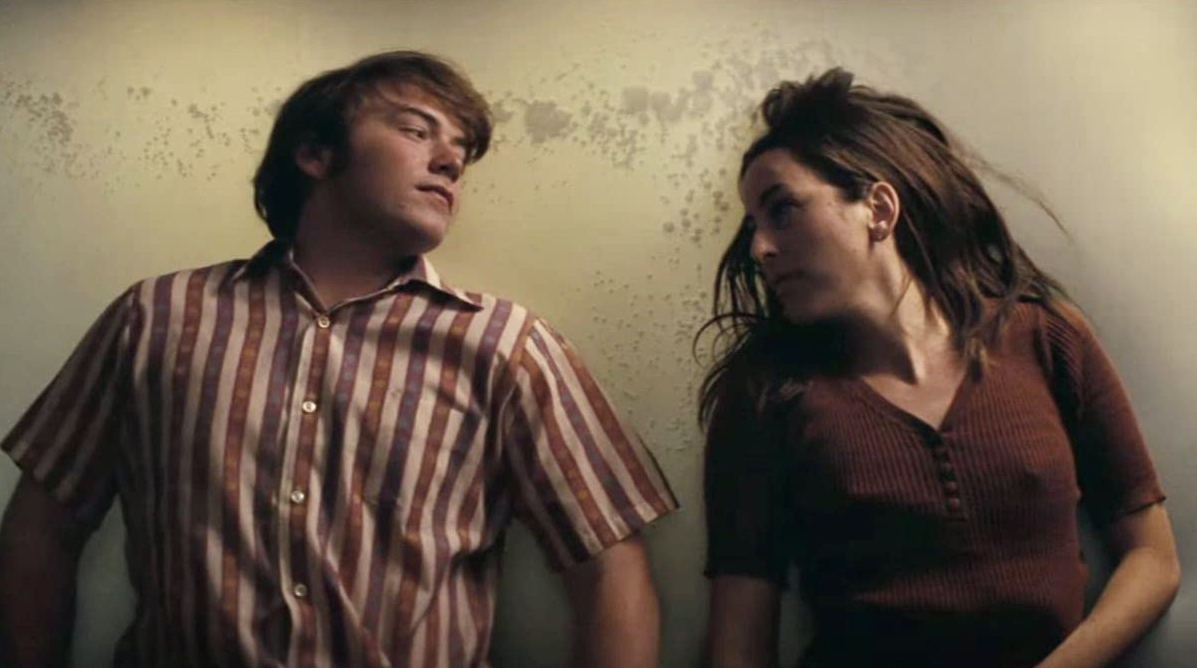 If you’ve been following the awards season buzz, you’ve no doubt heard a lot of talk about Licorice Pizza, the new comedy from Paul Thomas Anderson (Boogie Nights, There Will Be Blood). The two things you’ve probably been most curious about are, first, what the title means, and second, is it as good as everyone is saying it is? The answer to question one is that it’s the name of a record (LP) store in the San Fernando Valley where the movie takes place. The answer to the second is “yes and no.”

Licorice Pizza begins in 1973, when Gary Valentine (Cooper Hoffman), a precious 16 year old, meets Alana Kane (Alana Haim), a photographer’s assistant who is helping out at school picture day at Gary’s high school. Child actor Gary begins hitting on the 26-year-old woman immediately, asking her to go to dinner with him. While Gary isn’t conventionally good looking, or an adult—I cannot emphasize that last part enough—he has a confident charm that intrigues Alana and she eventually acquiesces to meeting him for dinner. The two become friends, and when Gary’s mother is unable to serve as a chaperone when Gary needs to go to New York for an appearance on a variety show, he talks Alana into coming as his chaperone, because—I cannot emphasize this enough—he’s a teenager, and she’s an adult. That turns out to be the beginning of not so much a beautiful friendship as an amusingly quirky one, as well as a series of vignettes chronicling Gary and Alana’s  misadventures together.

Licorice Pizza is whimsical, clever and often very funny; an American Graffiti–style coming-of-age movie set in the ’70s rather than the ’50s. It’s also far too long and unfocused, and I’m giving a spoiler warning on this next point. There’s no reviewing Licorice Pizza—at least for me— without out getting into a serious issue: You may have noticed my not-so-subtle references to the age difference between Alana and Gary, and yes, that is because things do go in a romantic direction. At one point, after Cooper harsases her into doing so, Alana even shows him her breasts. The fact that these two end up together at the end is just plain disturbing. If the genders were reversed, everyone would be up in arms about this film glorifying the idea of such a relationship, and that’s what bothers me the most. It’s a double standard that’s bothersome from either perspective.

Now, with that elephant in the room addressed, there’s no denying that Hoffman, son of the late, great Phillip Seymour Hoffman, is great, and Haim is even better. Licorice Pizza gets a lot of mileage out of the setting and the things you’d only encounter in tinsel town, and it’s definitely a “Hollywood is in love with itself” kind of film. Hoffman’s character is based on real-life child actor-turned-producer Gary Goetzman, and Sean Penn is amusing in a cameo as a movie star based on William Holden. But it’s Bradley Cooper who steals the movie in a  hysterical and spot-on portrayal of Jon Peters, the infamous and opportunistic hairdresser boyfriend of Barbra Streisand who went on to produce Beetlejuice and Batman and then almost destroy Columbia Pictures—you don’t have to even know that this character is a real person to find it funny.

Licorice Pizza is often delightful, if a bit aimless, and it’s expertly done, but the central relationship left me with far too many concerns. –Patrick Gibbs